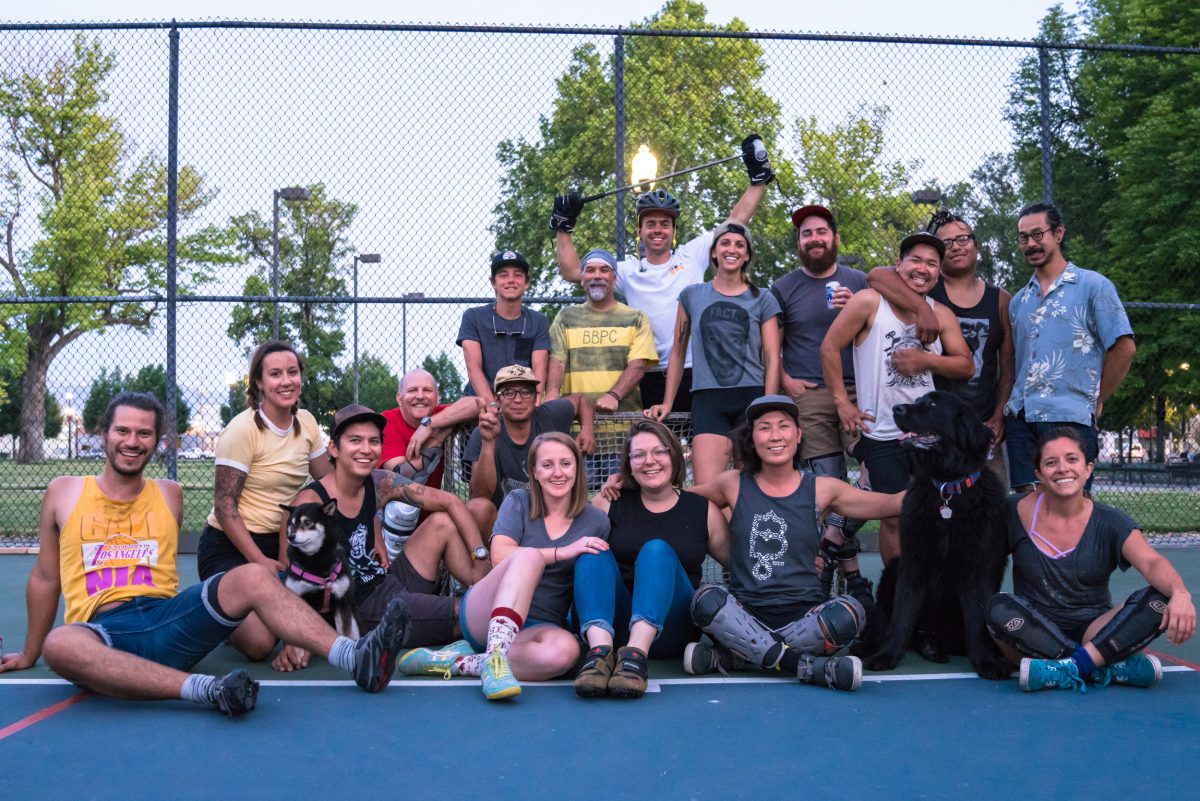 A brief history and synopsis of Bike Polo: Originally, it began in the late 1800s, spawning from horse polo. Its playing field was initially grass, and in the last decade, it transitioned to hard courts. Typically played by two teams of three, the games last for 12 minutes, or until a team reaches five points. One-point goals can be shot by hitting the ball with the back of the mallet, and the player must stay on the bike at all times. If feet touch the floor, the rider must go to the middle of the court to tap back in.

Bike polo clubs can be found in a surprisingly large amount of major cities around the world. Hop on Facebook in places like New York City, Paris, Hong Kong or L.A. and find pick-up games. The bike polo communities will often further the hospitality by inviting out-of-town polo players to crash at their places.

According to David Barthod, Beehive Bike Polo Club culture is founded on the principles of being downright nice and inclusive to everyone. In fact, the “number one unwritten rule” of bike polo, he says, is “Don’t be a dick.”  That goes for on and off the court.

The Beehive Bike Polo Club consists of around 25 members and has been growing over the past two to three years. During meet-ups, those who aren’t playing socialize, barbecue and play with their dogs. Although Bike Polo games are mostly for easygoing social playtime, a few of the members do compete in bike polo games around the world.  The Beehive Club plays year-round, almost every Tuesday, Thursday and Sunday.  For a few hours, they play in parking garages downtown during the winter and in Pioneer Park year-round.  The club is pushing hard for official courts.

Last year, Beehive Bike Polo applied for a grant from Utah’s ZAP (Zoo, Arts and Parks) program. Approved for $25,000, the Beehive Bike Polo Club awaits the finalization of the grant to claim a space, transform an existing tennis court, compile gear and start a youth bike polo club in Glendale. Although the club received a bit of pushback from the tennis community, the idea is to transform one of the tennis courts into a multi-use sports court for things other than bike polo, too, like roller skating, roller derby and tournaments. The court and youth bike polo club would serve more than just a small part of the community and diversify park activities.

Once everything comes together, the youth bike polo club will provide a free activity for a diverse group of SLC kids to do in a safe environment, at the Jordan Park. The organization would provide free equipment (bikes, safety gear like pads and helmets, and mallets) through a collaboration through the SLC Bicycle Collective.

This beautiful and unique vision still needs the support of the Glendale community and mayor. If people in the community would like to see a youth polo committee, talk to the Glendale Community Council and express your interest.