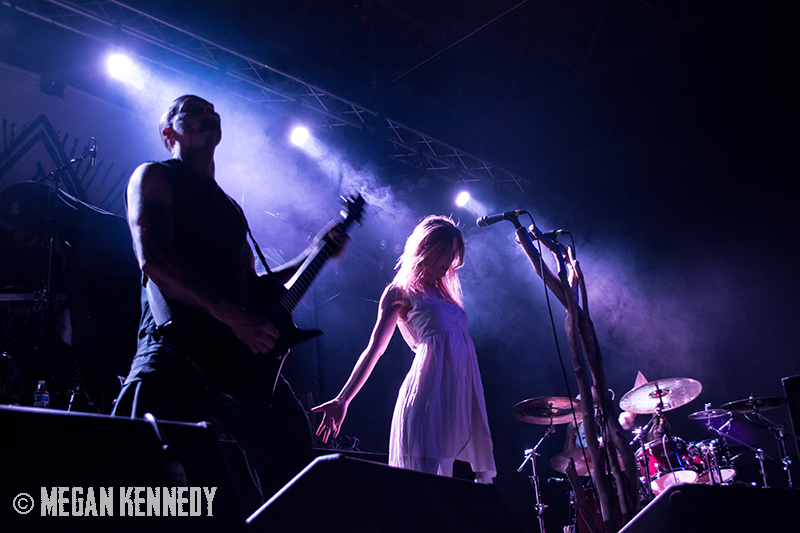 Darkness! Evil! Mayhem! Fire! Goddamn, I love a good, live, black metal show, and the Behemoth/Myrkur tour did not disappoint. With no opening acts and the sonic and lighting goodness that is The Complex, these European ambassadors of chaos gave fans a night to remember.

Opening the night, Danish one-woman black metal artist Myrkur (this time with live touring musicians at her side) gave Salt Lake a taste of her first tour of the States. Her haunting style of black metal, laced with clear-as-a-bell folk vocals, has been divisive, and she herself has endured some serious bullshit, including death threats for creating her music. To see her onstage, defiant and in her element was a powerful statement, and Salt Lake fans showed her a lot of love.

Behemoth’s more effects-elaborate stage show came next; vocalist Nergal ascended the stage with firesticks in hand, like some unholy priest of darkness. They performed the entirety of their most recent album, The Satanist, for a packed crowd of hungry metal fans. The set roared by so fast in all its glory, and it was hard not to be sucked into the beauty and atmosphere of their evocative and highly visual performance.