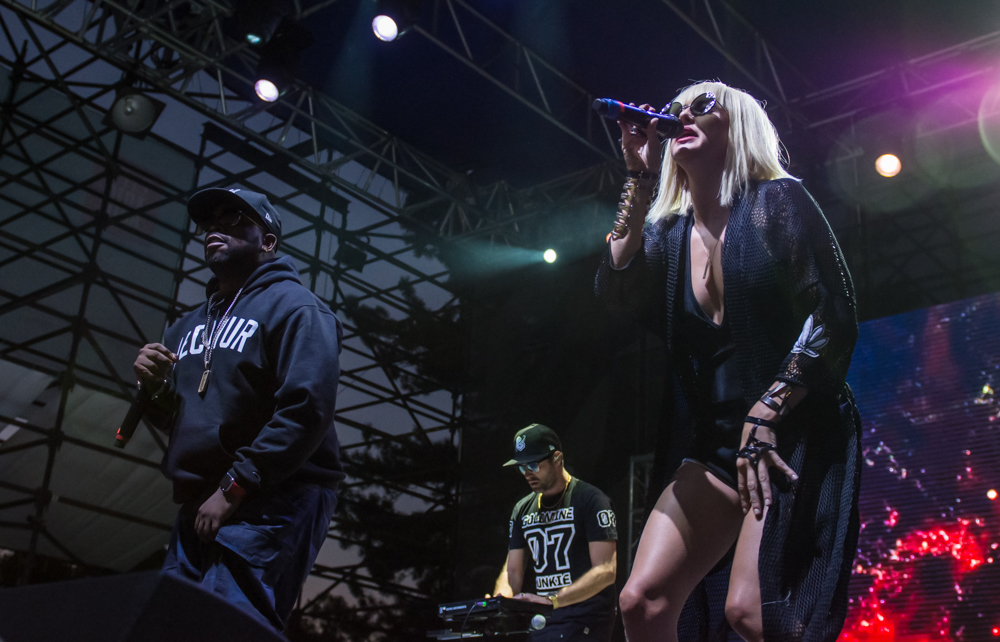 The vibes around Pioneer Park were electric this past Thursday night for the second week of the Twilight Concert Series. People gathered for the collaboration between two well-known artists: Big Boi (of Outkast) and Phantogram—together, these artists perform as Big Grams. Phantogram, a past Twilight performer from New York, worked on Big Boi’s last solo record before their latest, self-titled EP was released. The partnership shows Big Boi’s new approach, relinquishing the spotlight to produce more progressive and innovative music. The trio, brought to SLC by the Salt Lake City Arts Council, not only comprises great musicians but also dynamic performers, and Salt Lake City was in for a whirlwind experience.

The night started off with local artist Burnell Washburn and DJ Vagif’s electric performance, consisting of a conscious hip-hop set. Burnell, a well-known local rapper, has performed opening acts for artists like Macklemore, Snoop Dogg, Logic, The Underachievers, Atmosphere, Mac Miller and Mos Def. His good friend, DJ Vagif, is a newcomer to the SLC scene, having recently returned after living in New York City. Anderson .Paak and The Free Nationals hit stage next, and they did not hold anything back at the opportunity to get the crowd fired up. Playing their top hits, “Glowed Up” and “The Waters,” the act was one of the most energetic performances I’ve had the pleasure of photographing. By the end of his set in 100-degree weather, Anderson .Paak was dripping with sweat.

After Anderson .Paak and The Free Nationals, the sun began to set, and the Salt Lake City crowd was amped for the headliner. Big Grams walked on the stage and greeted the fans with a song off their latest EP, “Run for Your Life.” The energy was palpable throughout their set, especially when a mashup of Outkast’s “Ms. Jackson” and Phantogram’s “Mouthful of Diamonds” was timely dropped. The crowd absolutely lost their minds! Continuing through the final song, “Drum Machine,” the vibes in the park remained charged, intoxicated by the brilliance of Big Gram’s music.