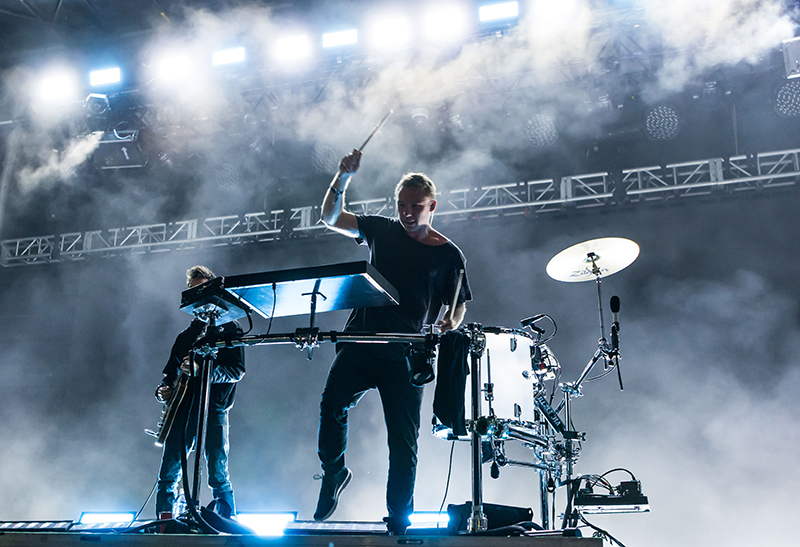 Only days after the summer solstice, crowds gathered in the shadow of the Jordanelle dam for the three-day Bonanza Campout Music Festival. Located in Heber, Utah, 40 minutes from downtown SLC, the two-stage venue was home to all sorts of camping and a variety of food trucks and local artists. The celebration started on Friday night with many amazing artists who gave the crowd a wonderful welcome to the River’s Edge.

Day One brought early campers and vendors to the ground where there was a variety of options to choose from: cabins, tents and already setup campgrounds. For many, that meant parking and taking a shuttle with their gear to the site. The vendors, on the other hand, brought wild vehicles with kitchens, studios and boutiques to offer their local goods to the wandering crowds. Tickets to the show were RFID bracelets that provided a credit system that could be filled up at various locations. Each vendor had a tappable scanner that many of them said was helpful in simplifying the whole process. After hitting all the cool stuff outside the music, the concerts started with a bang. Bands like Cut Copy and Slow Magic performed amazing sets that enthralled the first night’s fans. Nick Murphy, aka Chet Faker, wrapped up Friday night and left the crowd anticipating the next day.

Day Two was a hot June day where the shows started earlier to accommodate all the amazing performances. Big Wild, Cherub and Nas played some of the most amazing music I have ever heard. Cherub, a band I had not heard before, had such an enthusiastic stage presence that I’m definitely a new huge fan. Ms. Lauryn Hill warmed up the chilly evening with her lively dulcet tunes, which included backup singers, a trumpet and many other artists. The energy emanating from the adoring fans filled the whole valley.

Day Three brought the biggest crowds of the weekend. Throngs of music lovers flocked between the two stages from midday until sun down. Duke Dumont, an English DJ, played his sexy deep house that had the crowd amped for the headliner. As the weekend reach its close, Odesza played their electric beats and energetic lights to end the Bonanza Campout weekend. Fireworks exploded in the sky as the show ended, and everyone shuffled off to either the afterparty at the Pond Yacht or to sleep and be ready for work early Monday morning.