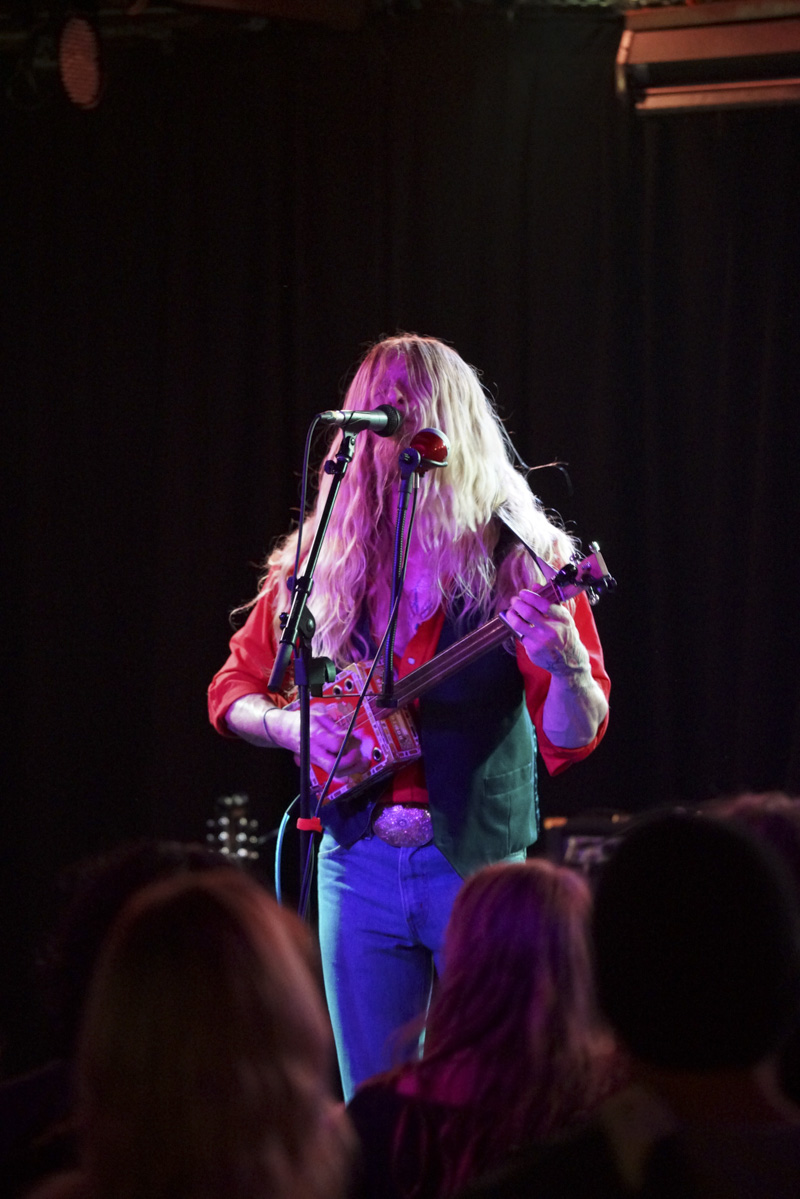 Candy’s River House had their first full length CD release show on Wednesday, Dec. 9 at The Urban Lounge. Their band is a mix between Bad Company, ZZ Top and Free. This new CD is taking Candy’s River House back to the South. They have been working on this new album for seven months and have put everything that they have into it. Supporting bands were Crook and The Bluff and The Weekenders.

Crook and The Bluff started the show with some smoke which filled the floor and began to play to the crowd with their psychedelic western blues music. Sarah’s drum playing kept the band on pace and the frontman Kirk Dath sang and kept the crowd going. They were a great opening band to get the crowd ready for Candy’s River House.

The Weekenders were up next and had no smoke and simple lighting as they did not need it. They have a simple ’70s rock feel to their band and are great at it. Frontman Rob Reinfurt proceeded to to wow the crowd with his amazing guitar playing and great voice.

Candy’s River House started in Tennessee and reformed locally here in Utah. They want to be known as a southern rock band and they play their shows “raw.” Jordan Young said that they “just plug in and play loud.” They are going to be heading out on their spring tour to keep southern rock alive. They opened the show with the raw guitars and and vocals and proceeded to ask the crowd where the whiskey was at. The crowd obliged and brought the band 8 shots of whiskey. They proceed to show the crowd what real southern rock is and the crowd loved every second of it, dancing to the songs all through their set. By the end of the show at 1 a.m., the crowd was still chanting for more music.