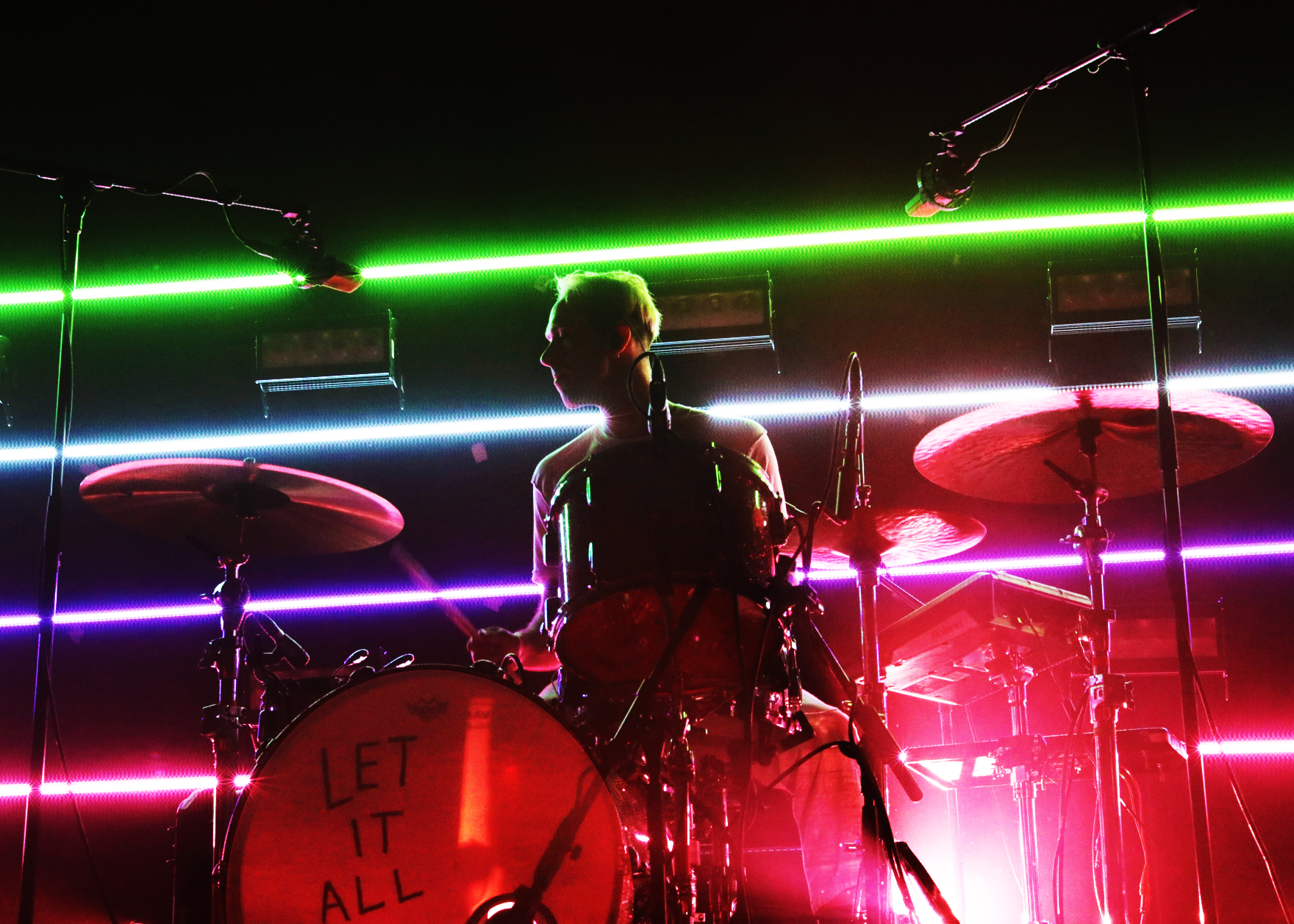 Ryan Winnen on drums and some sick lighting behind him. Photo: @Lmsorenson Photography

Good gracious! It was cold, windy and there was a line of people waiting to get into The Depot. The line wrapped around the block of fans in Spring or Summer clothes being waved inside one by one by security to the sold-out COIN show.

As teens and young adults made their way into the venue with their friends and or parents trudging behind as they recover from the cold, they head upstairs to the second stage to grab a spot. As groups fight over who is going to get what t-shirt and album from the merch table, the few 21+ attendees went upstairs to grab a drink before the opening musical guest took the stage.

Arriving to the stage with a tease as the audience members see them step off of the freight elevator with a dimming of the lights and the building of atmosphere. First up is Tessa Violet, preceded by her band including drummer and guitarist, Tessa Violet aka Tessa Violet Williams from the NW area is a singer, songwriter and vlogger. Singing some more breakup, bubblegum inspired tracks, Tessa connects immediately with her audience as they sing along with the chorus. Reinforcing a positive outlook, Tessa reminds the crowd that they are amazing, that  “no one can make you less than you are,” and that “therapy isn’t bad and self-love is a norm.” Invigorating the young audience, Tessa and her band teach them songs and lyrics and instruct as they go, encouraging a lot of delightful results.

After a small break and no one leaving their spots to go the bathroom nor bar, next up is the trio from Nashville named after the popular form of currency, COIN. They take the stage under some lights, a little smoke and a whole lot of “ohhh…he’s cute!” from the front row. The American indie pop band made up of Chase Lawrence (lead vocals, synth), Ryan Winnen (drums) and Joe Memmel (lead guitar, backing vocals) take position and play tracks such as “I Would,” “I Want It All” and “Talk Too Much” while keeping the energy high. As if expressing love sickness and hopeless romantic feelings weren’t enough, they took literal roses from the audience. They had everyone’s hands and feet in the air and the second floor felt as if it were about to give from the packed event.