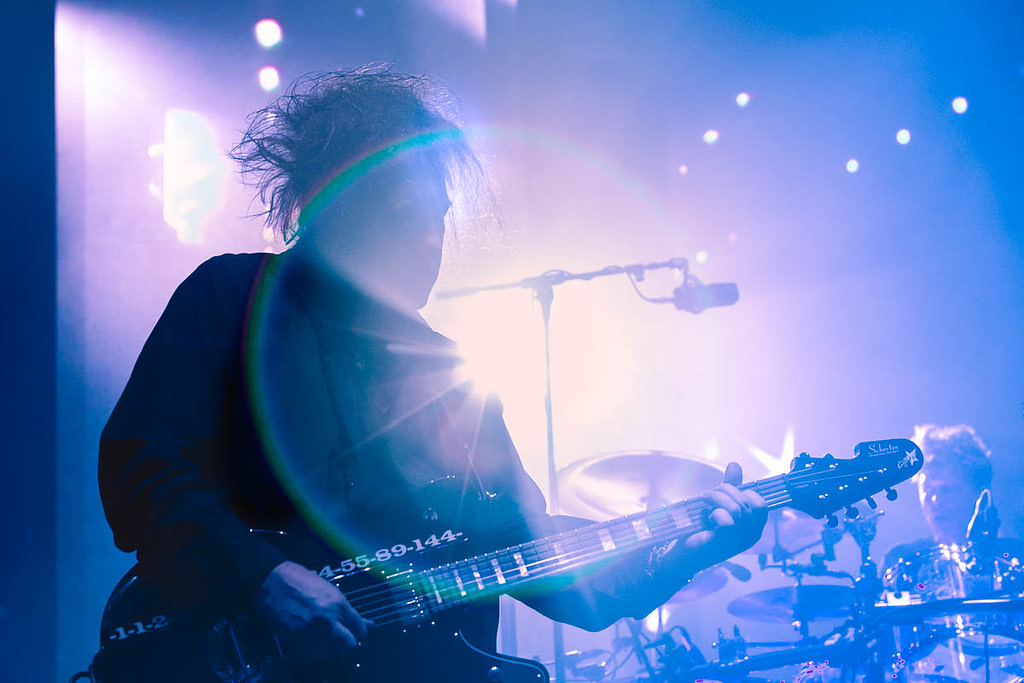 The ’80s-defining rock band The Cure come to Salt Lake City during their international tour. This English group formed in the 1970s and soon invaded and dominated the soundtrack of a decade. Fans from all over the Salt Lake Valley poured into the Maverick Center in West Valley City. Groups of families, friends, mother-daughter duos, goth kids and veteran fans all bought tickets to see the band onstage, many audibly exclaiming that they had never been able to see them live and have waited for years for the opportunity.

After a lengthy setup time, the guitars were set and the drums shone with The Cure’s logo. This arena was packed almost to capacity was ready for some rock music from the post-goth musicians. Robert Smith entered the stage in near darkness as the other band members followed suit. With no fuss and no introduction, they grabbed their instruments and began to play. The audience erupted with applause and screams as people in the seated front area ignored security and rushed to the barricades to stand as close to the stage as possible. Leaning forward, torsos stretched toward the stage, the fans stared, both directly and through their phones, as the first song ended and washed the crowd over with warmth and nostalgia.

Smith took the audience through time: The hits that one would hear on the radio in 1987 sounded as fresh as if they were just written today. Smith effortlessly played and sang as if it were second nature, still sporting that signature, Edward Scissorhands-meets-tumbleweed hair and rocking along with fellow musicians Simon Gallup (bass), Reeves Gabrels (guitar) Roger O’Donnell (keyboard) and Jason Cooper (drums). The Cure put on a lengthy show that was both a reminiscence of peoples’ pasts and a must-see for younger generations.