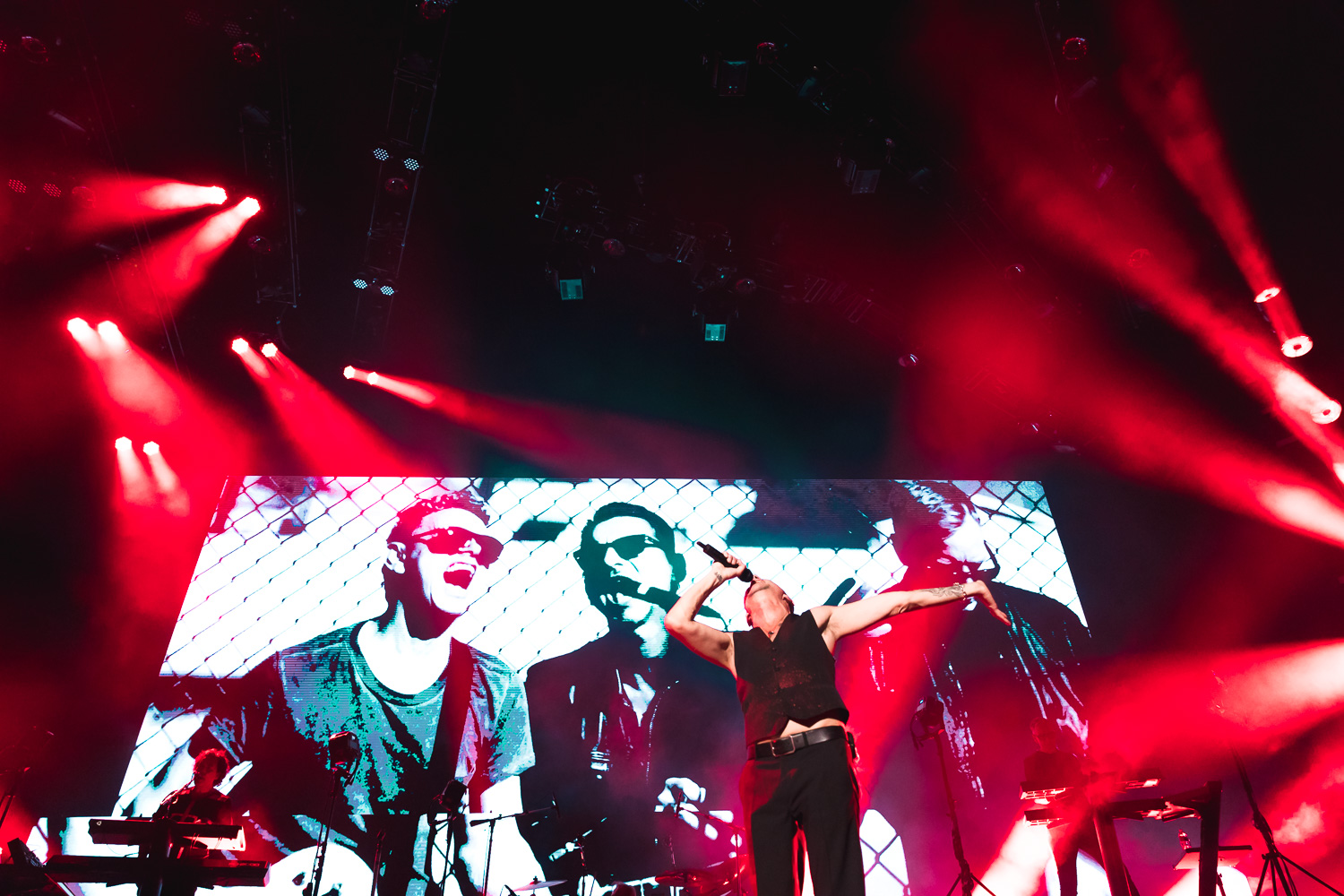 Some bands transcend the year or decade they dominate. They continue on in many other ways beyond only their albums. They mix into our culture, into our movies—we relate entire sections of our lives to their hits, forming and reliving memories with the songs. Depeche Mode are one such group, with a sound that is exciting, addicting and eerie, yet sexy. Depeche Mode have affected so many people’s experience of music and personally, I can attest that I cannot recall when I first heard this group. Was it 1989? 1990? 1995? My whole understanding of music as a child came directly from the movies I watched, the radio I listened to and my family’s CD collections. For me, Depeche Mode were there, available to me. Like so many other 1980s groups, Depeche Mode are heavily influenced by electronic and synth elements, with hard-hitting formations with a certain sway and energy to them. Depeche Mode have at times ranged in sound similar to David Bowie, Annie Lennox, INXS and The Cure and even Devo and Duran Duran. Even now, Depeche Mode have been noted to have spread their influence well beyond their origins for groups such as Muse, The Killers, Crystal Method and even Coldplay.

Effect and range arguments aside, I do not really believe there is a doubt in the world that this crew of synth, pop, new wave Brits has not had a lasting impact on not only the music world, but also people’s childhoods and high school experiences—and contemporary American culture as a whole.

Crowds of people showed up hours early to the USANA Amphitheatre for the Aug. 23 show, sporting design after design of DM T-shirts, some ranging back decades. Vintage and new merch were sported everywhere the eye could see, as fans old and new arrived. Energy and excitement came in full swing when the sun went down and the music swelled. Dave Gahan, Martin Gore, Andy Fletcher and touring DM members made their way to the front amid the squeals and shouts. They began to play some music, and even dance a little, making the evening—or even the year—for their swath of followers.