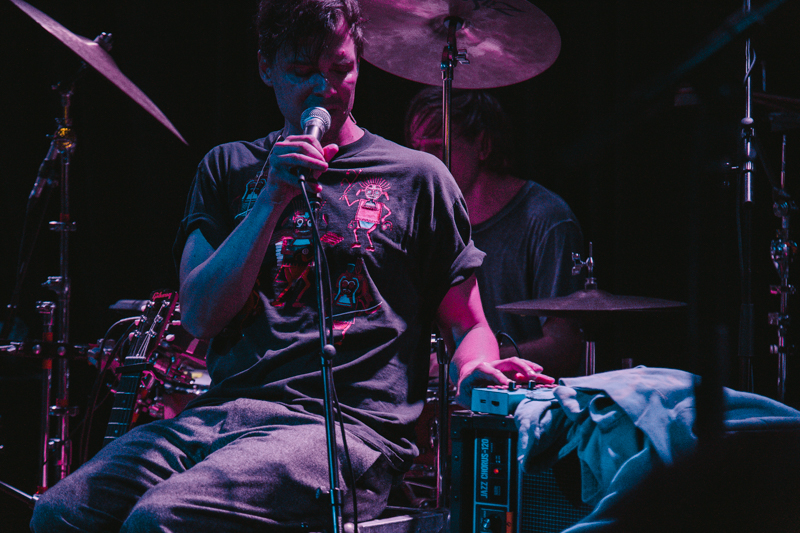 Monday night saw the long awaited return of David Longstreth and his indie project, Dirty Projectors, to both the city of Salt Lake and to the Stage—capital “S”—as part of a promo tour for their forthcoming album, Lamp Lit Prose. Monday’s show was a stop on the band’s first tour in five years, and their only since the release of last year’s self-titled album, consequently drawing a crowd from Utah and the surrounding states that were not bestowed with tour stops. There was plenty of room to breathe, but the dedicated fans that turned out filled Urban Lounge with a palpable energy that seemed to surprise even Longstreth himself and certainly helped to loosen things up after the first few songs.

For those familiar with the band’s earlier work, Monday’s show may not have been exactly the return they were expecting. The band felt far more casual and loose than their catalog of tightly woven, complex music would imply, allowing for charming bits of imperfections and interspersed space for improvisation. That’s not to say that the band wasn’t tight. The stage was packed from edge to edge with enough musical prowess for just as many bands, and they felt flawlessly in sync with one another, even when they ventured far into the weeds of obscure, idiosyncratic rhythms and melodies. Songs began and ended perfectly in time with little more than a shared look between Longstreth and his band, and four-part harmonies seemed to fall effortlessly into place. It was surprising, I thought, for a band who had just come off of a five-year tour hiatus. But a passing comment about a 2003 Kilby Court performance shed light on just how much experience Longstreth has. And that experience, as evidenced on Monday night, is not easily worn away.