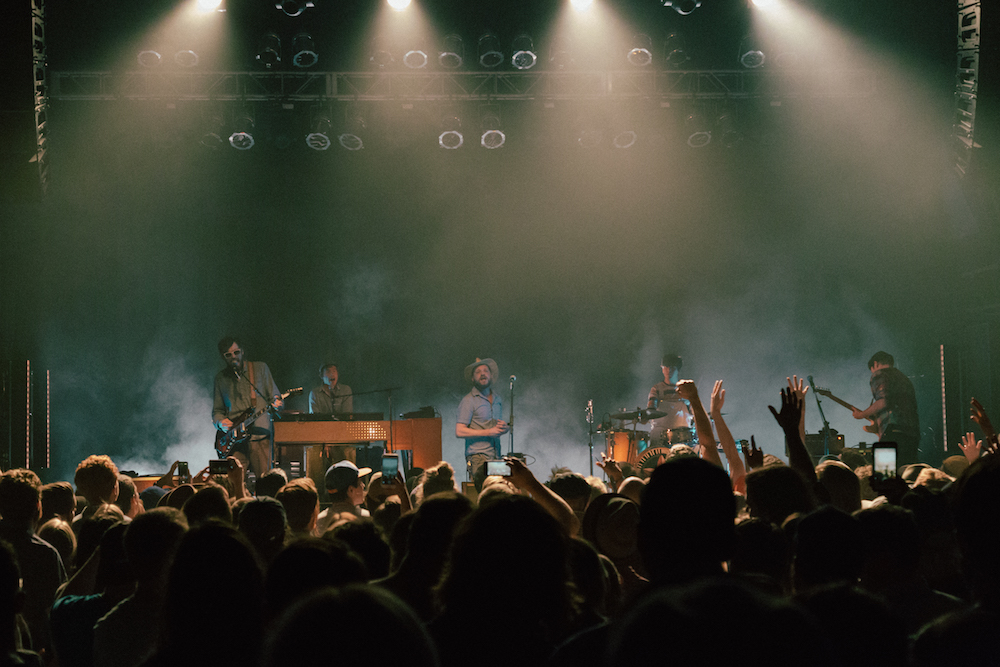 Coming off the release of their critically acclaimed 10th studio album, Critical Equation, earlier this year, Dr. Dog stopped off at The Depot last Monday courtesy of the fine folks at KRCL. The night was one for the books, due largely to the finely tuned set of music performed by the show’s headliners. I would be remiss, however, if I didn’t mention the show’s opener, Sandy (Alex G).

Sandy (Alex G) has been having quite a moment since his 2017 release, Rocket, which cropped up on a plethora of best-of lists from the likes of Pitchfork and Consequence of Sound. The publicity undoubtedly catapulted him into the indie-verse spotlight and cemented his place in indie-rock stardom, but Sandy (Alex G) decided to capitalize on weirdness rather than talent on Monday. Some highlights from the set included a walk out to Rascal Flatts’ “Life is a Highway,” a one-and-a-half minute speed metal tune (screamed vocals and guitar solos not withstanding) and a booze-fueled open-mouth kiss with violinist Molly, who Sandy (Alex G) continually insisted was his sister but who, I later learned, thanks to a bit of Googling, is actually his girlfriend. For those familiar with the singer/songwriter/multi-instrumentalist, the set might have been par for the course. For the rest of us though, it was a wild and unsettling 45–60 minutes. And I still don’t know which name to call him.

Dr. Dog, on the other hand, delivered exactly what everyone came for. The band spent the better part of 90 minutes performing hits from their extensive 10-LP catalog, calling on songs from records all the way back to their 2003 release, Toothbrush. For an album support tour, their set was anything but predictable (as my girlfriend can attest, after hearing me botch a prediction about the encore). Tracks from Critical Equation were peppered in flawlessly among tracks like “The Breeze” from their 2008 LP, Fate, and a number of popular tunes from their 2012 LP, Be The Void. And where many bands might choose to perform a predetermined choice of songs for their encore, Dr. Dog returned to the stage and casually took requests from the audience (hence my botched encore prediction). It’s rare that a touring band brings so fresh an energy to a weeknight show, but Dr. Dog seem to have it down to a science. (Insert Critical Equation joke here.)