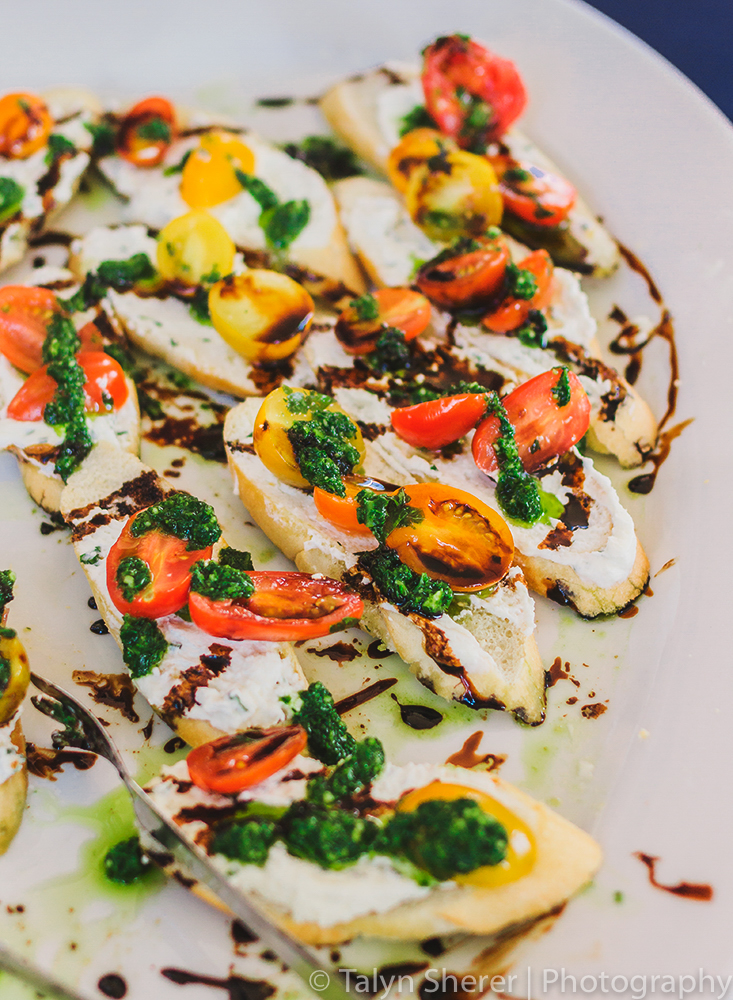 It’s early July, which means my favorite midsummer night’s feast is once again upon us. Originating in 2015 as a celebratory fundraiser for Tracy Aviary, SB Dance and Race Swami, Eat Drink SLC continues to outdo itself. Nearly 30 local restaurants teamed up with a wide variety of wineries, distilleries and breweries to provide small bites and sips to those in attendance.

Despite the best efforts of Tracy Aviary’s dense canopy of trees and its various avian-friendly waterways, that 102-degree heatwave still managed to find me and follow me inside. One of the most interesting things about attending Eat Drink SLC is seeing how the food vendors have tailored their menus to the environment—as Utah has been in the grip of that same heatwave that wouldn’t leave me alone, most vendors used the cooler end of the culinary spectrum to craft their event dishes.

There is only a handful of cold savory dishes that I really like, but on a hot summer night like this, that’s all I really wanted. For me, this evening was all about the food vendors that relied upon their culinary chill skills.

Right out of the gate, Trio’s Charred Octopus served with White Bean Olive Hummus and Hearts of Palm struck a bullseye. The considerable portions of octopus were perfectly tender, and the briny flavor complemented the herbaceous mixture of dill and cilantro that was tossed with the hearts of palm. It’s the kind of small plate that makes one forget that they’re in a landlocked desert by letting some fresh, oceanic flavors roll over the tongue.

As I moved deeper into the aviary, pausing every so often to observe a flamboyance of flamingos or parliament of owls, I came to an impressively arranged table operated by The Blended Table. It’s a catering service frequently booked by organizations like the Utah Museum of Fine Art and Red Butte Garden, and they had packed a lot of gastronomic firepower into their small setup. They started with a crisp and refreshing Watermelon Radish Spring Roll that was accompanied by a Peanut Plum Dipping sauce, and finished with a beautifully cooked medallion of Beef Tenderloin topped with Horseradish Cream. Spring rolls and tenderloin aren’t traditionally bedfellows, but who cares? The tenderloin was juicy, and the crunchy cool spring roll was perfect for a summer night.

The sun was starting to set, which knocked the thermostat down a few notches. It was still a searing 98 degrees, but I was happy to take what I could get. I was also happy to see Cucina’s crispy won tons topped with tuna poke mixed with Guajillo chile, mango and avocado lined up like military troops for inspection. This was another bite that swept me away to a more tropical climate, making me almost appreciate the heat for providing the right contrast to that deliciously smooth poke mixture.

Across the aisle from Cucina, Manoli’s was busy winning the award for the evening’s best use of cold beets. Many vendors had incorporated different variations of beets into their dishes, but the little red beauties at Manoli’s were a cut above. Braised in balsamic vinegar and drizzled with some Horseradish Skordalia and Champagne Vinaigrette, these beets retained their earthy sweetness, and the unexpectedly great combo of horseradish and vinaigrette livened up the palate in the best way.

I topped the savory selection off with an impeccably conceived Confit Melon Soup from Avenues Proper. It was a pleasant surprise to see how in touch they were with subtlety. This wee shot glass of flavor was the perfect way to transition from the more savory dishes to dessert. The soup tasted like fresh cantaloupe with a bit of mango, and the thinly sliced pickled grapes provided both a lovely texture and some sweet/sour flavor to the broth. It would go especially well with Proper Burger Co.’s Johnny Utah Burger—here’s hoping we see this on the menu sometime soon.

Ice cream was a no-brainer for dessert, and the two finest vendors of said frozen treat were Amour Café and PJK’s Creamery. Amour was doling out fluffy spheres of Manhattan Stracciatella Gelato topped with a Cocktail Mix Cookie. Chef Amber Billingsley knows how to make gelato sing, and the sweet and salty cookie was an excellent gelato delivery system. The ripped dudes at PJK’s had four tasty flavors of their famous, home-churned ice cream ready to cool off the evening’s toasty attendees. I went for Buttered Popcorn Ice Cream and then I went back for Strawberry Balsamic Gelato. The Buttered Popcorn was a creamy, slightly salted wonder, and the Strawberry Balsamic had a lovely tartness paired well with the balsamic vinegar.

As the angry sun finally retreated behind the Oquirrh Mountains to bother the other side of the planet with its unwelcome inferno, I was grateful to be among such fine chefs and restaurateurs. Eat Drink SLC always serves as a tasty reminder that Utah’s food scene is worth getting out and experiencing—even if the temperature happens to be in the triple digits. –Alex Springer