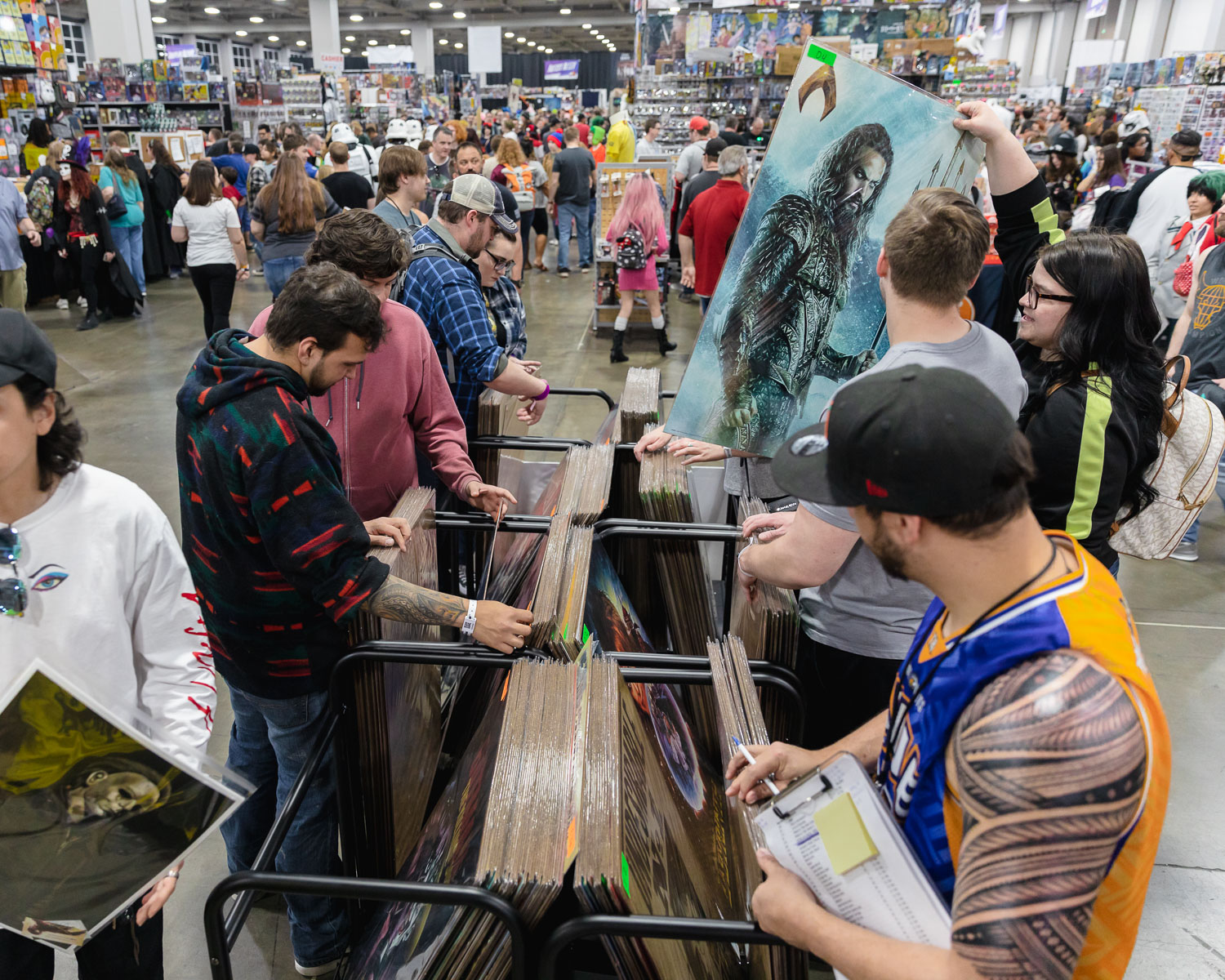 FanX19 is on! Geeks, movie nuts, cosplayers, or just people looking for something to do on a lovely, spring weekend made their way to the Salt Palace for this hugely popular celebration of Nerdom and Pop Culture.

Stars from popular TV series  and movies take photos, sign purchases and participate in panels to interact with their biggest fans and answer some trivia from the crowds. Panels for this event include Doctor Who’s Billie Piper, Comedy Legend John Cleese, Star Wars and Willow star Warwick Davis spend time talking about their experiences in the industry as well as their most memorable moments filming their projects. The Accounting Dept. from the American version of  The Office take their time poking jokes at each other and sharing tender, hilarious moments while reminiscing the beloved series. Marvel and DC stars such as Mike Coulter, Asher Angel and Zachary Levi take in all the energy that these devoted persons have for all of the characters and worlds that are cultivated in pop culture. With the former, Shazam! Star Zachary Levi especially taking his time and demonstrating a level of positivity and sincerity when answering fan questions that broach topics of not only intricate, layered comic book trivia but deeper topics such as coping with ADD and mental illness.

Aside from celebrities, Artists and Vendors also fill the expansive floor of the Salt Palace Convention Center. FanX may be only one of the places during the year that you can see professional and amateur cosplayers creating their own identities from classic video games, obscure anime and new blockbuster movies all shopping for the same Aquaman poster or standing in line for a signature from their favorite author or actor. If someone were to be able to keep a tally on the entire event, it would probably look something like this; 20 Dr. Pepper winners, thousands of autographs, tens of thousands of photos, tons of fan questions, and even a few engagements! Ultimately, FanX 2019 was an amazing experience and we’re already looking forward to next year’s!