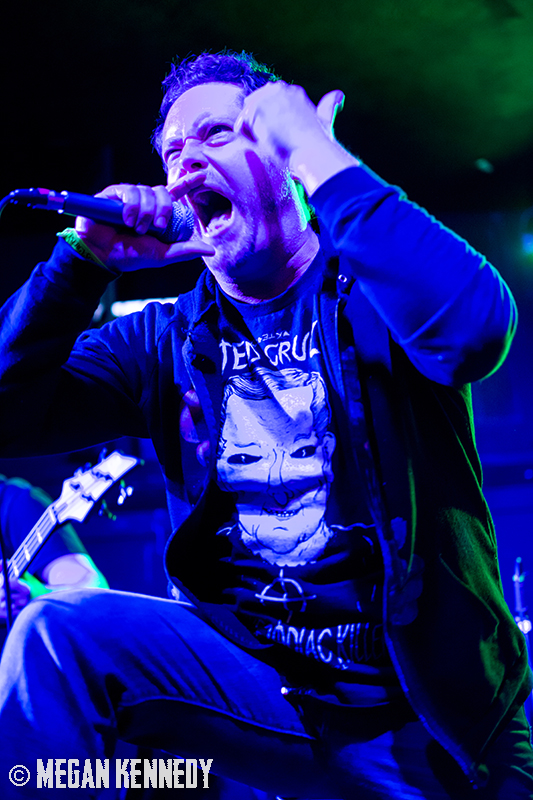 Fear Factory @ In The Venue with Soilwork, Omnikage, Crisis in Consciousness

Tuesday night, old-school industrial metalers Fear Factory descended on In The Venue to give a wild crowd a once-in-a-lifetime performance: the entirety of their Demanufacture album, in celebration of its 20th anniversary. The band was joined by the astounding Swedes in Soilwork, and a few young-gun acts, including OmniKage from Italy, and Spades and Blades from California. Opening for the tour was local thrash/metalcore outfit Crisis in Consciousness, who earned their spot rallying their fanbase in a down-to-the-wire voting contest.

The 21-and-older show definitely got crazier as the night went on and the drinks kept flowing. Although there was some ugly instances of harmful, metal-bro behavior, mostly the crowd was stoked as hell to see the legends in action, happy to open up pits and send up crowd-surfers. Every band had an enormous energy onstage, and even in the smaller space, they managed to make the place feel 10 times bigger.