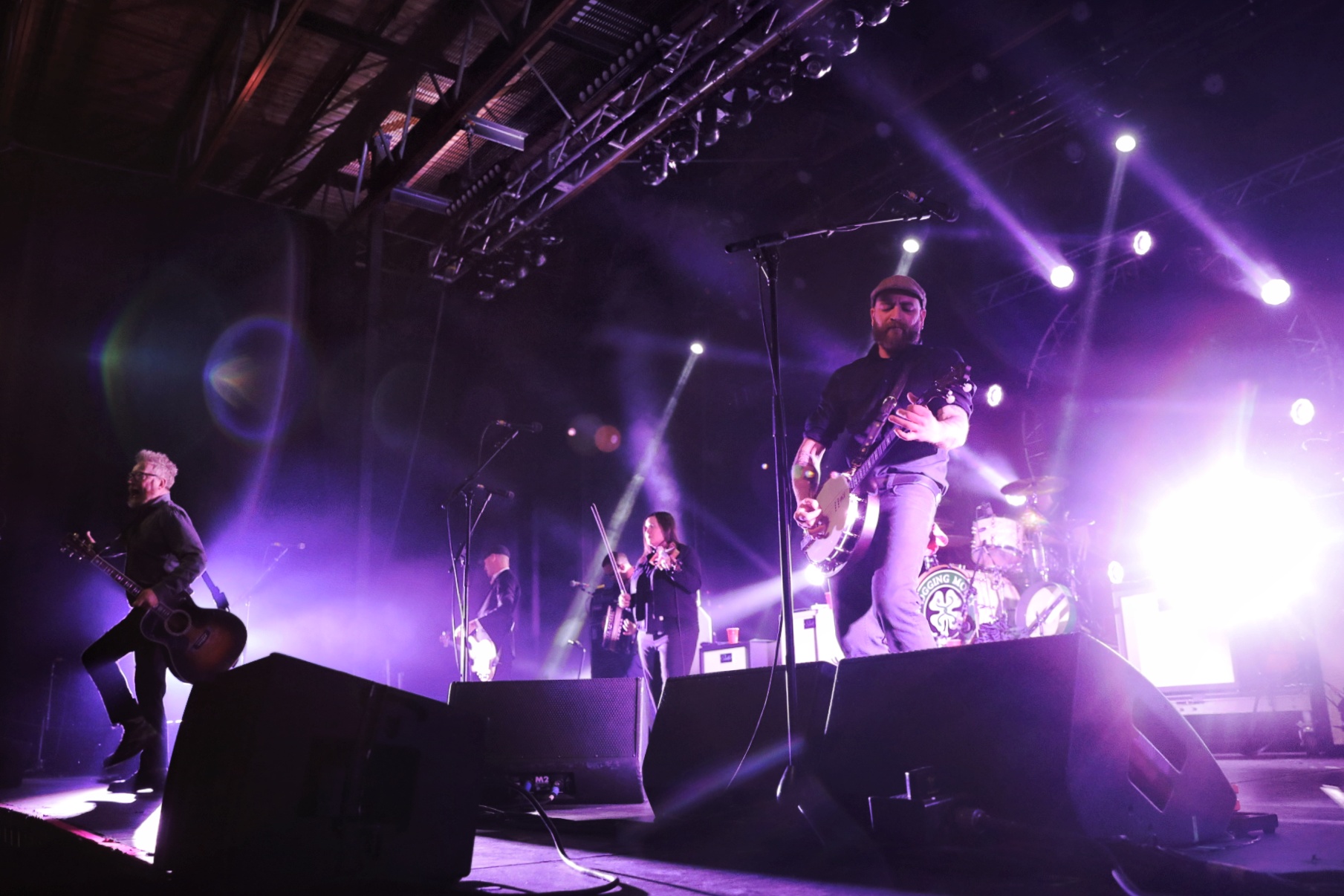 Wet, muddy, and a little sunshine came through as people found parking in the industrial, downtown area and make their way to The Complex. Waiting in lines that wrap ‘round the block to get through the security and ID checks and fans are finally let into the venue. Merch options are a’plenty and surround the lobby as show-goers load up on snacks or beer before this highly anticipated, re-scheduled show featuring Irish-rock group Flogging Molly and supporting musicians from Face to Face and lone-wolf fiddle player, Matt Heckler.

First to the mic, solo musician Matt Heckler walks up to the stage and without fanfare he begins belting out some old, country-styled vocals as he elegantly hacks away at his violin. Fans are still filling in the room and  they inch forward a little bit closer and listen a little bit harder to take in more. There was so much fun in watching Heckler sharing his tunes with a healthy mix of Irish & Appalachian inspired flair.

Next to the stage is Southern California formed punk rock band Face to Face. Members Trever Keith, Scott, Shifflett, Dennis Hill, and Danny Thompson fill the room with high energy and visibly nostalgic tracks that invoke blood pumping and head banging from wall to wall—including all of the people that were too cool to mess up their mohawks.

Last to the stage is the main attraction for the evening, Irish rock band Flogging Molly. Front man Dave King, along with Bridget Regan, Dennis Casey, Matt Hensley, Nathen Maxwell, Spencer Swain and Mike Alonso strut into the backlit limelight as fans scream and squeal as they spot them picking up their instruments and begin to play. Starting with lively hits such as “(No More) Paddy’s Lament,” “Black Friday Rue” and “The Likes of You Again,” Flogging Molly hits the heart of the crowd and remains steady as Dave King announces “Better late than never…” as regards to the delay from this shows intended date due in early March. King introduces members one by one as songs come and go. We are treated to extended solos, sing alongs and the best of all, a great evening with music and friends.