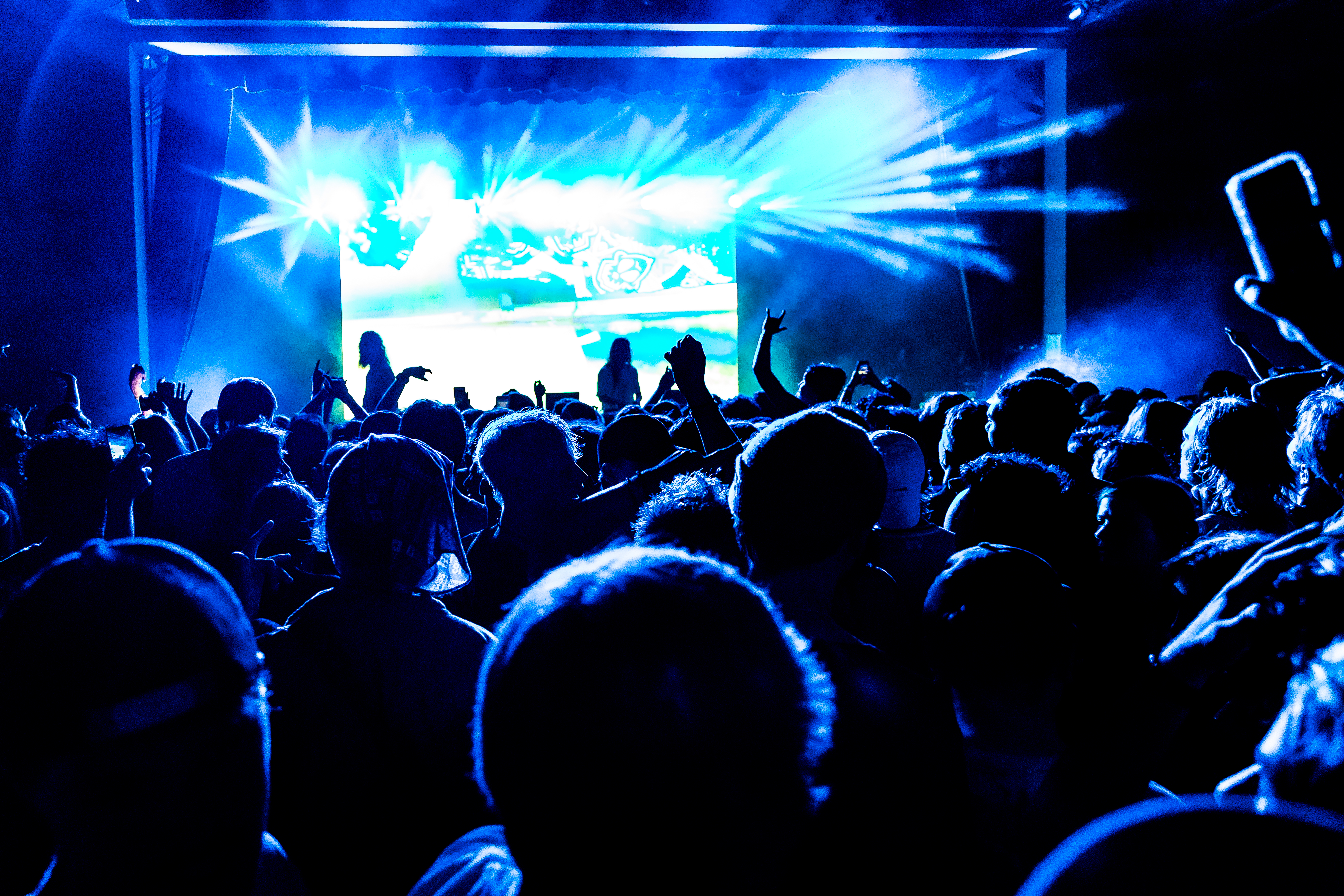 An explosion of light as the bass drops!

One of my favorite parts of summer every year is definitely the chaos of the Twilight Concert Series. Even if the performer is an artist I’m not familiar with, it’s almost always guaranteed to be fun and exciting, and usually leads to one crazy night. What else would you expect to happen when you cram 1000+ people into a confined space with booze and world-class artists in the middle of summer? Fortunately enough for me, that confined space was filled with none other than Hippie Sabotage, one of my favorite artists of all time. With that being said, it should probably go without saying that the stoke was definitely real and at an all-time high.

Even more fortunate was the fact that their performance was better than I could have imagined. Everything—from the sound and video production to the group’s stage presence and interactions with the crowd—was on point. If Kevin Saurer wasn’t thrashing around on stage, he could be found up front dancing with the crowd while his brother Jeff Saurer laid down those sweet guitar melodies that the indie-electronic group has become known for. To make things even better, their set was stacked from top to bottom with what could essentially be considered their greatest hits. Everything from “Options” and “Able to See Me” to “High Enough” was performed in the utmost proper fashion. This was something somewhat rare, but welcome to see from an electronic group that has been around as long as they have. All this, coupled with an amazing crowd who was just as stoked to see Hippie Sabotage as I was, definitely made for what became one incredible evening.

By the end of the night, my legs were worn out from dancing. My voice was raspy from screaming at the top of my lungs and the SD card on my camera was completely full—all signs of another mission accomplished and a job well done. With all of that being said, I’m already looking forward to the next Twilight show.