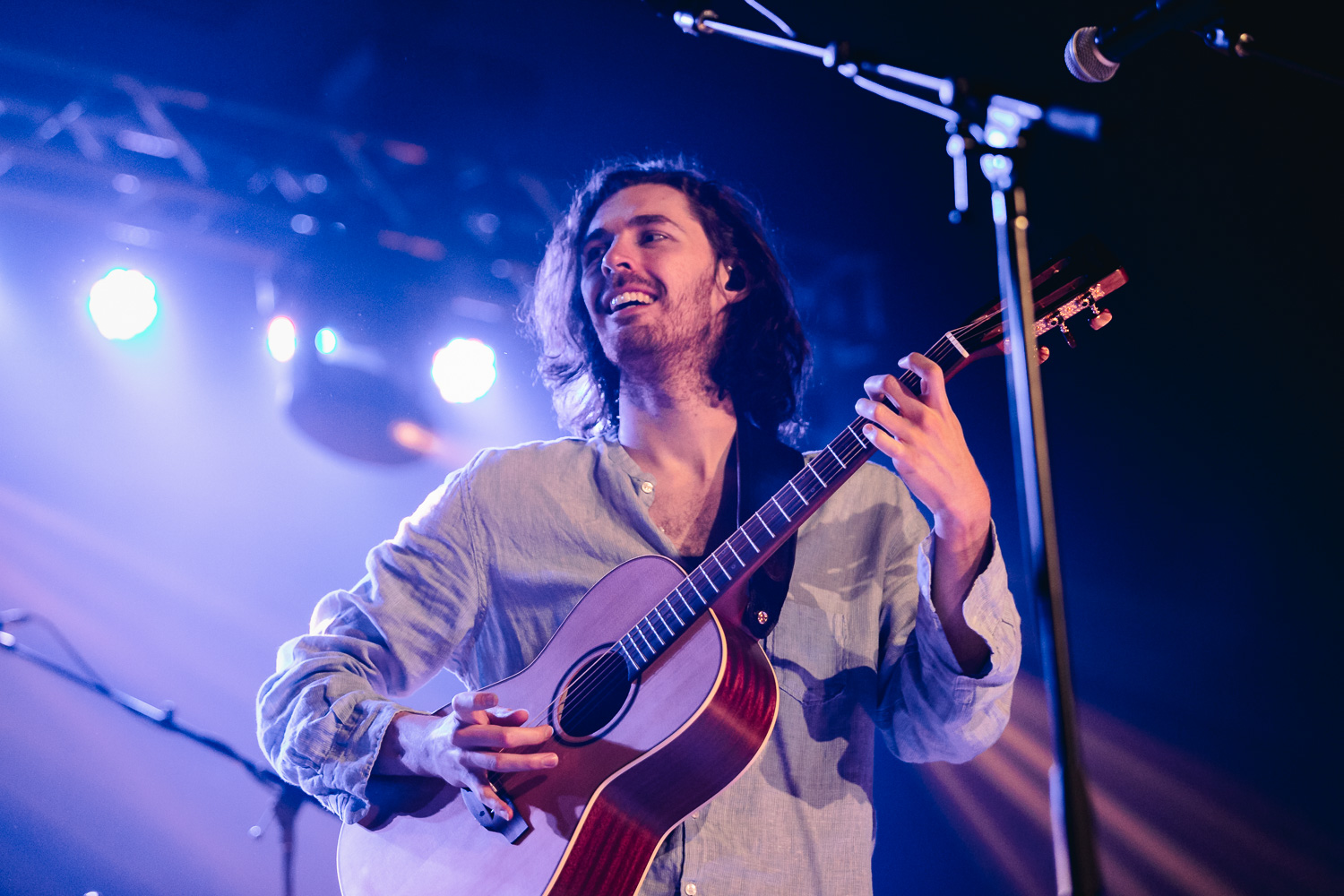 Cars lined the street around the 500 W block and scattered groups of people wander past the random houses and new construction, veering towards the entrance of the Union Event Center. Past the bag checks and security wands, into the lower level of the venue, fans are greeted by ticket takers and given the option of the 21+ balcony area or the main, lower level that has plenty of standing room for the show to come.

The top balcony fills up with silhouetted heads lining the entire upper deck and everyone is pressed shoulder to shoulder when the show begins. Jade Bird comes to the stage, donning a red jumpsuit with a guitar in hand, taking the mic and thanking the audience for coming out and starts strumming. With a soft, folky vibe that’s mixed  with some earlier Americana notes, Bird exudes a happier and slightly-poppy Baez and Joplin vibe with her similar vocal qualities.  All sore from smiling, Jade Bird thanks her audience for maybe being “the best so far” and even tries out some newer material to an overwhelmingly positive response, both after the song and during the whole set.

After a quick intermission, the Irish singer/songwriter follows his band to the stage in a dramatic, dark blue light and begins to play his slower hits. Hozier mixes up playing popular tracks from his self-titled debut album and follows up with a few  tracks from the new album, Wasteland, Baby! Hozier explains the writing process  for each piece, sometimes even joking after a few songs “to keep things lighter” as he delves deeper in the album’s offerings with the romantic, post-apocalyptic, emotionally inquisitive selections. Varying the performance with inclusions of solos as well as full band accompaniment, Hozier does not disappoint as the audience remains holding on to every word as they sing along with the signature vocals that are reverberating throughout the building.