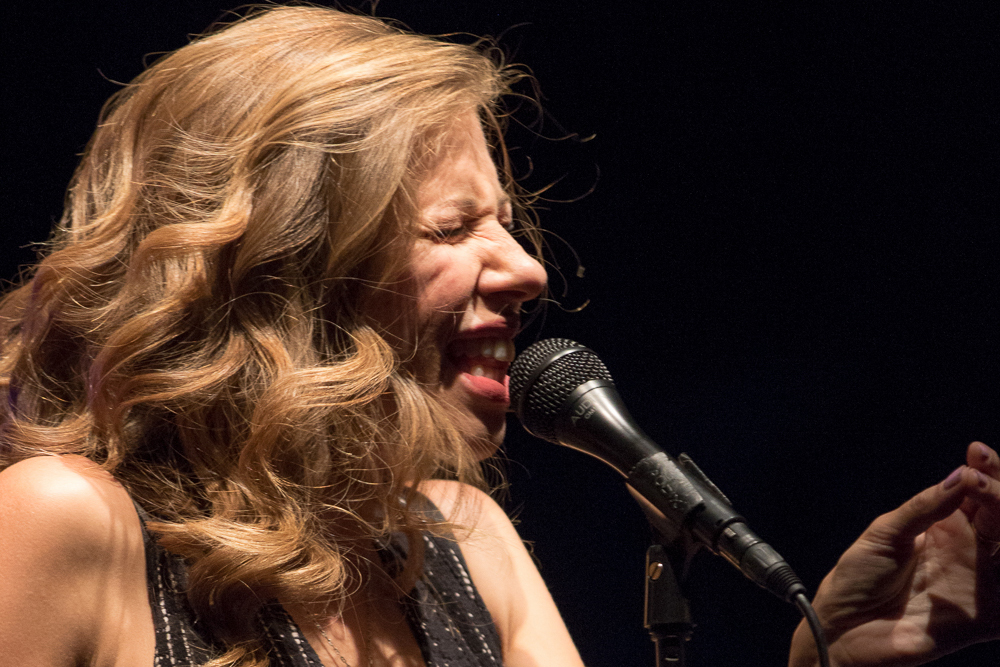 Five months into their Side Pony tour, Lake Street Dive clobbered the Red Butte audience with a set filled with soulful, jazzy enthusiasm. And as a rabid fan, my concert experience teetered between rapt attention and photojournalistic intensity. As Rachael Price danced in my 400mm sights, it seemed as if I were onstage beside her while she seduced Sunday’s crowd of affectionate fans, who sang along to songs drawn from the entire Lake Street Dive catalog of classics, covers and tour album tracks—magical. I tell you, it was magical. Twenty songs later, the fans still wanted more.

Lake Street Dive led with “Godawful Things,” followed by “I Don’t Care About You” and “Side Pony” (with a cameo by a life-sized, inflatable horse). “Stop Your Crying,” “Clear a Space” and “How Good It Feels” set the stage for a cover of “Lola” by The Kinks. A solid block of Side Pony tracks, including “Hell Yeah,” “Saving All My Sinning,” “Spectacular Failure” and “Mistakes” left the band ready for another cover, this one from Prince: “When You Were Mine.” Price then prepped the audience to sing backup on 2010’s “Got Me Fooled” and followed with “Elijah” from that same, self-titled debut album. Next, they played “What I’m Doing Here,” written as a 2014 Record Store Day release, followed by three songs from Bad Self Portraits: “You Go Down Smooth,” “Bad Self Portraits” and “Seventeen.” Those 18 songs had lured most of the audience to its feet, so LSD finished with a final Side Pony track, the crowd-pleasing “Call Off Your Dogs.”

Screaming fans and dark stage lights implied an encore, and Lake Street Dive didn’t disappoint. They belted out Queen’s “Bohemian Rhapsody” to an astonished crowd and promised to meet and greet fans who wanted to stick around after the show. Lake Street Dive clearly leveled up from The State Room, which hosted them in the past, but it’ll take a venue the size of Red Butte or bigger make room for Lake Street Dive’s next visit to Salt Lake.