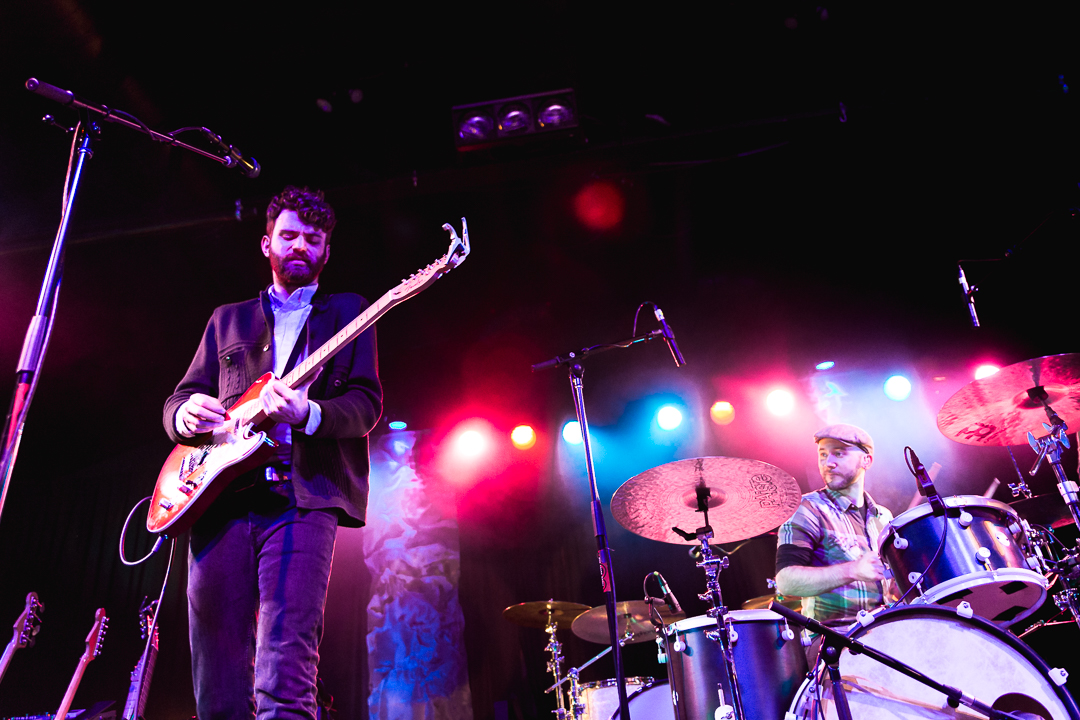 During the cold Utah spring evening in Downtown SLC, The State Room attracted a Monday audience of both young and experienced fans. Little Green Cars’ unique sound is relaxing and powerful at the same time with ethereal moments. The band played well-known songs, including “The John Wayne,” “My Love Took Me Down to the River to Silence Me” and “Harper Lee.” Throughout the night, the band had the audience listening intently in their seats, holding those at the front of the stage in a trance-like state. With lyrics that are poetic, romantic and forlorn, Little Green Cars share their points of view on relationships, love and life. Each member of the band provided vocal support to the songs, with Appleby and O’Rourke bringing their individual flairs to the microphone.

Small onstage snags, such as amplifier cables not staying plugged in, guitar power being unavailable for moments before the next song, were handled seamlessly by the band with a sense of levity. As they read poetry to the crowd, explained the backstory of their music and lyrical construction, and shared some young adult experiences in Dublin, it’s clear that Little Green Cars are good friends who enjoy sharing their works to the audience.