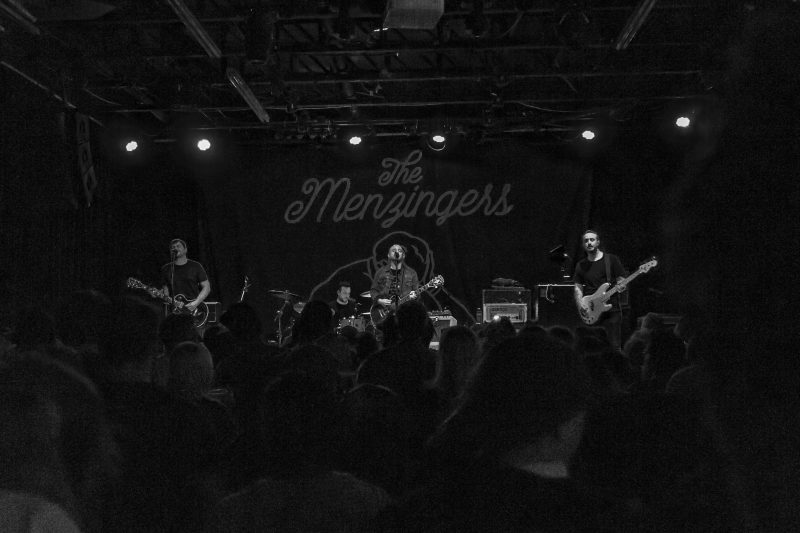 When one thinks of Scranton, Pennsylvania, not much comes to mind except maybe The Office. But trust me, there is much more from that small city in the northeast. There is a 19th–century mill, a coal mine and The Menzingers. The Menzingers have been around for a little while now, and the Pennsylvania punk four-piece continues to bring original and influential music. Whether you want to relive your teen angst, get drunk in a bar by yourself or maybe remember the old days, this band has a song for you, no matter the occasion.

I have had the privilege of seeing this band live half a dozen times, and each time, they get better and better. June 19, when The Menzingers and Lucero played at Metro Music Hall, was no exception. With a well-mixed bag of songs on their setlist, they did not disappoint. As soon as they opened with the title track off of their newest record, After the Party, you knew instantly that you were in for a treat. From there it just got better: The Menzingers served up a fine selection of their classics from Casey to a Bouncing Souls cover of “Kate is Great.”

After the punks had their fair share of fun, there was a bit of a change up when Lucero took the stage. I have listened to Lucero on a few different occasions, and I cannot find the words to describe them. Are they rock n’ roll? Folk? Country? Maybe rockabilly? Who knows. All I know though is that they absolutely killed it. This Memphis powerhouse may not have brought barbecue, but they sure did bring one hell of a good time.

From electric to acoustic and then back again, one could not help but dance around and tap their feet to the sounds of Lucero. Just like The Menzingers, these guys had a song for just about every occasion.

If you haven’t had the chance to listen to either of these bands, do yourself a favor and check them out. Maybe buy a record or two—you won’t regret it.