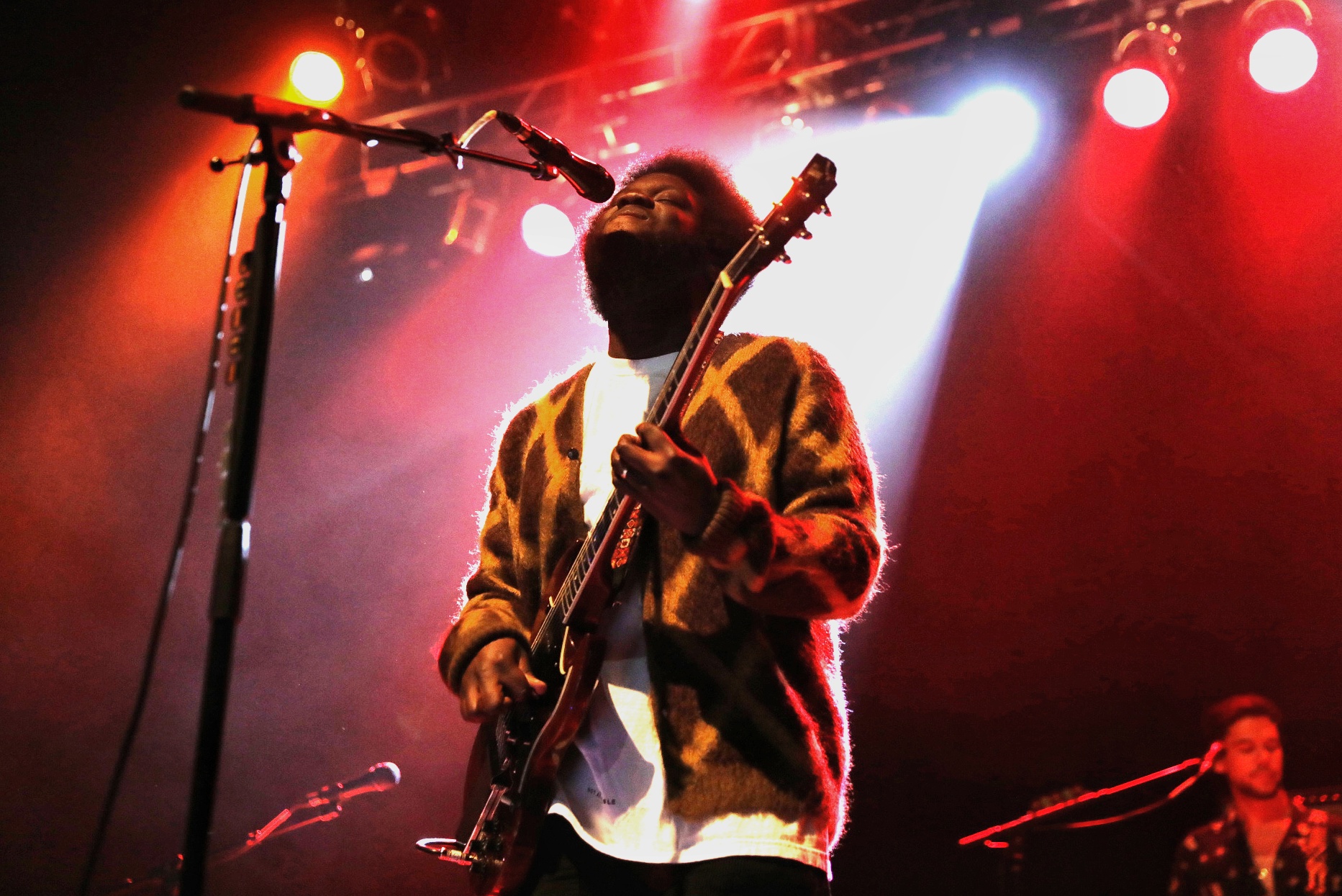 Cold, wet, downtown Salt Lake City, approaching 7 p.m.: There was already a healthy line to get inside The Depot for Michael Kiwanuka’s sold-out show with supporting musician Sammy Brue. Kiwanuka, a singer/songwriter hailing from across the pond, brought his bluesy, indie, folk rock sound to the states for a tour. At his SLC stop, ticket holders made their way into the venue, past security wands, up the stairs and chose either the second or third floor for the only open bar at this all ages gathering. After getting settled in, grabbing a space to see the stage and maybe grabbing a drink before the music, I started to ask some couples and groups of friends just what brought them out. A lot of the fans in the building seemed to have a similar story, “I heard him in a cafe,” we heard him in a Pub” … and the most popular answer, “We heard his music from that show Big Little Lies‘ intro.” Whatever brought them out, they are fans of the sound and the feelings, and they have been drawn together to experience it live.

First up to the microphone is guest musician Sammy Brue. Rooted in the neighboring Ogden UT, this folky indie rock singer greeted the audience and opined that it was good to be back in SLC. He sang songs about dreams and things lost in the way. He has a sound that it reminiscent of someone such as Guthrie or Dylan, but without falling into any sort of impersonation and more of into his own vein of an innocent, energized and blue-grassy Brett Dennen vibe.

Michael Kiwanuka came up next, but not before creating an entrance: The house music and lights faded as some band members took the stage. Backup singers started off with a low key ‘ooooh’ as they built the anticipation before Kiwanuka took the stage and greeted the audience. He started off by playing familiar tracks such as “Cold Little Heart,” “Black Man in a White World” and enraptured the audience that was shoulder-to-shoulder on both levels of this downtown venue. All the fans of Brue, Kiwanuka or a simply night of music in and of itself—they were not left in the dust.