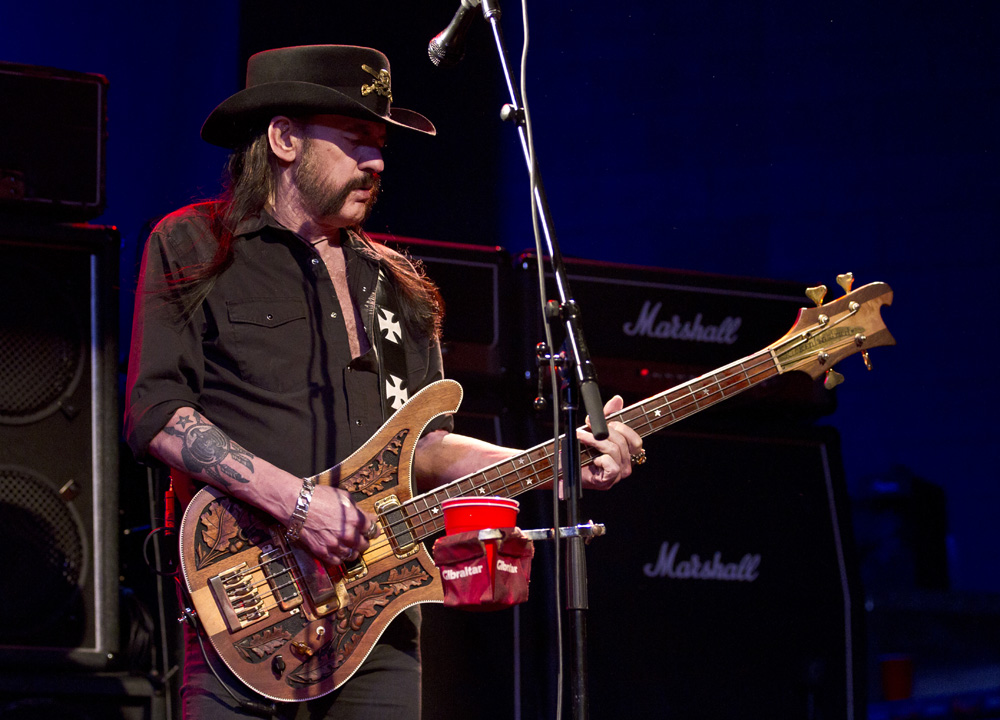 Kilmister performs in front of a full house at the Complex. Photo: Madi Smith

Motörhead @ The Complex 08.27 with Saxon, Crobot

Crobot started off the night at the Complex Thursday, August 27 and surprised me with their rockin’ tunes and groovin’ stage moves. Vocalist Brandon Yeagley danced around stage in his halfway unbuttoned paisley shirt and genuinely seemed to be having an excellent time. Their musical style was a great fit for the bill and they opened the show with a blast of energy.

Saxon stormed the stage, matching Crobot’s energy and increasing it tenfold. Biff Byford’s vocals were gruff and fantastic, especially accompanied by original guitarist Paul Quinn’s zen yet totally bitchin’ solos. Bassist Nibbs Carter went absolutely bonkers head banging and running around the stage while totally tearing up the bass. I saw Saxon exactly three months prior to this show, and drummer Nigel Glockler’s speed and attack had noticeably improved; he even played “20,000 Feet” off of Strong Arm of the Law faster than it was recorded. Byford’s between song banter was sassy and energetic as he encouraged the crowd to sing along and cheer.

After much anticipation, Motörhead commenced their short set of classic tunes. Phil Campbell was immediately engaging the crowd as he ripped on his guitar and darted around the massive, empty stage. Lemmy Kilmister stood stationary and spoke and sang slowly but I didn’t give a damn– I was seeing Motörhead live and in person! They had to cut their set short due to Lemmy’s trouble breathing and when he returned to the stage to profusely apologize, the crowd greeted him with cheers. As he left the stage, all I could hear was, “Lemmy! Lemmy! Lemmy!” It was heartbreaking to see Lemmy in such rough shape, but I had an excellent time seeing a fantastic lineup.