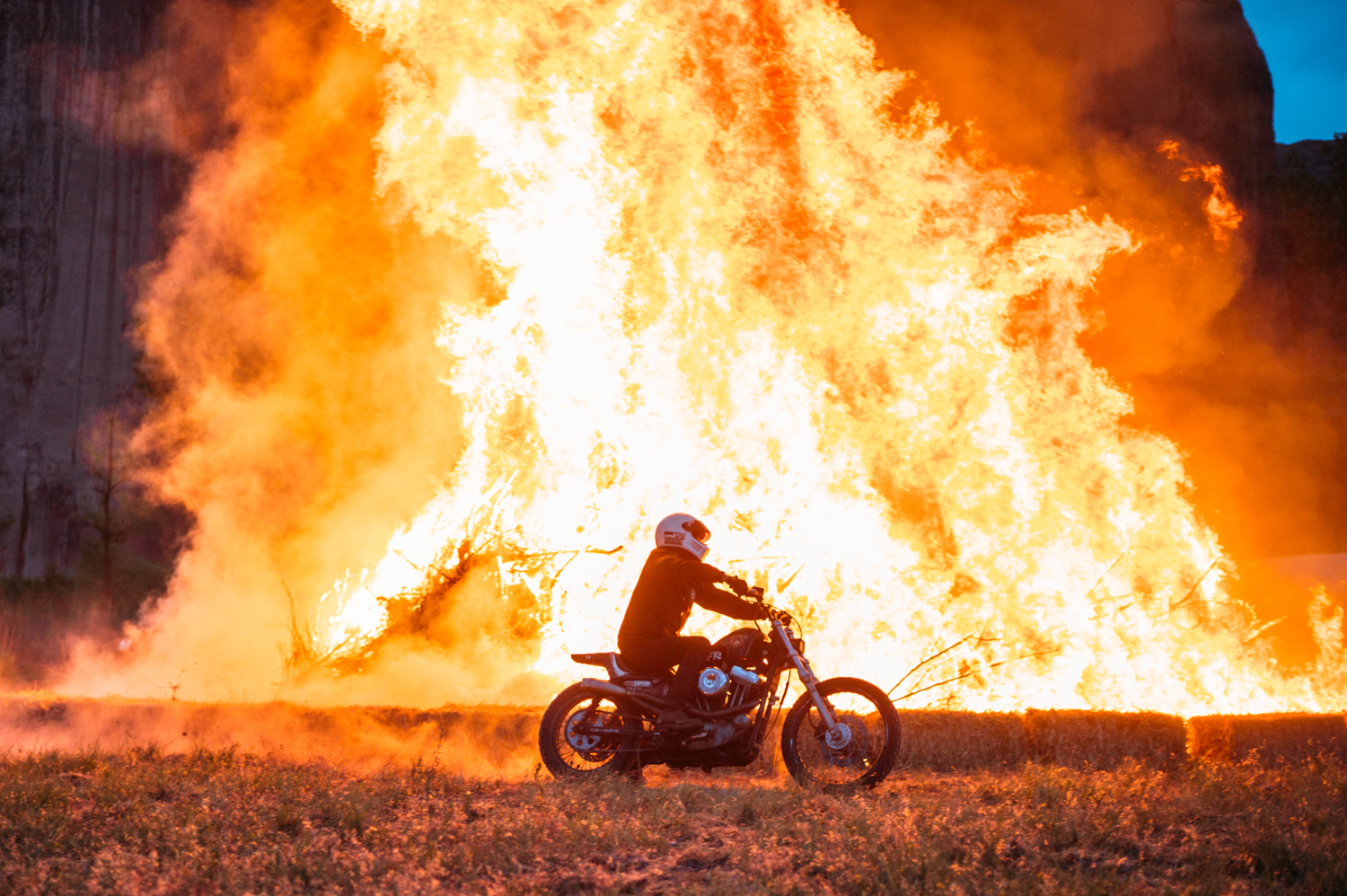 In what has become unholy tradition, Motos in Moab returned screeching in sideways to the outskirts of the little dusty town usually known for hiking boots, kayaks and landscape photography. What began as a simple motorcycle ride and campout blossomed into what many attendees are calling the “motorcycle Burning Man.” More than 800 people from across the U.S. converged onto the private property—which was nestled next to a river and between two looming red rock walls—riding, crashing, flashing and generally becoming the glowing heroes of the anti-establishment.

Attendees came from places as far as Australia, Minnesota, Oregon, Florida, Texas and New York—all to see for themselves whether or not the grotesque spectacle reported last year truly occurred. Bigger and better this year, the event featured a dirt flat track for racing, live music from Wing & Claw and Daisy & The Moonshines, raffles with thousands of dollars worth of gear from national motorcycle company sponsors, and a bonfire as big as a house, lit via refurbished Vietnam War flamethrower by co-organizer Juan Coles of Loco Lobo—the same rider responsible for the SLC motorcycle show Salty Bike Revival, organized in partnership with custom shop Salt City Builds.

The event, which last year was plagued by disaster, including rain, flooding and troubles with the law, went more smoothly this year—with only a few broken bones and motorcycles along the way. All told, it was the kind of thing that one expects to read about in a book on 1960s counterculture that actually occurred in 2016, an hour’s ride away from Delicate Arch.