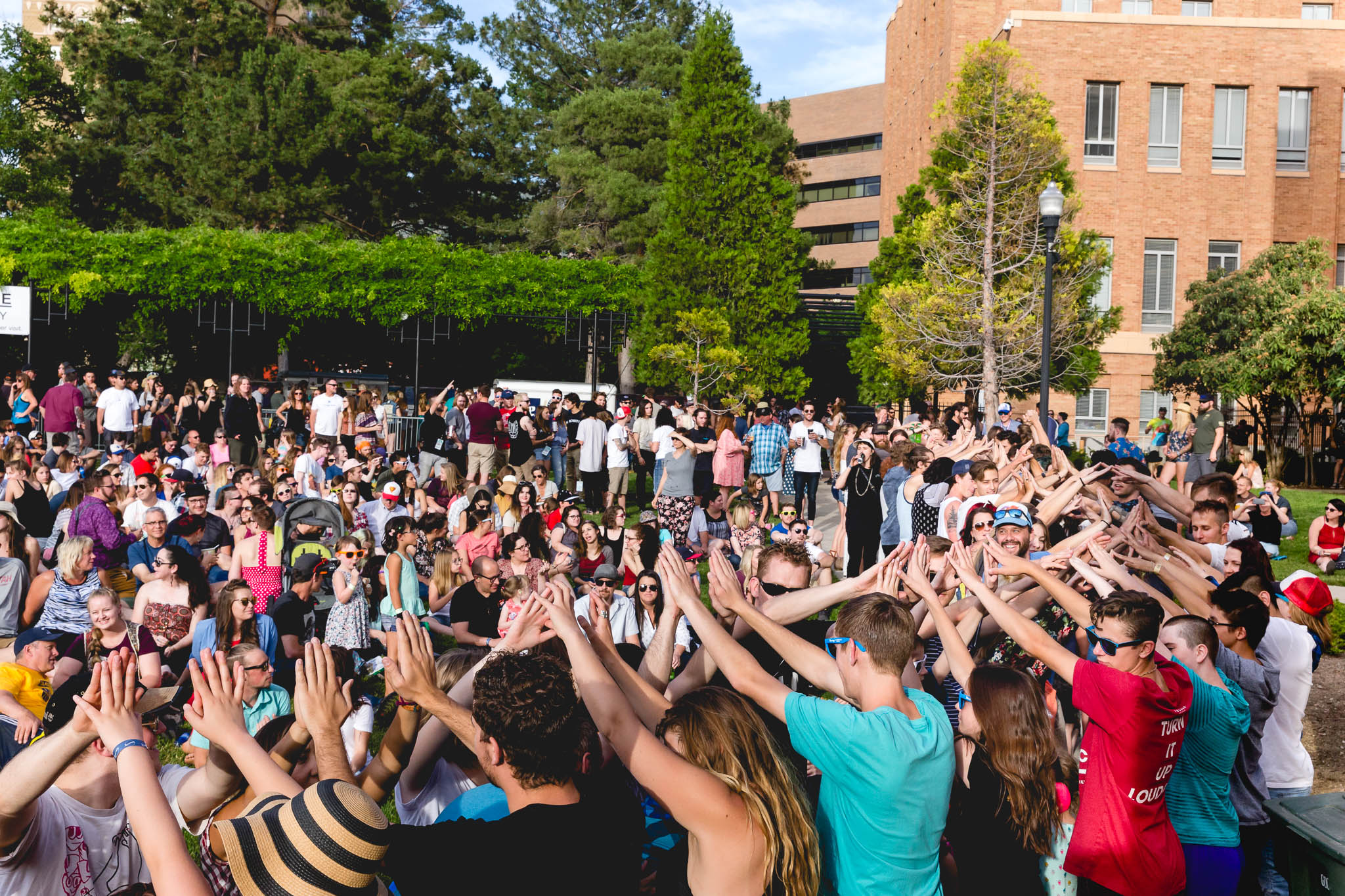 The second show of the third annual Ogden Twilight outdoor concert series was set to go with hundreds of guests from Provo, Bountiful, Salt Lake and Ogden packed into the downtown Ogden Amphitheater. The venue was filled with food and beverage vendors around the interior perimeter, including Spud on a Stick, Pepsi, Lucky Slice Pizza and some local and regional beer selections on tap. The summer heat is more present at this early June outdoor setting, and with families, friends and couples fresh off their school schedules, the crowd was eager for the three musical guests for the night.

During a quick break for beer and the adorable costumed announcer for the evening, Riley Allen, thanked the audience and the sponsors of the event and introduced the next act, Dan Deacon. Deacon, hailing from Maryland, walked out onto the stage with a ball cap, shorts and long socks, and heads to the table with every dial and button known to man. Starting off with mixing beats, electronic sounds and distorted vocals, Dan Deacon grabbed the attention of the audience and morphed their expectations as the tracks continued. Involving the audience more and more after each break, the crowd grew from a small dance circle to an archway dance line that stretched across the venue. People were definitely entertained, if not altogether enamored, by the music and onstage antics from Dan Deacon.

Then came OK Go, but they did not take the stage right away. They tempted the crowd with instructions to chant “O … K … GO,” and the crowd delivered, chanting over and over, louder and louder, until the band emerged from backstage. Damian Kulash, Tim Nordwind, Andy Ross and Dan Konopka started with a kind word to Ogden, and then they started to play. With older favorites such as “You’re So Damn Hot” and “White Knuckles,” OK Go were all smiles. They’re talented musicians who continue to push the envelope with their online content and who continue to entertain over and over with their live performances.