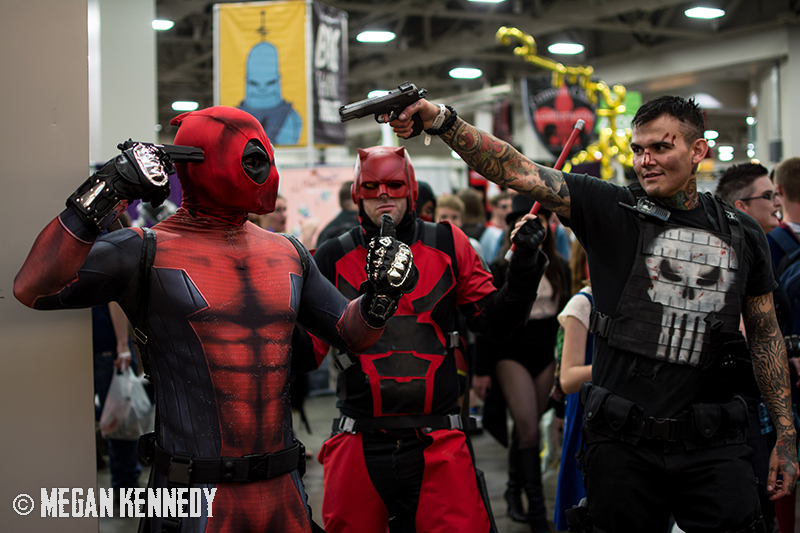 Salt Lake Comic Con is in its third year, and it’s only getting better and better. Thousands of fans descended on the Salt Palace this weekend to meet their favorite celebrities, show off their A+ cosplay, play in gaming tournaments, attend industry panels, check out loads of fan art and paraphernalia, and generally geek the hell out. The convention center went full-throttle this year, with display booths and vendors from end to end. Also improved are the systems for getting fans in the door—no more hours-long wait on the streets. As the largest Con per capita in the US, you’d be a nerdherder to miss it.

Throughout the three-day event, fans enjoyed an array of celebrity and industry panels, live demonstrations of artists, robotics, and video games, fun photo ops with some of their favorite geek sets and props, face painting, craft-making, and more. Lucky fans in attendance on Friday in their comic book character cosplay had the chance to participate in setting the Guinness World Record for most comic book cosplay characters in one place, smashing the record previously set by China by several hundred participants. Vendors sold everything from bags, shirts, and toys to one-of-a-kind pieces of fan art and intricately-created working props. In the KidCon area, parents could take their little ones away from the craziness of the main floor to enjoy activities like superhero training, crafts, balloon animals, and get a family portrait taken by official Comic Con staff. Tabletop gamers had their own refuge, too, high above on the second floor where they could enjoy tournaments and learning about new games from local vendors. Regardless of your nerd level or what you were into, there was something for everyone at Salt Lake Comic Con.