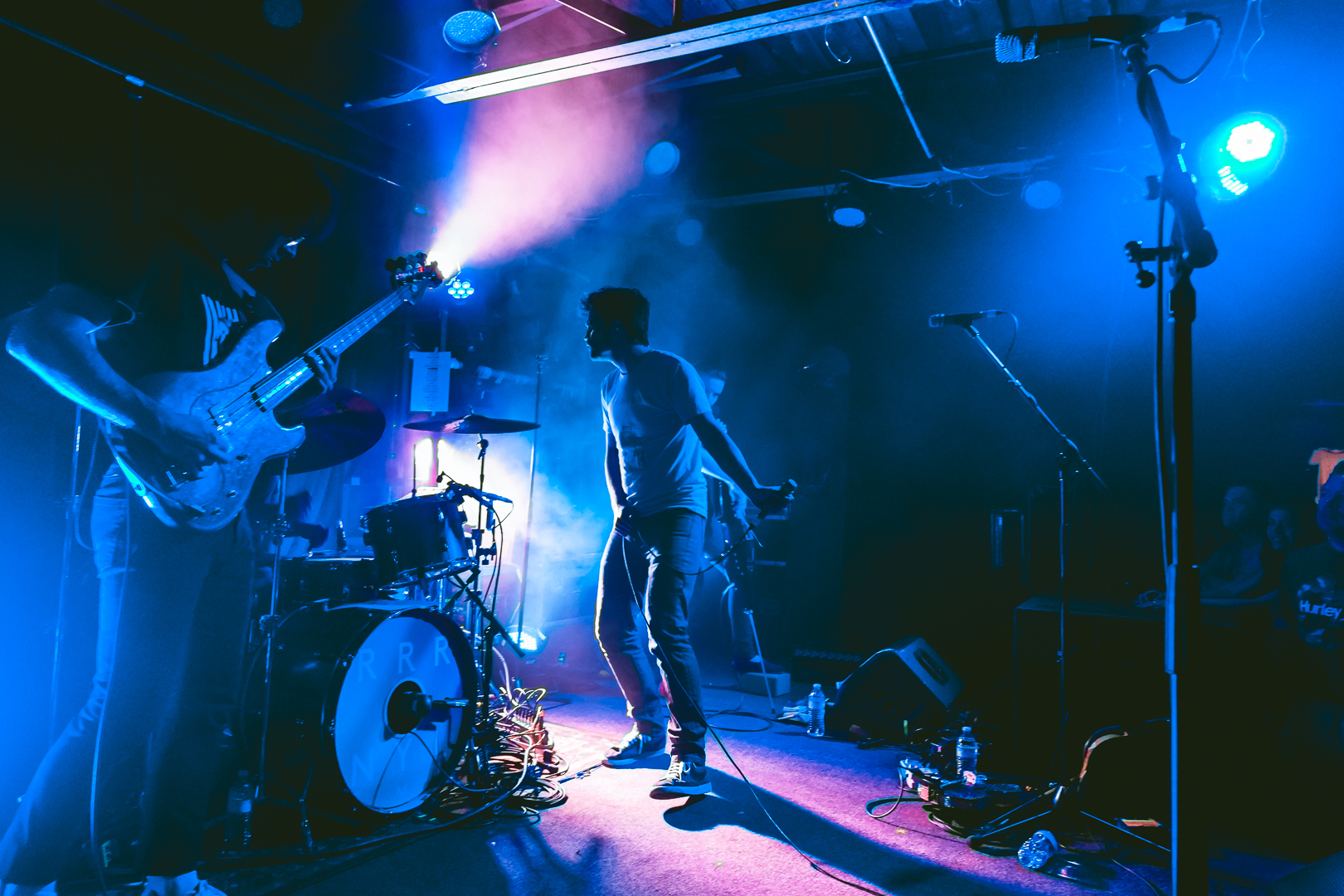 Ra Ra Riot comes to SLC at the well known downtown venue Urban Lounge. The group from Syracuse, New York bring their music across the country touring with fellow New York group PWR BTTM and Massachusetts locals And The Kids.

Friends, couples, groups and loners march in to grab a beer before the first act takes the stage. And The Kids members Hannah Mohan, Megan Miller and Rebecca Lasaponaro, from Northampton, Mass., shuffle onstage taking up guitar/vocals, bass and drums. With electric blue highlights, platform sneakers and face glitter, And The Kids blast their own flavor of playful tracks that are best self described as “Existential Glitter Popsicle Crisis.” Borrowing lead singer from following act PWR BTTM, And The Kids rock the patrons at the Urban Lounge.

Next onstage, queer rockers PWR BTTM, consisting of Ben and Liv, both members playing guitar, drums and providing vocals. Ben, wildly glammed up in a sparkling number played guitar for the first few tracks from this group. Then, drummer Liv takes off the kick and heads to the mic. This duo’s original material is inspired by haters’ comments, breakups and current relationships.

Ra Ra Riot takes the stage after 11 p.m. This ensemble includes multi-talented musicians encompassing the use of guitar, keyboard, drums, vocals, violin and electric cello. Providing an indie sound that is not quite electric pop, not quite rock, but with the right addition of folk rock, this group provides a very enjoyable sound and great entertainment for an evening out in Salt Lake City.

Being a Sunday in Utah during a Conference weekend, concert goers and musicians alike were meant to come together for some angry rock, break-up ballads and some great indie hits from a grand ensemble.