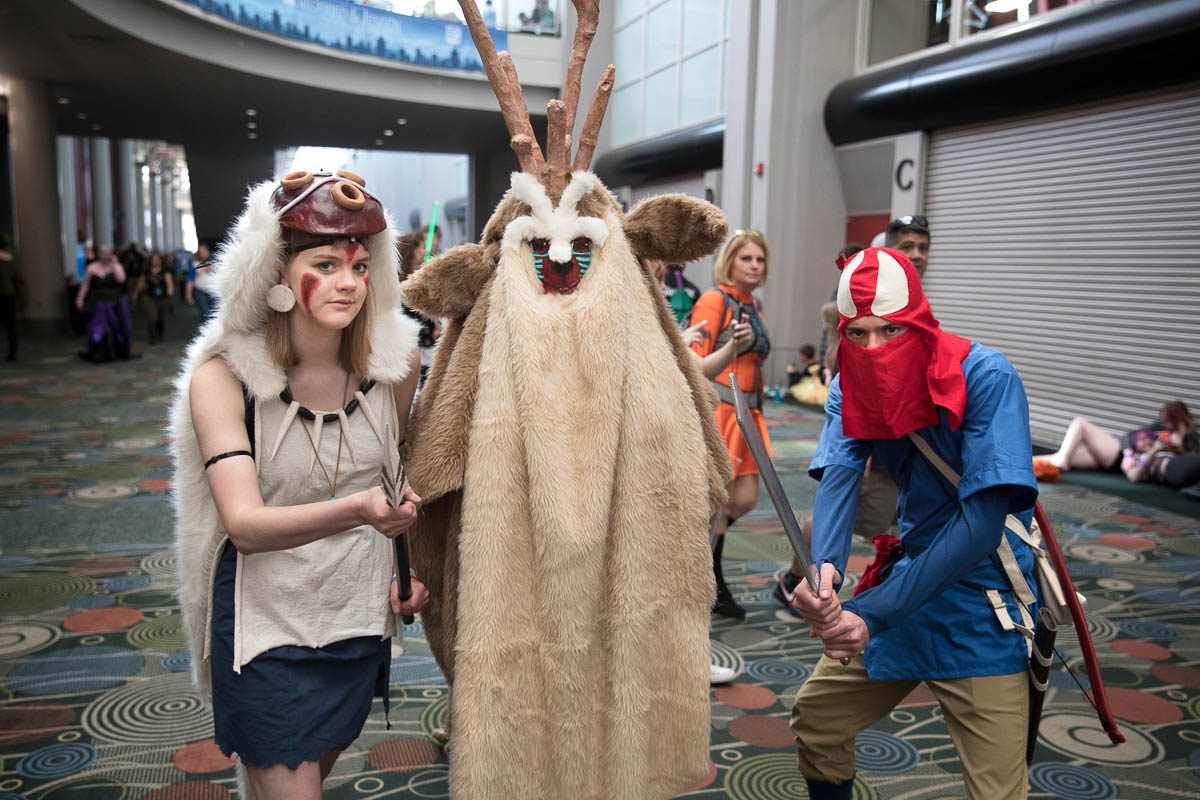 Returning for the 2017 season, Salt Lake Comic Con: FanXperience filled the Salt Palace in downtown Salt Lake City for a geek-packed St. Patrick’s Day weekend. Only a two-day event, FanX17 was packed with activities and special guests for the tens of thousands of fans throughout the convention center. Upon first entering the venue from the street, attendees had the choice of finding the best panel, making their way to the artist alley to get some souvenirs or head deep into the con and treat yourself with a picture with your favorite celebrity guest. There were plenty of activities for all of the con guests, cosplayers and families.

Artist Alley was filled with remarkable, creative individuals, who showcased works of geek art that ranged from chalk drawings to elaborate tattoos to even custom-made jewelry and other metalworks. Stopping by a few stalls to discuss their pieces, it was hard to not take a few minutes to explore Monster Mike Art‘s booth. Using spray paint, Monster Mike Art creates colorful and surreal hero and villain portraits, including characters from X-Men, Star Wars Heroes and Ninja Turtles. Another great place to stop at was Salt Lake Ghostbusters for a crash course in hostile entity containment.

If art prints or cosplay isn’t your thing, you might want to head to the Celebrity Row and get a shot of yourself with your favorite actor from the big screen or small from hits like Princess Bride and Once Upon a Time. Maybe you’re the DC type and really want that picture with Jason Momoa of Justice League and Game of Thrones. Ranging in price from around $20 to $100 for that special experience, there were countless options for yourself or a gift for a friend.

And really, what a lot of people go to Salt Lake Comic Con specifically for are the panels, to see their favorite actors, playwrights and even musicians onstage telling stories of what happens on set, behind the scenes and answering fan questions. This year had some very special guests, including Weird Al Yankovic, Cary Elwes and Chris Sarandon of The Princess Bride, cast members from Psych, Once Upon a Time and The Walking Dead, and more. Packed with thousands of fans, cheering and clapping was never in short supply, and only the laughter drowns out the noise. A regular biannual event in downtown Salt Lake City, Salt Lake Comic Con proves to be a consistent source of entertainment for friends, family, lone wolves and more … anyone that is a geek at heart.