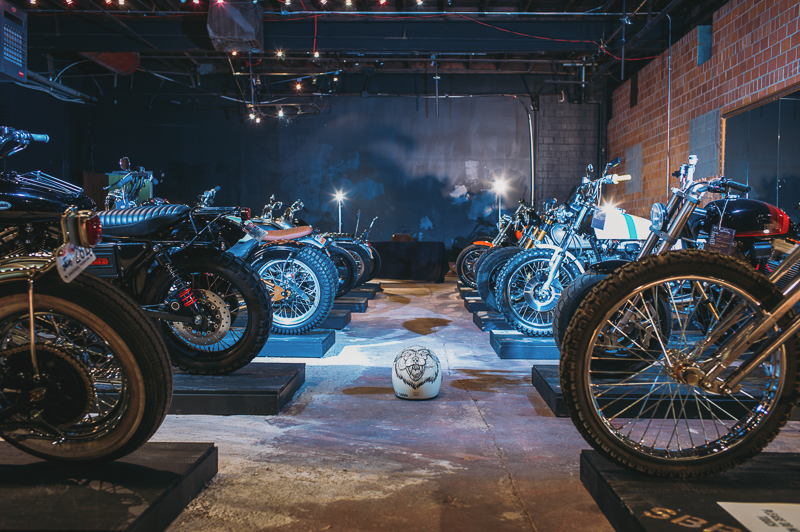 The bikes in the Invited Builder Room lined up and looking pretty. Photo: @clancycoop

Motorcycle shows are nothing new to Utah, and neither are custom bike builders, but it is safe to say that there has never been anything quite like Salty Bike Revival in Utah. Transparently modeled after other motorcycle shows such as Austin, TX’s Handbuilt Show and Portland’s The One Motorcycle Show, organizers Juan Coles of Loco Lobo and Rev Clark of Salt City Builds tried to bring something they had seen in other states to Salt Lake City, and they seem to have succeeded.

Over 6000 people came through the doors over a 12 hour period. On display were custom motorcycles from local builders, vendor booths with motorcycle parts and lifestyle accessories, as well as live music by Breakers and Mad Max and the Wild Ones. Painted helmets and motorcycle gas tanks were on display, as well as large photographic prints by Utah photographers. Salty Bike Revival was staffed by countless volunteers from the local motorcycle community, who put in hours of setup and take-down time.

Any place where countless motorcyclists gather can be a lightning rod for mayhem, though there were no arrests or grievous bodily injuries—at least within the direct proximity of the event. Drinks were served and motorcyclists of all ages and backgrounds attended. There were also some non-motorcyclists present at Salty Bike Revival, some riding in strollers, no doubt forming impressions and ideas for later life decisions.