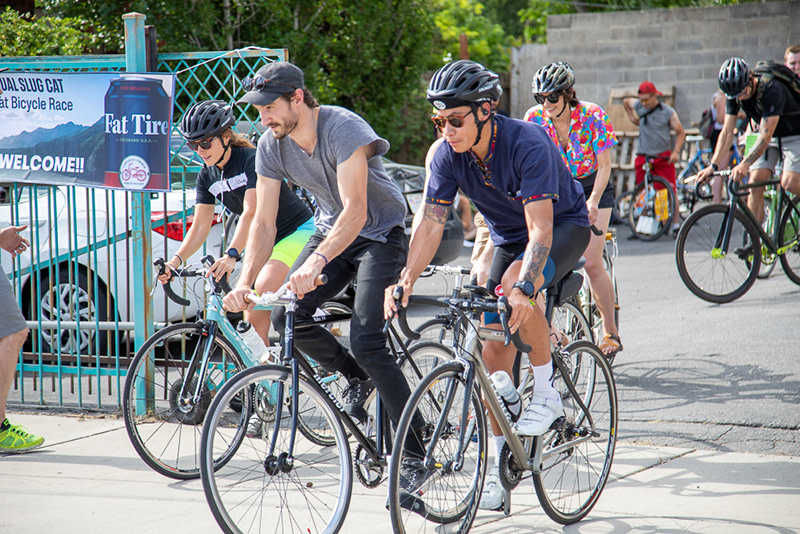 After registration at Saturday Cycles, the SLUG Cat included games and challenges at locations based on advertisements in SLUG Magazine’s May 2019 Bike Issue. In the most efficient manifest, a rider would travel about 14 miles in the following order: a newsletter sign up at Blue Copper Coffee, a snack at Mountain West Hard Cider, some unicorn hunting at Utah State Fairpark, a quick hop scotch Rose Park skate park, a fast lap on an SLC Bike Share Green Bike, hula hoop on the library square, a game of corn hole at Trolley Square, jump rope at Pig & a Jelly Jar, some flip for flip cup at Craft by Proper Brewing and finish with dizzy jacks at Fisher Cyclery.