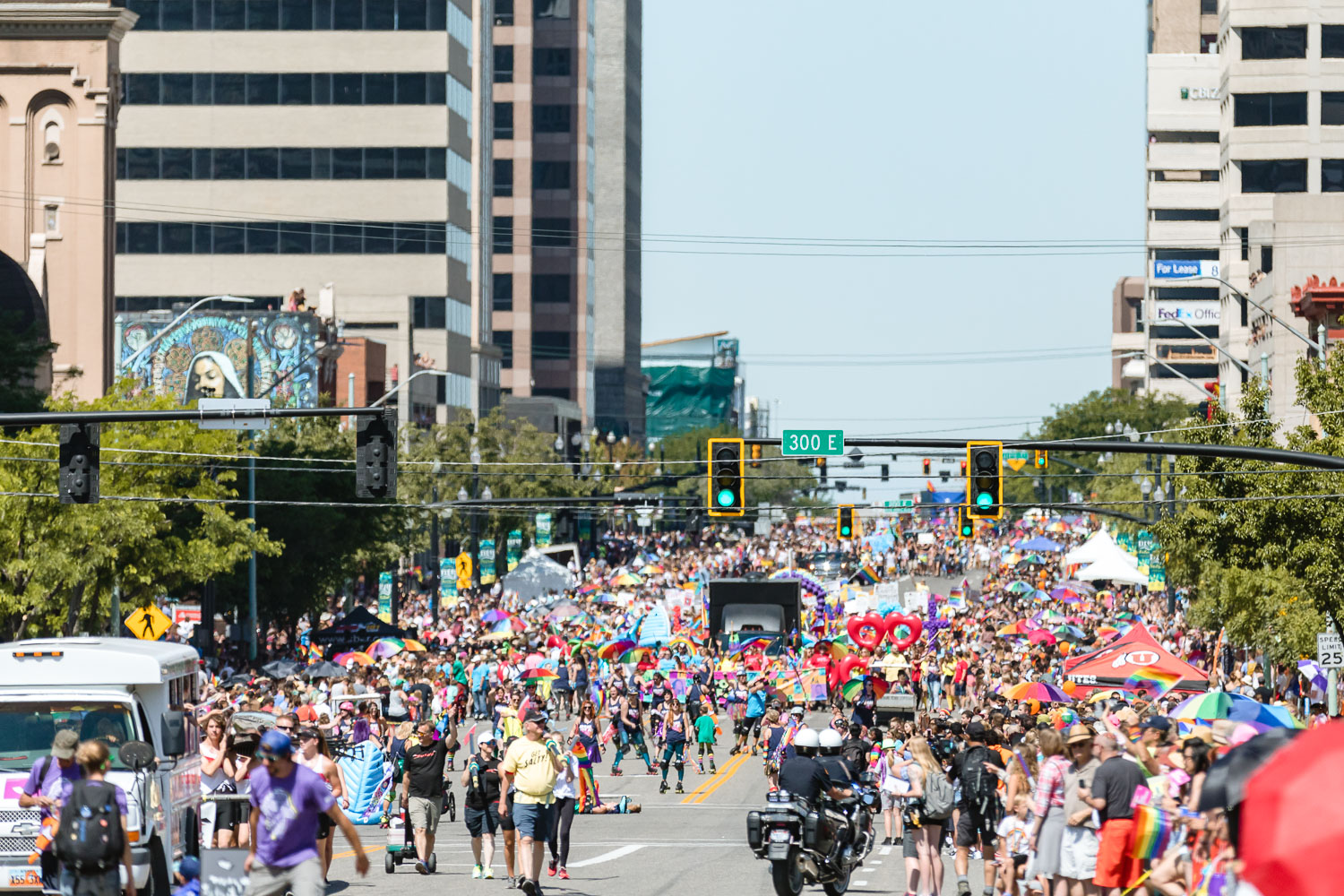 Parade lines and celebrations reach all the way down the street. Photo: Logan Sorenson | Lmsorenson.net

The Utah Pride Festival is about love, inclusion and progression—a way to open the summer months with togetherness as opposed to divisiveness. Whether you walk in the parade or observe from the side, at Pride, you will witness a spectrum of individuals who are gathered to celebrate unity among all individuals and allies within the LGBTQ+ community.

This year’s Pride displayed the best of these individuals as they came out for the weekend’s festivities armed with signs, smiles and bright-colored everything in the name of expression, pride and a move toward a more progressive future. People of all backgrounds showed up to give as much support to the community as they could. There are few events on Salt Lake’s calendar that offer such a wave of inclusion and positivity. Pride has grown to become a staple of Utah’s summers, and the festival’s trajectory only seems to be trending upward.

The streets of downtown Salt Lake were flooded with massive crowds looking on as the annual parade made it’s march on 200 South from West Temple to 400 East. People then moved their way from the streets to Washington Square Park, where groups were greeted to activities, food and entertainment during the final day of the Pride Festival.

In photos taken at Washington Square, John Barkiple captures the individuals and stories that make Utah’s Pride Festival thrive and grow year after year. Images of the parade from Logan Sorenson display the outward joy expressed by crowd and marchers alike on a gorgeous Sunday celebration of love and the Utah LGBTQ+ community.

Take a look at some wonderful photos from the 2018 Pride Festival in the galleries below.