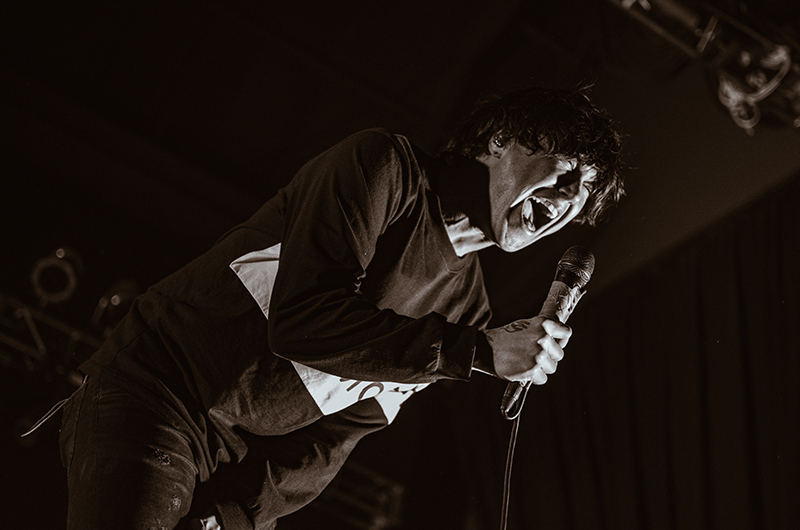 If you were any kind of emo/scene kid in the early 2010s, you know who Sleeping with Sirens is, whether they were your favorite band or you just know of them because of that one song Pierce the Veil released with Kellin Quinn(you know the one). 10 years later, they’re still going strong—both in the recording studio and the stage. I was stunned when I heard their new single “Leave it All Behind.” It was a very fresh sound with a heavier tone to it and I personally loved it. Live, their stage presence was as good as it has always been. The group was full of energy and loved interacting with the crowd.

The opener, Set it Off is in the very same boat as Sleeping with Sirens. You couldn’t be a part of the scene without hearing of them. I never personally listened to them, but I definitely remembered who they were and their fans sure haven’t forgotten who they are. The way the crowd was interacting with the band was incredible. Everyone was screaming the lyrics back at the band members. I felt like I was outside at an old Warped Tour date. Meanwhile, the other two openers were no slouches compared to the veteran bands after them. I was very impressed with Point North, especially in the immediate energy they put out to the crowd to get them hyped up. Belmont was a perfect edition to this line up—very clean vocals and instrumentals. Sleeping with Sirens was a bucket list band for me to photograph, but the entire tour package was an absolute treat. Both Point North and Belmont released singles in the past few weeks, with even Kellin Quinn featured on Point North’s single. If you see this tour package near or in your city, be sure not to miss out on it.