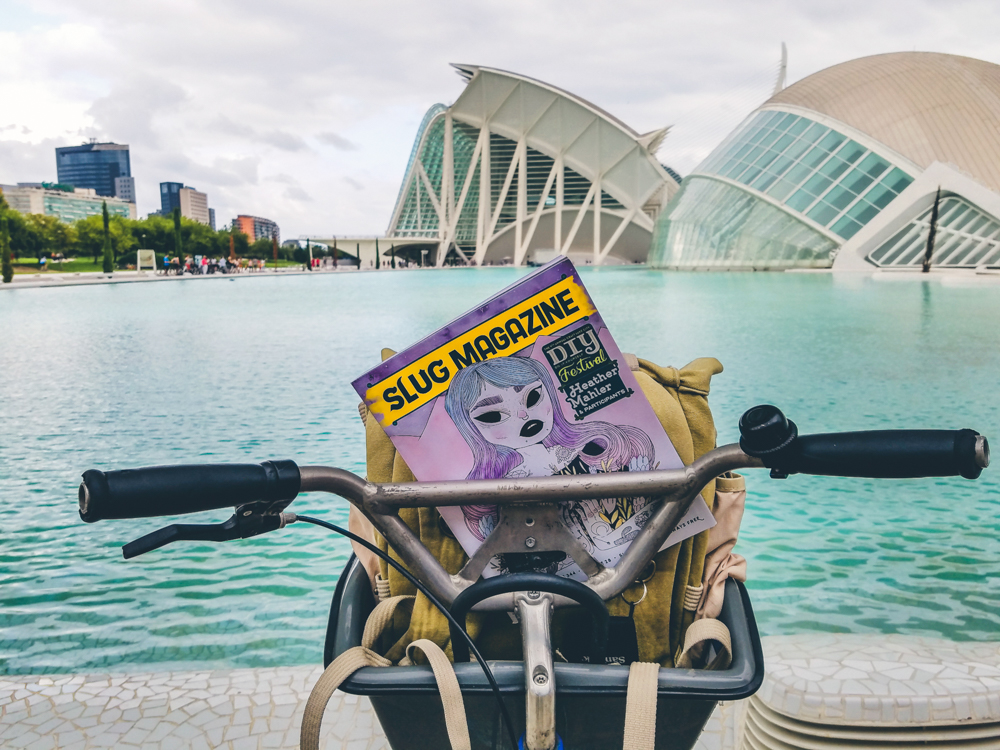 Our last day in Valencia was spent bike riding down to the City of Arts and Science, where we soaked up the view of the incredible architecture around us. Photo: Talyn Sherer

SLUG Mag in Spain and Morocco

After living in Salt Lake City for its entire existence, SLUG Magazine deserves a vacation from its day-to-day on the magazine rack in your favorite cafe. For this year’s vacation, SLUG Magazine took off to the streets of Valencia, Spain, where it spent time partying at La Tomatina and basking in a city of science near the beach. After a week in Spain, SLUG flew to Morocco where it wandered the medina of Tangier, Chefchaouen, Fes and Rabat. Two weeks traveling the countryside of Morocco allowed SLUG to see the beautiful art and architecture of the ancient cities while smelling the delicious spiced dishes of tagine. While in Tangier, we explored the cafes that once hosted great writers such as Paul Bowles and William S. Burroughs. After a few days on the Northern coast, we headed to Chefchaouen, where we wandered the blue-painted alleyways that were home to Jewish refugees in the late 15th century as they fled the Spanish Inquisition. From Chefchaouen we headed to the Fes medina to wander through the world’s largest car-free urban area that houses the oldest continuously functioning university. After a few days in Fes, we made our way to Morocco’s capital city, Rabat, where we learned about the history of the country and filled our nostrils and pages with the smells of the Atlantic Ocean.