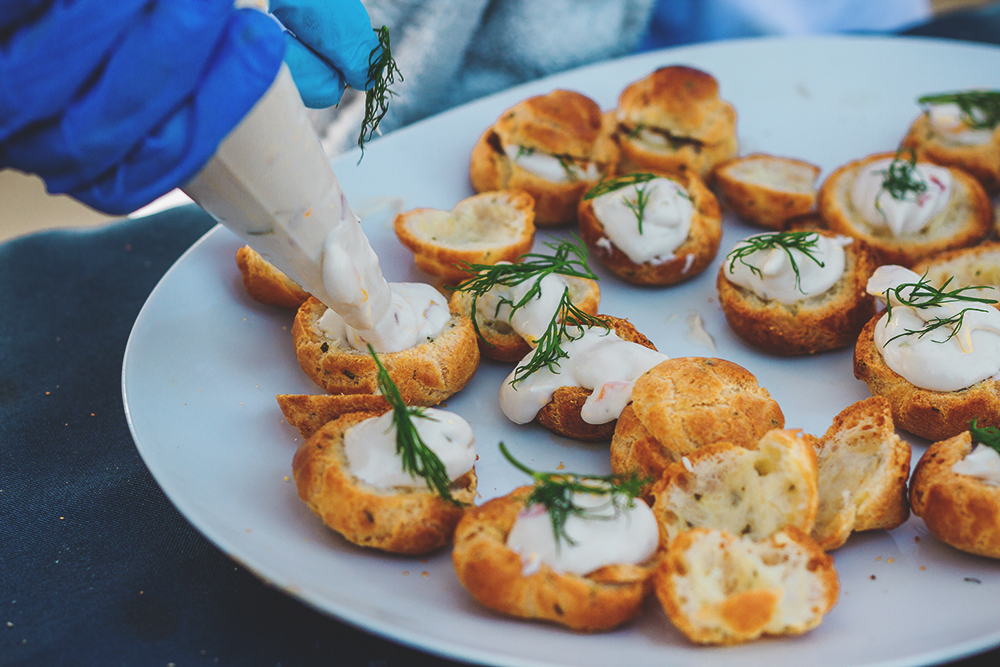 The time of year we have all been waiting for has finally arrived. Hosted by Salt Lake Magazine, Tastemakers marks the official opening to what is to be expected in the coming months full of food, drink and all around good times. This two-day food festival promoting the local creative minds behind many of Salt Lake’s greatest flavors brings people from all around the valley to bask in the delicious treats that highlight the culinary skills of their respective chefs. From the live music to the mini beer garden, this event is more than just a trip down culinary lane. For this year’s event, The Gateway played host to the seemingly endless horde of hungry travelers who were desperate to sample every bit of food that caught the periphery of their eye. The most courageous and large stomached among us were able to complete the tour in a single night, while the average consumer would spread their tastings over the course of the two days. To help ease digestion between samplings, Yelp SLC showed up to provide Tastemakers patrons with a few games from giant Jenga to the good old game of Corn Hole. After a few hours of dancing, drinking and struggling to keep the Jenga blocks upright, guests are invited on to the Salt Lake Sightseeing tour bus to travel to a variety of restaurants and sample more food. Whether your palette calls for steak, seafood, veggies or any obscure category not listed on the most recent food pyramid, Tastemakers has something for you to enjoy.