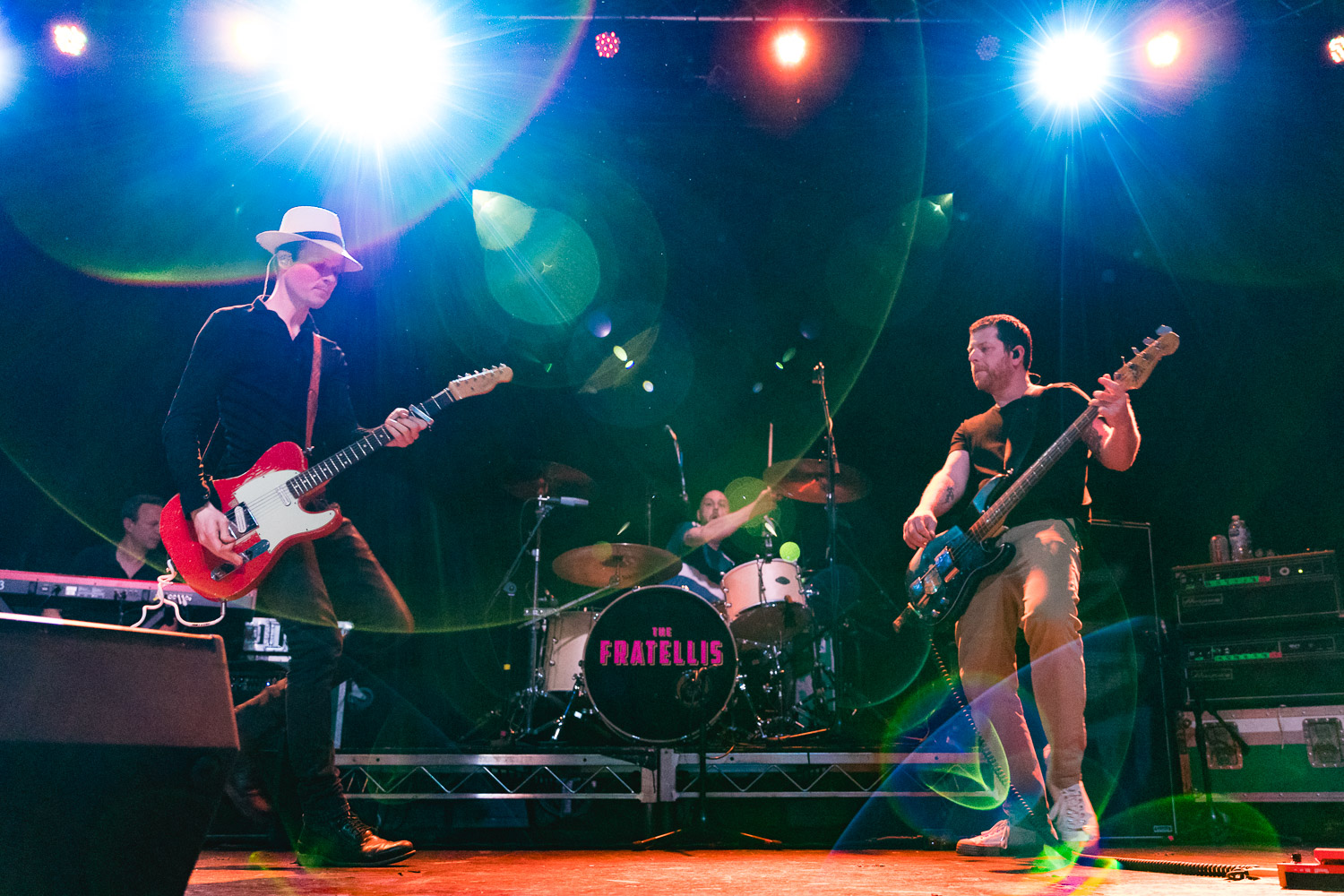 The Fratellis onstage at The Complex. Photo: Lmsorenson.net

The Fratellis @ The Complex 05.07 with Blood Red Shoes

The Fratellis returned May 7 to Salt Lake City to play a show at The Complex. Having played only a few shows in the Beehive state, this Scottish rock band continued to grow its local following. Fans arrived at the Complex early and head to The Grand for the show, maybe enjoying a churro or a beer beforehand, maybe eyeing that tour poster or the fancy t-shirts for a purchase during the set change.

First up to the stage was U.K. rock duo Blood Red Shoes. Laura-Mary Carter and Steven Ansell make up this fast-paced, high-energy alternative, garage, punk rock–styled band that consists of guitar, drums and vocals from both performers. With a sound that is almost like The Kills, almost like Royal Blood with a dash of Band of Skulls’ heavier hits and even a hint of American grunge in there, Blood Red Shoes took the reins and didn’t let up until their set was over (except to take a quick photo of the crowd).

Now up is the infamous Fratelli family (Yes, that Fratelli family … although they’ve never seen The Goonies and are not actually related). The Fratellis took their spots onstage. Frontman and guitarist Jon Fratelli, Barry Fratelli on bass and backing vocals and Mince Fratelli on drums and backing vocals started off playing hits like “Henrietta,” adding some live performance alterations, changing up the tempo and playing around a little, to the crowd’s appreciation. Jon and Barry walk onstage while playing and Mince is all smiles as he hammers away, keeping the beat, playing newer tracks off the most recent Fratellis album, In Your Own Sweet Time. All throughout the performance, the crowd of friends and families are treated to a great variety of fun and great music that showcases the band’s range and growing transition over more than a decade.