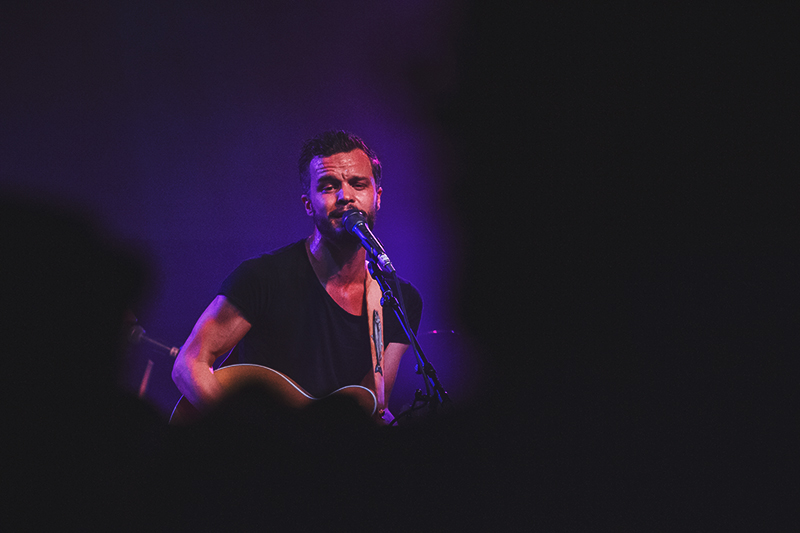 Kristian Matsson of The Tallest Man on Earth gets framed in the crowd. Photo: Talyn Sherer

The Tallest Man on Earth may not truly be exceptional in height, but his sound came as though it was projected from the highest altitude on the planet. His first performance in Park City was a refreshing experience, as he described his love for the mountains, the people and everything Utah. Fans got to enjoy the indie-folk sounds of Lady Lamb as she opened up the night with a solo performance that was without the need of any additional instruments. Her voice and a guitar were well-equipped to capture the attention of the crowd and keep them hooked through her 45-minute set. The Tallest Man on Earth headlined the night while the crowd, both drunk and sober, got their folk-rock on. Midway through the performance a couple of fans got in a screaming “Fuck You!” battle that didn’t faze Kristian Matsson as he grabbed his acoustic guitar and tried to settle the tension in the room. His charm was infectious as the crowd paid no attention to the drunken outbursts of a few unwelcome guests and instead turned their attention to the stage where The Tallest Man on Earth brought us back to our roots and gave us that good old mountainous sound we have been desperately craving at Park City Live.

Check out Lizz Corrigan’s recap of this excellent show!