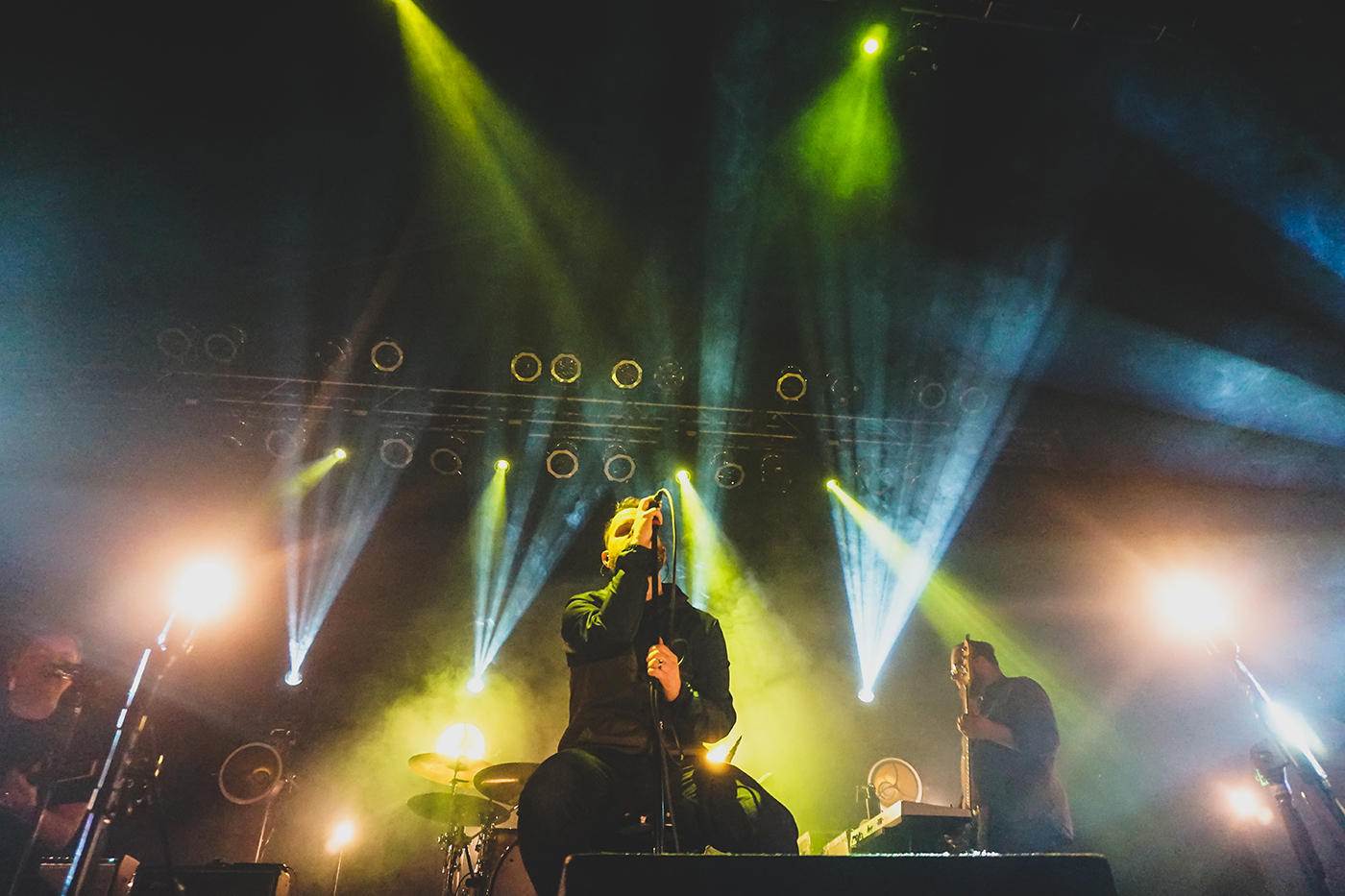 As the crowd slowly made their way in through security into the venue, opening act Pool Kids took the stage after coming all the way from Florida. The female-fronted band (which is so awesome) took control of the venue and got the crowd off their feet. In-between the acts, the crowd was lively and anxious to see the next bands, Free Throw and The Wonder Years.

During Free Throw’s set, the energy was high as the audience started a “push pit,” throwing fists in the air and shouting all the words to many of the group’s songs. As we waited for The Wonder Years, people gathered outside for a smoke, catch a breath of the the cool Downtown air and mingle with other crowd-goers. Attendees browsed the merch booth as well for a new hoodie or tee.

As 9:00 p.m. came around, attendees rushed inside and up to the bar as the lights go down. Accompanied by a low-lit atmosphere, The Wonder Years’ acoustic showcase was set to take Salt Lake City back to the 2000s. The band performed a guitar-and-keyboard-led “Coffee Eyes” as the crowd swayed and sang the tune. In-between sets, i talked to the crowd about their favorite Wonder Years songs. “There There” and “Sister Cities” took the top two.

Overall, the night stayed young and the near-full venue had a win for the night.