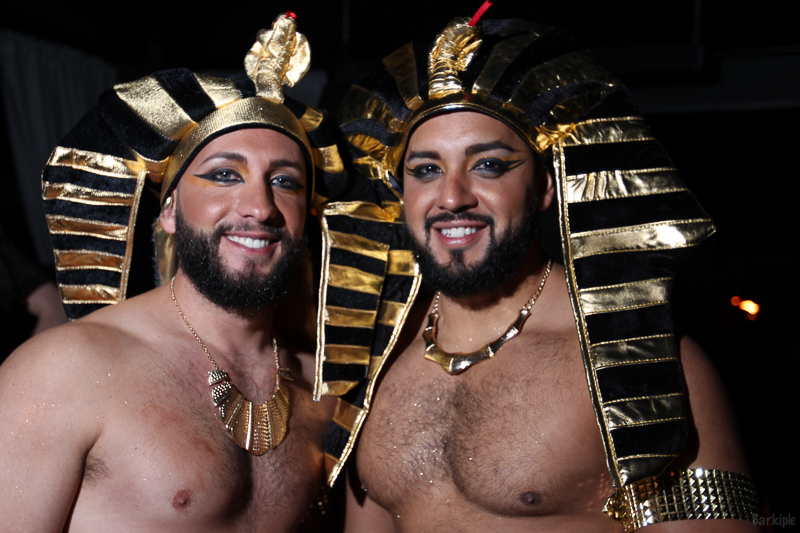 These boys were a strong contender for the "best group" award. Photo: John Barkiple

Halloween on a Saturday guarantees a wild night. From the early-evening trick-or-treaters on the corner of 9th and 9th to the late-night Sketch Cabaret aerialists spinning inside Metro Bar, Salt Lake had a Halloween party to suit every preference.

This Halloween 2015 tour of festivities started with Dead Train No. 666 on 1500 South and 900 East and roamed as far east as The Pie by the University of Utah. Stops along the way included the Windsor Street Taco Cart patrons and the 8:00 p.m. Rocky Horror Picture Show crowd at The Tower Theater.

A pair of Avenues parties followed that stop at The Pie. After a drive downtown, four Salt City Cycle Cabbies lined up for a photo before hoards of Garth Brooks fans poured out of the Vivint Smart Home Arena all dressed as cowboys. From there, a quick trip west revealed rodeo queens at The Sun Trapp and Metro Bar hosted Minx performing before passing the torch to Sketch Cabaret’s aerialists gyrating throughout the Metro Bar and Cirkus Pandemonium’s fire dancers lighting up the parking lot.

Spooky revelers filled the streets of Salt Lake, and 200 South once again hosted a hoard of costumed pedestrians. Thirteen trolls took a lap from Club Elevate to the Super Top Secret cosplay party on Edison Street and back, and the bar scene on second and second spilled onto the sidewalk from the crowded patios of Bar X, Beer Bar and Johnny’s on Second where sugar-skulled servers worked in the Bar X Taco Cart. Across the street, Este offered a much more casual pizza-by-the-slice scene.

Also, in what is becoming an annual tour stop, the party thrown by “The Ashley Madison Data Breach” (formerly known as “Ginger Gangster”) on 700 East turned it up to eleven this year with awards given for the best costumes in the categories of horror, group, made-you-think, cross-dressed, and celebrity. It so dominated the scene that it absorbed a party four doors north.

There was certainly a party for every personality in Salt Lake, whether it was a private gathering of friends or a costume contest in a packed bar.