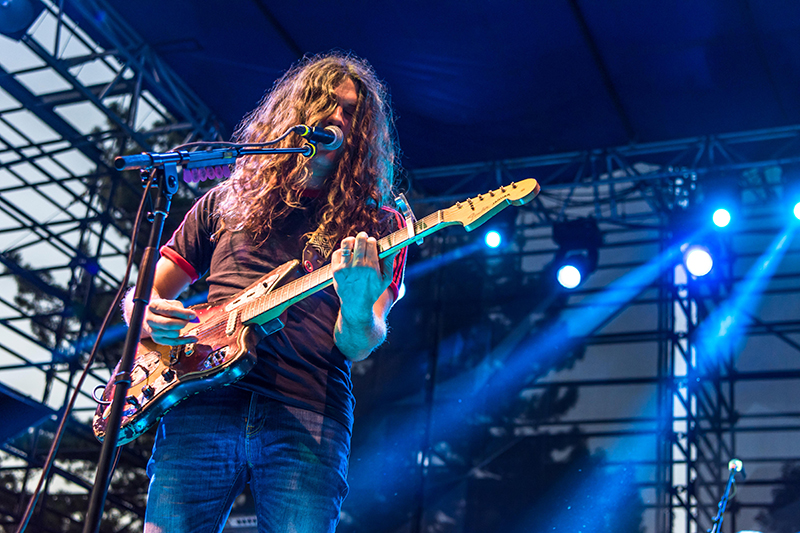 The beautiful Thursday night drew a crowd to Pioneer Park for the second concert series of the Twilight season. Set against the brilliant Salt Lake City backdrop, the stage was home to 90s Television, Whitney and Kurt Vile & the Violators. The concertgoers were a combination of locals and travelers for Outdoor Retailers, gathered in downtown to experience the nightlife of the city. Just like last week, the food trucks sold their delicious foods, including the cinnamon mini donuts of Art City Donuts or the patio-style truck used to smoke the brisket of Bandera. Hand-tossed pizza could be found at Fiore, to the delight of the Twilighters. After enjoying all of the tasty treats, people began to gather around the stage of the local opener.

Local band 90s Television opened up the show, setting the stage with their Weezer, Strokes and Beatles-inspired sounds. After their set, Whitney took the stage. Hailing from hometowns of Chicago and Portland, the band brought their debut release, Light Upon the Lake, to life. With a centerstage drummer, their soulful combination of beats and bass, piano and guitar serenaded the crowd before Kurt Vile headlined the show.

Kurt Vile & the Violators comprises Kurt Vile, Rob Laasko, Jesse Trbovich and Kyle Spence. Coming off some time with The War on Drugs, many of the band members have played together before, and they showed how well they groove together. The crowds were excited but relaxed as the Tom Petty, Neil Young and John Fahey–inspired tones danced throughout the crowd. The waning light bathed the crowd in the blue stage light as the second Twilight show came to an end.