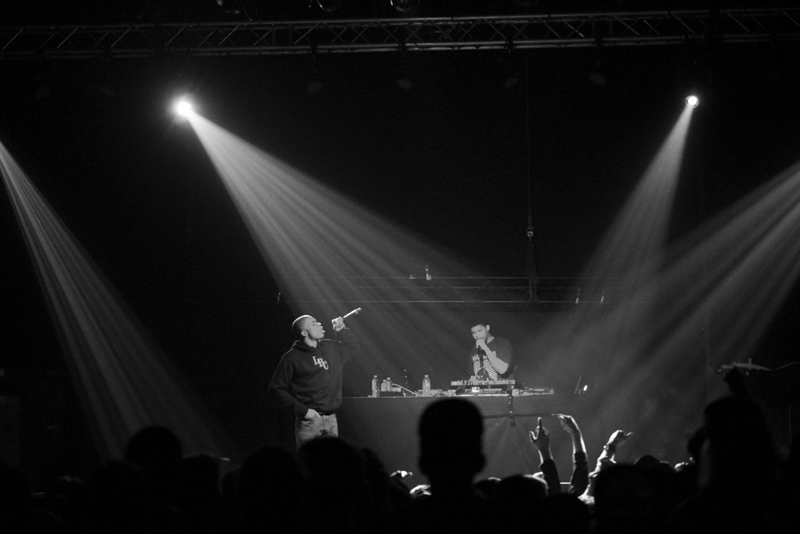 Long Beach rapper Vince Staples performed at The Complex on Friday, March 4 as part of his Circa Tour. His debut album, Summertime ’06, was released on June 30, 2015, to critical acclaim.

Local rapper Cig Burna from West Valley came on stage after DJ Juggy’s set. He came out with some energy and the crowd loved it. He performed his hits, including “Devils Food.” He kept the crowd on point and had them all ready for the next local rapper Dumb Luck.

Dumb Luck came out and said that he just got off work, and is ready to do some more work. The audience really payed attention to him and his songs. Toward the end of his set, he created a new beat on his mixer and rapped to the beat, which audience loved. He had the crowd prepped for Vince Staples!

Staples came out with a vengeance running and jumping while rapping to the audience—the crowd definitely felt his energy and began to dance with him. Staples rapped to the almost full house and they loved every moment of it. For one of his song he asked the crowd to raise both their hands in the air and start to clap all together, the cowed obliged. DJ Tyler started the beat and Vince began to rap along. DJ Juggy, Cig Burna, Dumb Luck and Vince Staples all put on great performances and received a great reception from the audience.