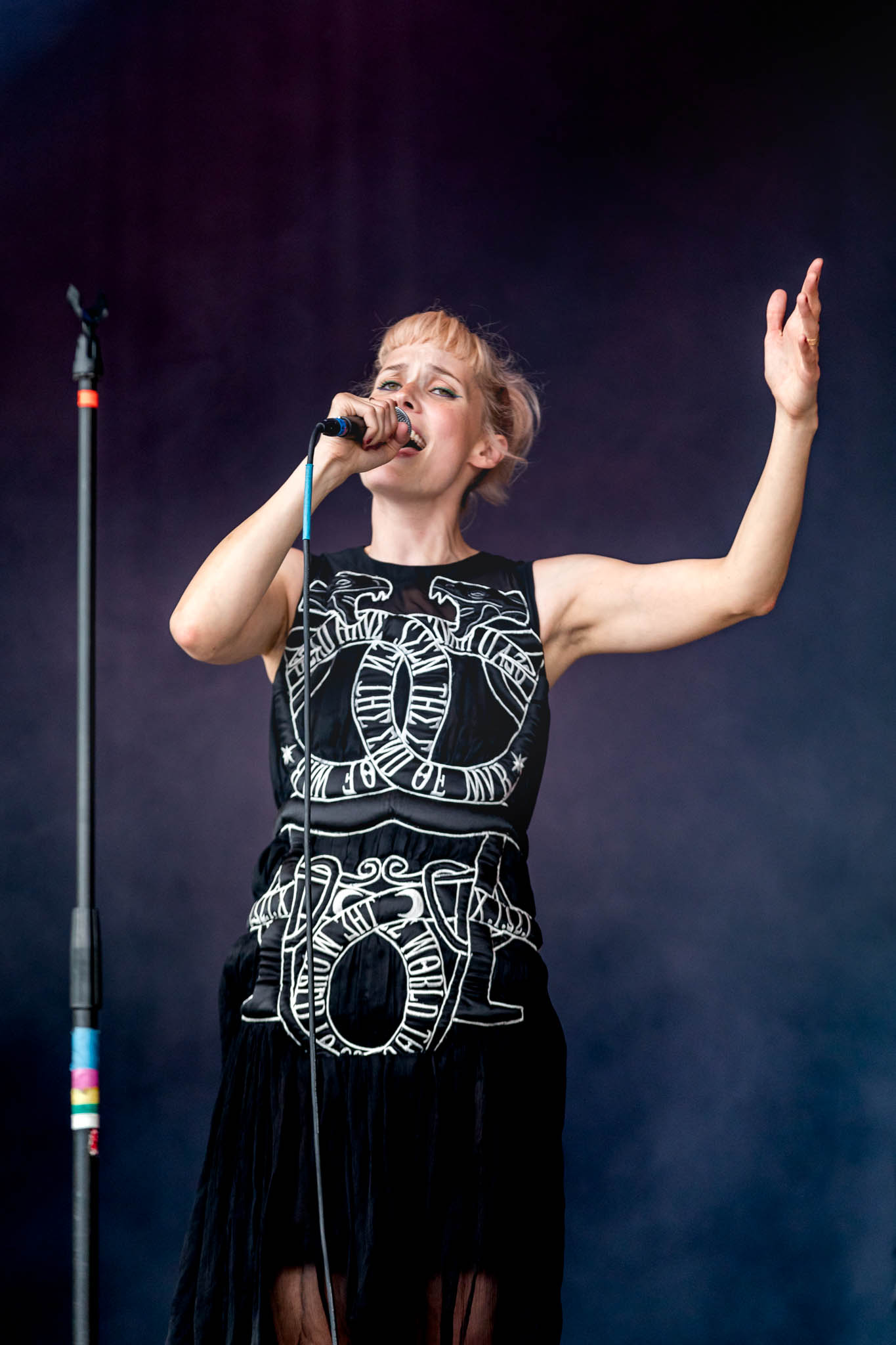 Ogden, Utah: the northern neighbor to Salt Lake City and host of the third annual Ogden Twilight Concert Series. Held in the historic Downtown streets at the Ogden Amphitheater, this outdoor event brings out family and friends from Provo, Salt Lake and the Ogden area with the promise of food, drink and, of course, music. Many vendors are available to the attendees, ranging from pizza by the slice, coffee roasters and beer vendors to car dealers and radio stations.

First up for the evening’s entertainment is the Provo-based RKDN. This four-person band incorporates vocals, guitar, drums and keys for an indie, soft-rock and even twangy sound that makes for a pleasant opening act in this picnic-like, cool summer evening full of smiling faces.

With a set change and more people making their way to the amphitheater’s grassy seating accommodations, the audience is greeted by musical group Oh Land. Danish singer-songwriter Nanna Øland Fabricius, known as Oh Land, brings her music from New York to Ogden. While relaying that the Utah mountains are so beautiful when compared to the seemingly flat Danish landscape, Oh Land starts up with some light drum and keyboard tunes that feature prominent, clean, sharp vocals and a quirky upbeat mood. With tracks such as “Love You Better” and “Renaissance Girls,” Oh Land had concertgoers singing along or dancing in their seats throughout the set.

Last to the stage was headliner Wild Belle, consisting of siblings Natalie and Elliot Bergman and their band. Hailing from Chicago, this American pop/ska/rock band starts with a slow burn and keeps it mellow with vocals that sway from playful to ethereal and supporting music that is both psychedelic and electronic. With dual keyboards, drums, guitar, a selection of effects and even some brass woodwinds, Wild Belle make for a great ending to the evening and a strong first in this year’s Ogden Twilight Concert Series.