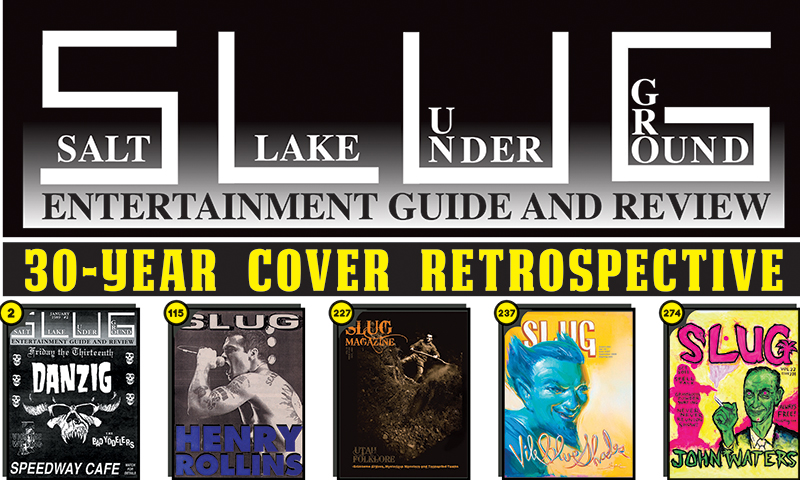 SLUG Magazine has been a truly unique voice in Utah and independent journalism for over 30 years. Each month along the way since our inception, SLUG print-issue covers have represented the undulations of Salt Lake City’s and Utah’s local creative communities and the impressions of musical phenomena from the reaches of the world. From local to national to global music, to action sports and Utah-based film festivals, arts and entertainment in Utah have percolated in SLUG’s coverage. Physical SLUG Magazine issues provide a visual timeline of growth alongside that of the counter-cultural zeitgeist of SLC. A kaleidoscope of SLUG covers is the result.

In this, our 30th Anniversary Edition’s “30-Year Cover Retrospective,” we’ve selected a cover from each year of the magazine’s existence. With each issue, we entreat you to take in the different eras of SLUG in an earnest curation of some of our favorite covers. Find in the following pages one standout cover from each year of SLUG since 1989. Local characters and rockist underdogs abound; contemporary, colorful, expressive illustrations juxtapose with the black-and-white grit of early photos; and the dark and sinister waltz with what’s warm and human in this menagerie of covers.

If you have a favorite issue or cover from SLUG’s storied history, our archive issues can be found on SLUGMag.com at SLUGMag.com/issues. 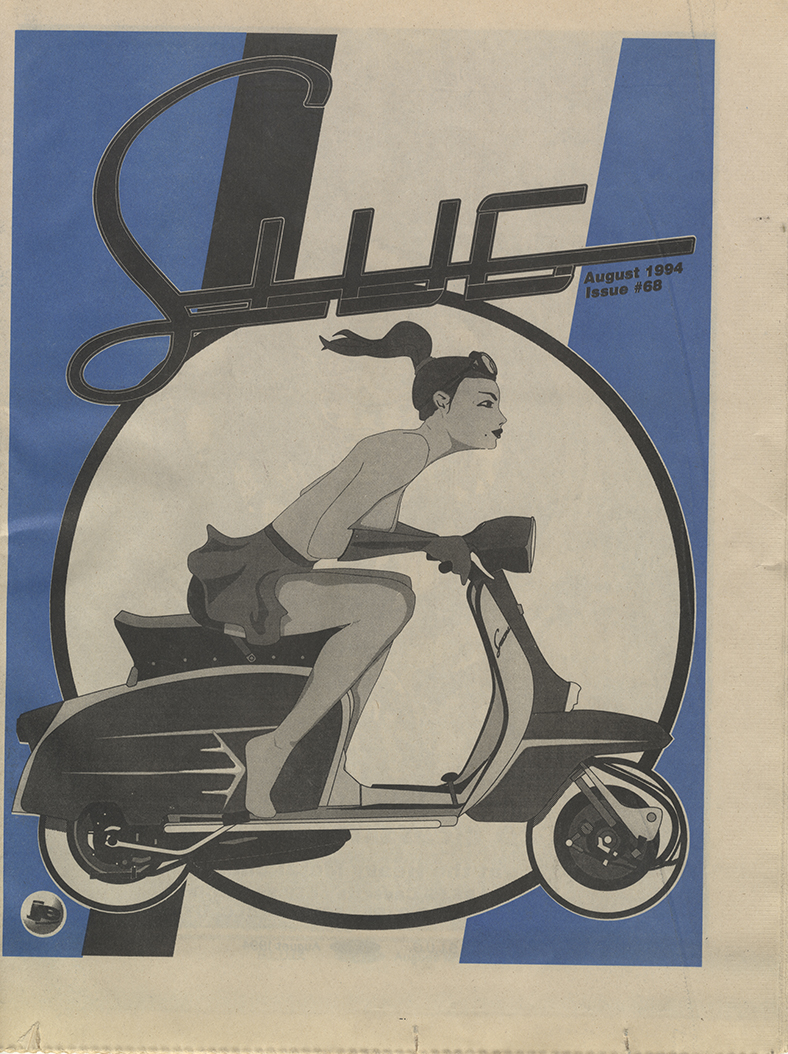 Issue 68 – Aug. 1994 – With biting momentum and speed, SLUG’s 68th issue hit the streets with Jared Eberhardt’s beautifully sleek graphic at the forefront. Developed through a combination of a hand-drawn cartoon of a woman on a (then) modern Vespa and 1994’s graphic-design software (Mac Quadra 650 and Aldus Freehand), Eberhardt created August ’94’s eye-catching cover.