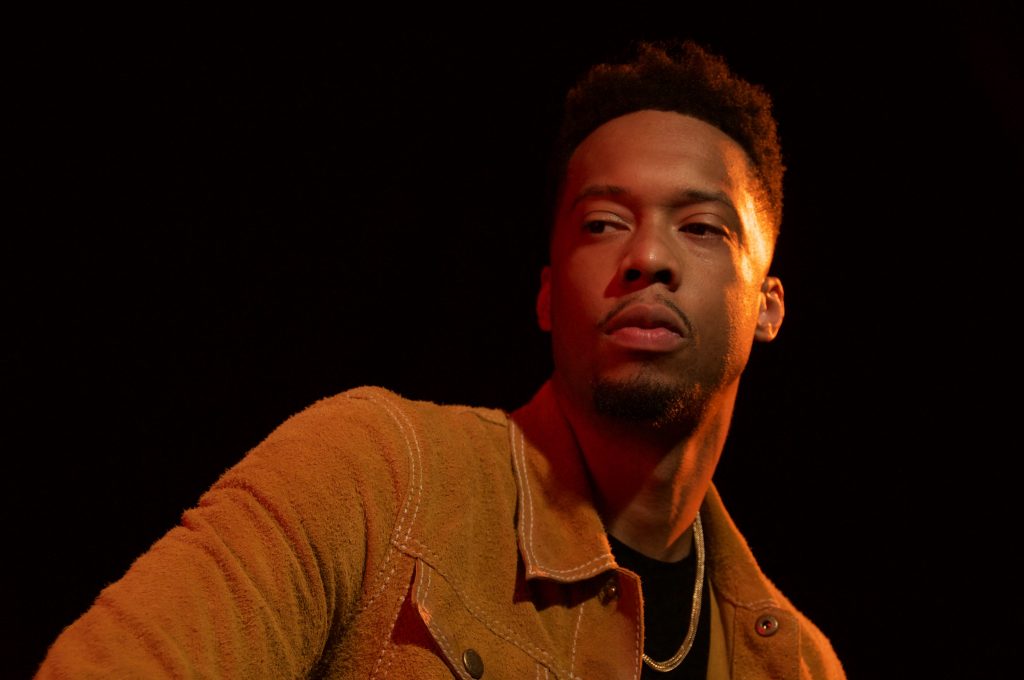 When you dig into the Motor City’s sonic landscape, you’ll discover many different acts with varying talents and abilities such as Trick-Trick, Phat Kat, Bronze Nazareth, Illa J and others (RIP MC Breed, Proof and J. Dilla). However, if I were to make a top-five list of Detroit rap artists from the outside looking in, I’d have to mention Eminem, Royce da 5’9”, Elzhi, Big Sean and … Black Milk.

Black Milk is one of the only rappers I have a comfortable time putting the “underrated” stamp on. His career is storied so catch up if you’re lacking. Regardless of record sales and media hype, his catalogue doesn’t lack for anything when compared to many household names, especially since he’s taken a new direction that has put him in a category that may further distance him from his peers.

SLUG: Why did you name yourself Black Milk?

Black Milk: It was like everybody on the scene at the time in Detroit had pretty interesting names, unique names. You had the Eminems, you had Slum Village… it was just a lot of different names and for whatever reason, Black Milk was one of the names that came to mind that I thought would make me stick out. I was gonna change it a couple different times, but I didn’t man—it just stuck. I felt like it always thought it made people’s ears perk up, so yeah, that’s kinda how that name came about.

Black Milk: I mean, you got more freedom to do more things musically … spontaneously, with the band, stuff that wasn’t part of the plan. When you have talented musicians onstage, you can go off and do whatever, versus when you have a DJ, you just gotta stick to the track and the audio that’s coming out of the DJs laptop. I like to have freedom and dynamic sets with the option to be spontaneous onstage.

SLUG: Being from Detroit, how did you pull a band together from New York, Cleveland and Washington, DC?

Black Milk: Well, it started with my man Ab (Aaron Abernathy), the keyboardist. He came in, and we linked up on my second album, Tronic, in 2008 … he was singing on some stuff and playing keys on some stuff, and I decided at that time to do more—not only have live music in my production but bring it to the stage, and he was the guy that kinda brought the musicians together with Malik Hunter (bass player) and, at the time, Daru Jones (and eventually current drummer, Zebulun “Z” Horton, on the drums. Those are the guys he was already playing with, musicians he found from going to Howard University and just being around the scene in DC. We all linked up, had good chemistry and been rocking ever since.

SLUG: What advice to you have to young musicians out there?

Black Milk: Only advice I could give to someone that’s aspiring to be a musician is get ahold of whatever instrument you want to play and train and practice and study that instrument and be a student of music—[don’t just] be a fan. Really get into it. That’s how you become very, very good at what you do. You might have a gift, but you still have to own that gift.

SLUG: Why did you name the new album FEVER?

Black Milk: When I was recording the album, I was writing about all the stuff that’s going on in the world in terms of social issues. We’re in a period where the temperature is high. It’s hot. I don’t know the right word … we’re just on edge. I called it FEVER because the temperature is really high right now.

SLUG: The album sounds so much better live, which isn’t the case with a lot of hip-hop. What went into that?

Black Milk: When I make the music, especially on my last couple of albums, I keep the live show in mind. I try to keep the band in mind when I putting together a lot of the [material]. So of course, it’s naturally gonna sound even bigger and fresher and just have a different dynamic onstage than in a studio recording. That’s the plan. Do the studio recording and use the album cover as the flier for the show, and when you come to the show, it’s an even more in-your-face, bolder experience.

SLUG: If you could add any artist, dead or alive, to your band, who would it be?

Black Milk: [Exhales] We already got bass, we already got drums, we already got keys… my man [Isaiah] Sharkey. He’s been doing his thing for a minute. He actually played in D’Angelo’s Vanguard. So, I say Sharkie as guitarist—and I got one more! I probably add Coltrane. Some horns, yeah, add a different flavor to the band.

SLUG: What do you miss the most about your hometown when you’re traveling?

The next time Black Milk & Nat Turner arrive in Utah, I want them to be to greeted by a sold-out venue in Ogden or Salt Lake City. Something like a park on a weekend. The sound these men produce is too big for an indoor venue and too rich with nutrients for the soul to be overlooked. The summer is still ripe, and festival season is in full swing. Promoters and booking agents, make it happen!

You can purchase Black Milk’s FEVER on all major platforms.