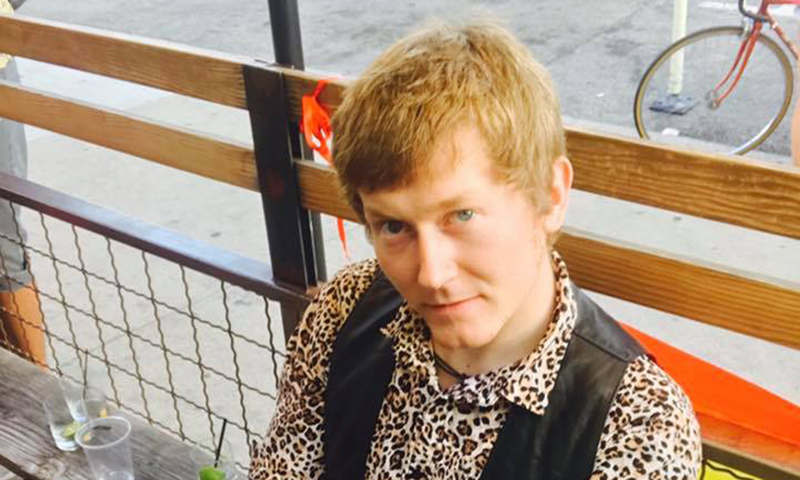 A Farewell to Nix Beat

Many of you may now Nick Kuzmack as one of SLUG Magazine’s most cherished punk rock writers—ranging from interviewing such legends as John Doe and Exene Cervenka of X and Jake Burns of Stiff Little Fingers, to his dozens of articles featuring provocative insights of bands from across the globe to right here in our own backyards. When he’s not penning his critiques on said bands, he can usually be found spinning their records, along with the rest of his vast roster, as DJ Nix Beat either opening for larger acts or as the host of his Freak Out showcases. However, as of Nov. 13, Kuzmack will be moving to London to further his skills and spread his talents as a journalist and DJ. There will be a going-away party dubbed Nix Beat’s Farewell Freak Out as the final performance in his Freak Out series on Sunday, Nov. 12, at Metro Music Hall. It’s a fitting way to say goodbye to someone who has done so much for the local scene.

SLUG: Why London? What is it that’s provoked you to move back there?

Nix Beat: London has always been a home for me. Although I was born in Washington, D.C., I’ve always had access to the U.K. because of my dual citizenship. In my late teens and early 20s, I was able to travel there for long periods of time and even lived there for a while when I was 21. Each time I was there, I was exposed to a great deal of diversity that influenced how I looked at the world. For example, I went to the Rebellion Festival three years in a row in Blackpool, England, and met people from around the world who shared similar ideas with a great love for music. These experiences showed me that the world is a big place with lots of cool and interesting people. In 2014, I reconnected with some people I knew in London who were starting a pop culture rag called Heatwave Magazine. It’s a kind of international collective of music enthusiasts, and I was asked to contribute. After working with them for the last three years, I felt a need to go back to London and get more involved over there, so this year has been spent making that goal a reality.

SLUG: Will you continue your DJ’ing out there?

Nix Beat: When I told my friends at Heatwave that I was returning, they asked me to spin with DJ John the Revelator (Dirty Water Records) for Heatwave Magazine’s fifth release party at the Finsbury Pub in London, England, on Nov. 18. This party will feature Biznaga, Randy Savages and Belfast’s’ legendary power pop punk band Protex. I hope to do more DJ’ing and of course more writing. I’ve have talked to some friends over there about some possibilities. I’m sure something will come up—after all, I’m taking a lot of my records with me as well as my sunny disposition.

SLUG: Tell me how Dennis Fuller (The Boys Ranch) came up with this idea for the going-away party. How did it all come together?

Fuller: To answer the question about how it came together, Nix and I have fostered our relationship over the last few years over music and meeting up for lunch. We always talked about art, music and how Salt Lake is so culturally rad and has so much potential. We’ve done several shows together already. While we were grabbing lunch one day, talking about Nix’s decision to move back to England, I thought, “Man, this dude has put on a ton of rad shows and DJ’d so many of our gigs. Let’s give back to the guy in the form of a show/party!” I quickly pitched the idea to him because I’m the type of person that gets an idea and has to shoot it out very quickly, or I might lose the initial muse and excitement of it. We talked about a ton of bands we wanted to have play the bash and narrowed it down. Of course, I offered The Boys Ranch to play, because what’s a going-away party without saying goodbye in the best way possible, music? DJ Nix Beat will be sadly missed, but we are stoked for him to push himself into another chapter of his life! He is one passionate dude that can’t be replaced!

SLUG: I know that the acts you have playing your show are ones that you have written about in the past and have had working relationships with. How did you decide which ones were going to play?

Nix Beat: It was really tough to narrow it down. Dennis and I threw a lot of names around and then began contacting them. Some weren’t able to play, while others signed on almost immediately. Regarding those who are playing, Brain Bagz is a group that I’ve had the immense pleasure to work with, both through my writing and via DJ’ing. The Boys Ranch always make for an awesome party. They graciously played my birthday party earlier this year and easily stole the show—and every show after that. I spun for both The Arvos and California Border Patrol a month or so ago. During the gig, I was blown away by both of their performances and had to see them play before leaving. DJ Eric Jenson is someone I’ve worked closely with since I started DJ’ing. With his help, I started my first rock n’ roll night and The Freak Out at the Republican. DJ Josh Awful aka Josh Price of The Boys Ranch and Primitive Programme is a cool guy I’ve been lucky to get know over the last couple of years. He’s DJ’d with me at The Freak Out, and I’ve been a guest on his K-UTE radio show. DJ Funhouse, aka Malicia Dominguez, is an amazing artist, has a rad taste in music and not to mention brilliant records. After chatting with her about music over the last few weeks, I asked if she would be interested in spinning at my party, and she said yes. Overall, though, these cats are my friends, and this is a great excuse to have a proper bash with them before hopping over the pond. I’m very excited for this show: We’ve got some of Salt Lake’s best and brightest, and they are going to kill it.

SLUG: What are you going to miss most about SLC? Any people or experiences you’d like to mention that made your time here more memorable?

Nix Beat: I feel incredibly lucky to know the people that I know, and while I’m away, I’m going to miss this creative community. Whether it be interacting via my journalism, DJ’ing, checking out shows or hitting the town, Salt Lake has some of the finest folks this side of anywhere. Apart from the bands and folks listed above, there are many other groups I have thoroughly enjoyed collaborating with: Rebel Rebel, Los Ya Yaz and Mad Max and The Wild Ones. There are also individuals and groups that are so passionate about their community and about making it better such as Alex Cragun, Shay Read (who made the poster for the show), you Eric U. Norris, Sarah Baytop Scott and the folks of SLUG, Utah Stories, Utah Against Police Brutality, Diabolical Records and Raunch Records’ Brad Collins, who has been a huge influence, not to mention my mum and dad. I’d also like to give a shout out to Mikhale Carter (DJ Mikhell), Dennis Fuller, Tara Christenson, Katie Douglas, Jeremy Devine, George Kounalis (aka DJ Dum Dum Boy) and Tyson Call. I’d name more, but I’m not sure even SLUG has the space available for that!

SLUG: Where can we look to keep up with your future endeavors?

Nix Beat: Look me up through my FB page @DjNixBeat, nixbeat.com or even HeatwaveMagazine.com. One could always do the pen-pal thing, too; that’s hip.

While not originally from SLC, Kuzmack has definitely made more than an impact on the local scene and will be dearly missed by many people. I, for one, am going to miss our extensive conversations on anarchy and punk rock music and which bands we felt best keep that spirit alive. His Farewell Freak Out will be held this Sunday, Nov. 12, at Metro Music Hall. The lineup will include Salt Lake’s own California Border Patrol, The Arvos, The Boys Ranch and Brain Bagz, with support from, DJ Eric Jenson, DJ FunHouse, DJ Josh Awful and, of course, DJ Nix Beat. This will be Kuzmack’s last night in SLC, so let’s send him out on a high note and give him no reason to forget us.