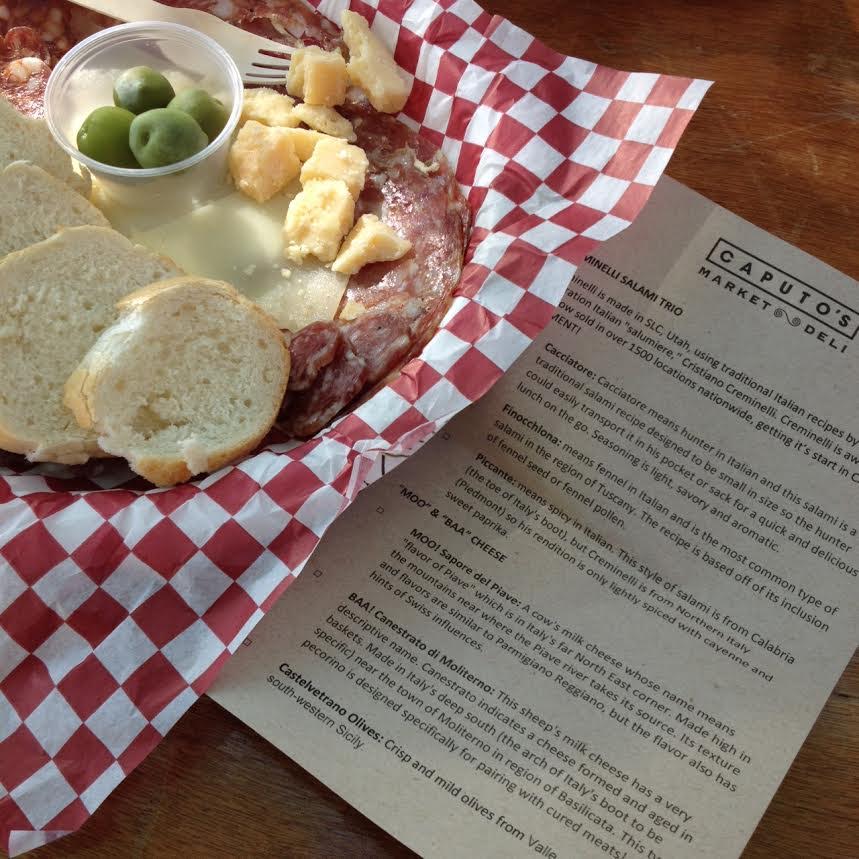 Festa Italiana welcomed a staggering 10,000 people hoping to get a taste of authentic Italian food, entertainment and history. The inaugural festival took over the city block in front of the Rio Grande Depot on 300 South 400 West in Salt Lake City for a weekend in late September. Vendors lined the street selling food and art. A row of Fiats added to the Italian charm. The celebration of Italian food and culture was the innovation of the men’s chapter of the Italian Civic League. They’ve been working on Festa Italiana  for years, ironing out the details and securing sponsors.

Live music filled the air as my husband and I plotted our eating strategy. As a card-carrying member of the Women’s Chapter of the Italian Civic League, I am partial to all things Italian. As a food writer and descendant of Italian cooks, I’m especially interested in the culinary aspect of my Italian heritage. I’m happy to report that I ate a lot at Festa Italiana. And it was all delicious.

“We really wanted to bring an Italian-style street festival to Salt Lake that gave patrons a chance to try some REAL Italian food. Our intention wasn’t to have spaghetti and meatballs necessarily, but to give them a chance to try things our grandmothers made.,” says Dominic Fratto, president of the Men’s Chapter. Sole Mio, an Italian restuarant located in Sandy, presented quite the menu. What caught my husband’s eye was the arancini, which was the size of baby’s head. He jumped in line—eyes on the prize. A favorite Italian appetizer, arancini are deep fried rice balls filled with meat and cheese. I remember my grandma making them, but they were never this big! Stuffed with your choice of beef, ham or salmon, it was a filling dish for only $5. Perfectly crisp on the outside, and filled with cheesy meaty goodness inside. Tony Caputo’s Market and Deli impressed with a display of Creminelli salami. This world-famous, locally produced Italian salami was included in a meat and cheese plate for $8. The Caputo’s booth was conveniently located by the wine. Well played, Caputo’s, well played. My husband and I purchased a plate to share as well as two glasses of Chianti and searched for a table. Luckily, we found a small table in the shade where we could enjoy the live music from the large stage set up directly in front of the Rio Grande Depot.

Per Noi Trattoria , a popular Italian restaurant located in the Avenues served gnocchi (delicous pasta-like dumplings) and other traditional dishes. Their line for food was epic, so it must have been good. Another favorite was Sweetaly Gelato, which was a refreshing treat on a hot day. “The food was amazing. The entire [Festa Italiana] festival was amazing!” exclaimed the Women’s Chapter president, Debbie Pienezza, who was at their booth selling sweets and shots of espresso. My husband wanted espresso and I wanted something sweet. The zeppole were only $5, and since I’d never tried it before, I was excited to sample this traditional Italian dessert. Three doughnut hole–looking pastries were covered in whipped cream and chocolate. Upon first bite, I realized that zeppole were so much better than doughnuts. They’re more like cream puffs—light and airy.

There was much more to do than to eat at Festa Italiana. There was a bocce ball tournament, a pasta eating contest (okay, that’s eating, but it’s competitive!) and the musical entertainment. One of the big draws was the free performance by Ricci Martin (no, not that Ricky Martin), legendary Italian crooner and Dean Martin’s son. “There was a real magical feeling when Ricci Martin was performing his father’s tunes and watching old footage of Dean lighting up the large stage screen,” says Fratto.

The two-day festival was an ideal sendoff to summer. I’m happy to say that the Italian Civic League organized a great party for Salt Lake City. “All in all, we couldn’t have asked for a better turnout,” says Fratto. “The amount of people who turned out on our first year really solidified the fact that Salt Lake City wanted this festival. We are already looking to make Festa Italiana bigger, better and more authentic next year!”