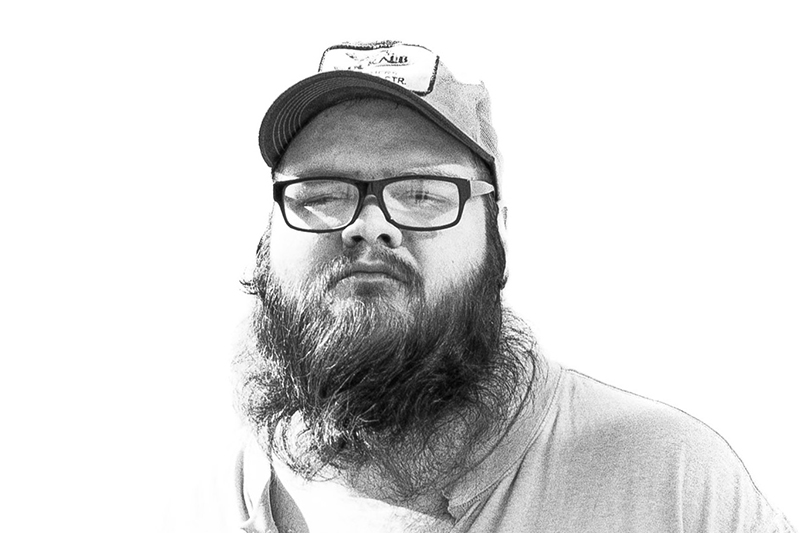 John Moreland will be playing The State Room Friday March 4, at 8 p.m. in support of his most recent release, High On Tulsa Heat. Photo: Kris Payne

From playing in punk and hardcore bands to being an alternative-country, folk artist, John Moreland has been playing shows and telling stories since he was 13 years old. Moreland will be playing The State Room Friday March 4, at 8 p.m. in support of his most recent release, High On Tulsa Heat. Lilly Hiatt, the daughter of legend John Hiatt, will open the show. SLUG caught up with Moreland to discuss baseball, performing live and the state of music today.

SLUG: Last year, Rolling Stone included you in their “10 New Country Artists You Need to Know.” The modern-day mainstream country artist seems to wear designer jeans and clean cowboy hats and writes songs for the sole purpose of achieving fist pumps and “hell yeahs.” Do you ever fear getting lumped in with that? Is it fair to label you country?
Moreland: I don’t fear getting lumped into that. I don’t care—people can lump me into whatever they want. It’s not going to change what I do. I don’t think country is the most accurate thing to call my music, but it doesn’t bother me if that’s what people will call me.

SLUG: On your song “Nobody Gives A Damn About Songs Anymore” from 2013’s In The Throes, you sing: “I hear truth is what songs are for / Nobody gives a damn about songs anymore.” Is this true?
Moreland: Sometimes it is. It felt true at the time. I’ve been in some situations where I’ll play that song in a really awesome venue to a really great audience, and I feel it’s kind of an ironic place to sing those words.

SLUG: Your songs are honest and very emotional. Your heartbreak bleeds out like an instrument when you are onstage. Your pain, regret and loss are so much on the surface that as an audience, our own pain, regret and loss surface. When you are playing live, do you know when you are connecting like this? Can you feel that emotional connection that comes back at you?
Moreland: I don’t think about it in those terms, but I can tell when it is connecting really well. You can feel something in the air, and everything is just working. Sometimes there’s shows that don’t feel that way, and I’ll get offstage and everybody will say that it was great. It’s hard to tell, but most of the time, I get the sense of it. The room makes a big difference. There are some rooms that, no matter how well you play, or how good the show you have, the room just feels awkward. People in the crowd don’t necessarily feel that way about it. They are just happy to be there and see the show.

SLUG: Just when I think songwriting is dead I hear a song like “Sad Baptist Rain” from High On Tulsa Heat. “Outside the show drinking Nyquil and honey / Trying to conjure up some rock and roll.” Any poet worth his or her salt would murder for that line. What is your writing process? What do you do and where do you go to let all these brilliant lyrics flood out?
Moreland: I don’t know if I have a process, because I think it is different every time. But I think you have to be receptive to however it’s going to come to you. Just be ready and be looking for it. There are songs where the lyrics come with the melody, and then there are songs where I’ll write three verses and then decide that I hate the melody and find some other way to use those words. There are songs where I’ll have the music, the melody and no lyrics and it takes me a year to come up with the lyrics. So yeah, it can really happen any way.

SLUG: It seems that popular music artists are so marketed and branded that their entire career is a business plan. MSNBC host Rachel Maddow recently tweeted, “If the American music business made any sense, guys like John Moreland would be household names.” Do you think the music industry will ever get back to celebrating artists rather than pushing an image.
Moreland: I don’t know, I don’t really think about that thing much. I guess maybe it does seem like there are things happening that wouldn’t have 10 years ago. Somebody like Sturgill Simpson being on Atlantic Records—I don’t think that would have happened 10 years ago. Things like that kind of make me a little bit hopeful that music is moving in the right direction, but who knows?