SLUG Mag Soundwaves
Episode #392 – Homephone
00:00 / 17:29
Spotify Stitcher
RSS Feed
Share
Link
Embed
The sound of muffled bass echoed across 300 West as I walked closer to Kilby. The closer I was, the more decipherable the music became. By the time I was in the alley, it was clear that Baby Gurl had taken the stage earlier than expected. 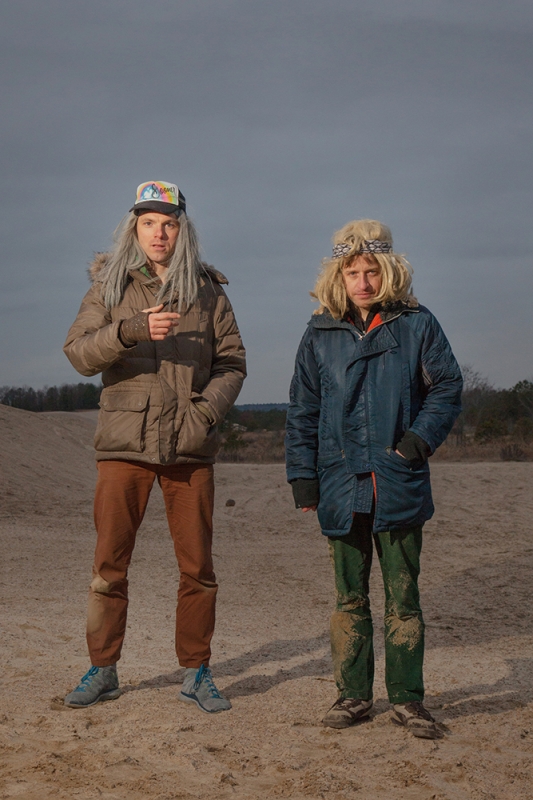 Lightning Bolt joined Birthquake and Baby Gurl on the Kilby Court stage, belting out intense rock n’ roll energy. Photo: Natalja Kent
The sound of muffled bass echoed across 300 West as I walked closer to Kilby. The closer I was, the more decipherable the music became. By the time I was in the alley, it was clear that Baby Gurl had taken the stage earlier than expected. It was truly fitting for Baby Gurl to open the show, as they were slatted to open for Black Pus (Brian Chippendale’s side project) two years earlier. When I first ran into this amazing duo, they were just establishing their sound. Comedic banter and sophomoric tunes characterized the show. While these elements still ring true, the band has matured into itself. They’ve ditched the toys, mastered their loops and have cut down on the chit-chat between songs. I love these guys. They made my Top Five in 2013 and their new split with Portland’s finest, Gaytheist is probably going to be up there this year. Bass-laden fire thumb slaps, trub-caked beats and shout-metal vocals ooze onto the audience as they play a mixture of their material. My new favorite, “Happy,” sounds what I imagine 41 years old with three kids sounds like—sneaking a burger before going home, masturbating to mobile porn … Louie C.K.–ing through life. They closed out their set with “James,” a song about a paraplegic thug, a song that has been my alarm clock song up until a month ago. There is nothing quite like yelling with five other people “Watch out mother fucker / I’m going run you over / In my electric wheelchair.”
Next up on the stage with SLC-scene standbys, Birthquake. I’ve listened to these guys work here and there, but have somehow missed out on their live performance. Birthquake sound like progressive jazz punk or if Return to Forever dabbled in punk and were asked to compose a platformer game soundtrack. A soaring repertoire of “Calculus II” math rock, I was surprised at just how tight their rhythm is. Mostly an instrumental band, their drummer Matt Whitaker plays the frontman of the group with his animated expressions and witty remarks between songs. Even though they do qualify as a noise group, they could easily open for major jazz bands and still keep that type of audience engaged. They closed their set with “There are Possums on This Plane,” a flighty song with a quick ascension into cutting hooks and trip-able timing changes. Find these guys on bandcamp and make them your soundtrack for the day.
Quickly after Birthquake left, Lightning Bolt took the stage. These guys have been around for a little over 20 years, but the music world has yet to catch up. Fuzzy bass riffs with popping drums in a fog of chaos, lyrics shouted in reverb echoes, their sound is at the apex of musical progression. Donning a mask stuffed with a microphone, Chippendale’s style of drums sounds like a competition with himself, each fill and roll a little more complex than the last. The audience took quickly to the rhythm, bobbing, twisting, throbbing in concert, edging closer to the stage with each song. Their most recent album, Fantasy Empire, is everything Lightning Bolt is known for, but with a more melodious scape. There were moments in their set that danced around sludge, with more discernible lyrics and slower pacing. At one point, the breaker blew and all you could hear with Chippendale ravishing his kit. I blurted out “holy shit” in amazement at the sheer intensity of his twitching, staccato clips at his drum skins. For me, this made up for missing Black Pus two years ago. I just hope Lightning Bolt come back to SLC sooner.
Photos: