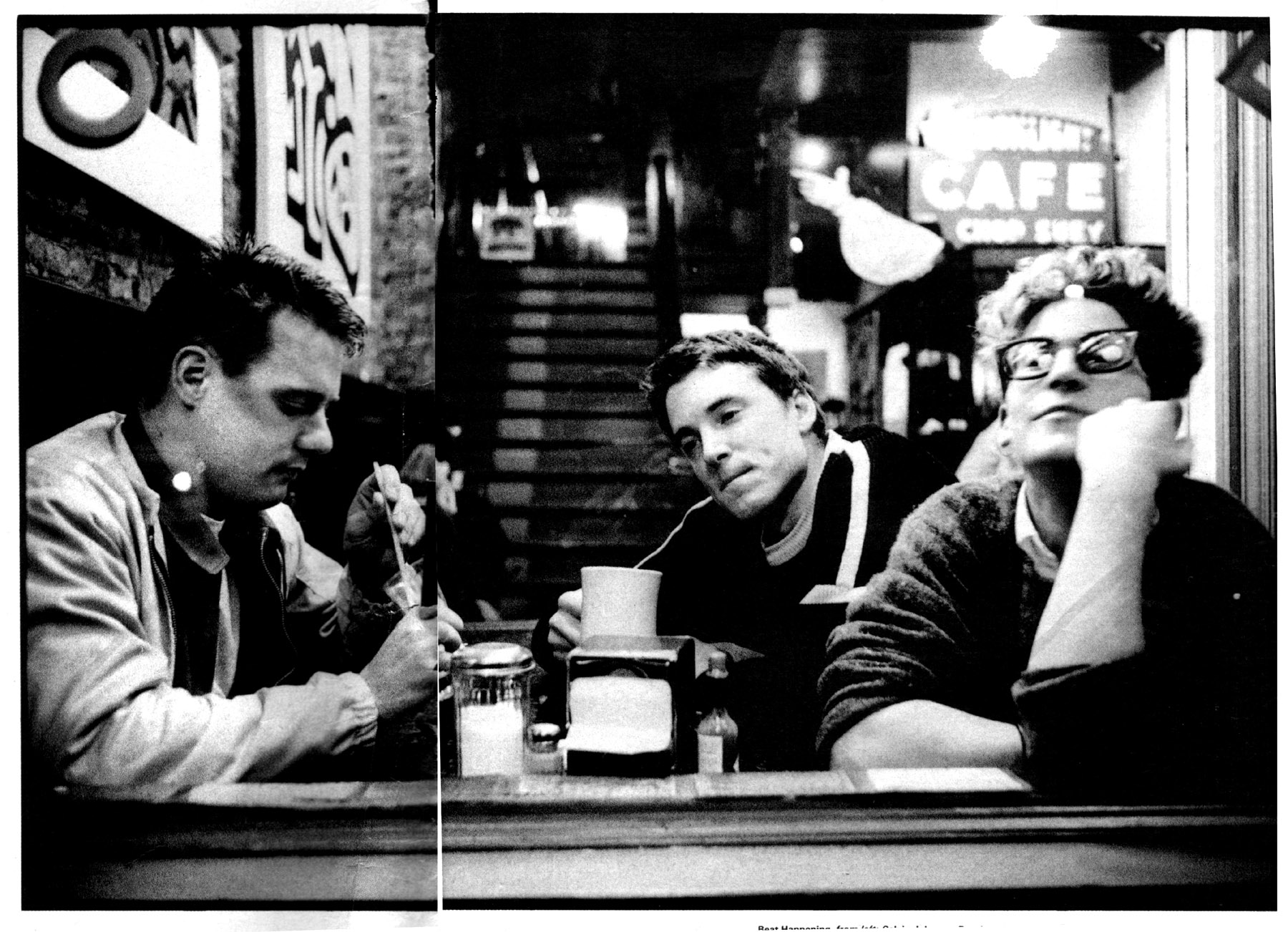 Looking Around at Beat Happening

Think DIY, and one thinks homey, living-room production, a sort of playing around—though not always playfulness—and a raw sort of determination. This perception comes from a long line of DIY artists that have passed through our ears and venues over the years, but few have both endured as long and so purely embodied that feeling quite like Beat Happening have. The band recently released a compilation of tracks from their heyday in the ’80s and ’90s, titled Look Around. This and a 33 ⅓ release about their debut album, Beat Happening, show that their music, as unassuming as it is at first glance, maintains a true strength and allure after all this time. The band’s drummer and sometimes vocalist Heather Lewis reflects about the band that inspired so many people, and still does.

Beat Happening sprung from a well of creative youth, all gathered in the small Washington town of Olympia, which didn’t have much by way of nightlife. “There weren’t all ages clubs,” Lewis says. “[You] couldn’t go to a bar, so people hung out together. Like, ‘let’s have a show—who wants to play?’ It happened very organically. People saw their friends doing it, and it was fun, and we all liked hanging out together.” This playful dynamic shaped Lewis’ perception of what a musician was. “I think everybody can play music inherently,” she says. “Everybody sings along to the radio and everybody understands what music is. “As far as who was a musician and who wasn’t a musician, the line was pretty blurred. There were definitely people who had been playing instruments—knew how to play guitar, you know. They had practiced. And then there were people who were just there, who were giving it a try. And that was pretty much true for me.” Lewis fell into bands this way, joining the band Supreme Cool Beings after simply messing around on drums she’d never played. “If you’re making music and you’re sharing it with other people,” she says, “you’re a musician.” This open attitude about the nature of music, and an infrastructure built on friendship and hanging out can be sensed in the sound and lyrics of Beat Happening. Especially on their 1985 debut album, they sound simple, using only guitar and drums for instrumentation. Calvin Johnson’s dour baritone erased any need for an actual bass, while the short, beating rhythms and jangling guitar behind him sounded like some old wind chime tangled up with its kitschy knick knacks.

With their innocent yet determined exploration of sound and performance, they were the opposite of the far-reaching punk music that was so pervasive at that time and in the Pacific Northwest. Lewis says, “I remember … when the whole grunge thing happened and Sub Pop started. We were good friends with Bruce Pavitt and we’d go to these parties and he’d want to introduce me to these people, and I remember thinking, ‘They think I’m an idiot. Why are you introducing me to this person, I’m sure he thinks I’m just an idiot who can’t play music.’  What we were doing just felt so different from what other people were doing. I never felt like part of the scene. In some ways, it was discouraging but in some ways that was the point. Like, ‘No, we’re gonna get up here and we’re gonna do this. We’re not hardcore punks; this is what we’re doing.’ And that was why some people were really confrontational with us. I mean, some shows were really, really hard, and I know, if it hadn’t been for Calvin, I would have been like, ‘Screw this—I don’t need people yelling at me. This isn’t fun. People hate us—why are we doing this?’ But ultimately, we kind of pushed on through and I think both Bret [Lunsford] and I, and certainly Calvin, knew that this is what we [were] doing, and that this [was] valuable. And some people liked us.”

Although Johnson was at the center of the project, the three of them shared a closeness that feels tangible in their music. It’s easy to envision them crammed in a cluttered room, awkwardly crafting songs and taking breaks, as Lewis says, to go hunt for movies at the video store. “I don’t play music at all now,” she says. “For me, it was just a product of that time and the people that I was spending time with.”

And even if there is distance, that doesn’t change that bond. She says of her sometimes flighty residence in Olympia that, “There was room. Like, I’m gonna go [away], but we can still be a band. I mean in some ways, I feel like we are still a band, in our heads. There’s still that relationship. Just because you’re not doing it so actively… like, you had this thing you did together, and if you want to get back together and do it more, you can. It’s a state of mind, it’s not a place.” This lingering feeling she expresses is proof too, of the band’s redefinition of what music was, what a band was, what performing was. It was, like a friendship, whatever they wanted it to be.