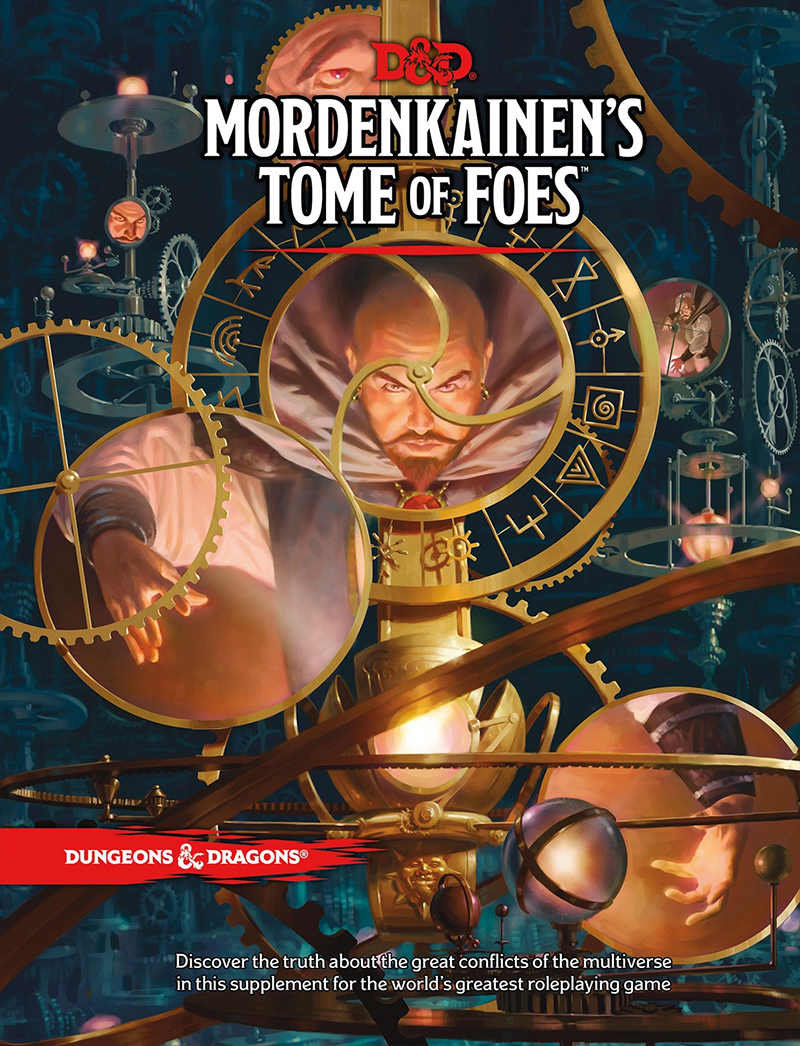 Mordenkainen's Tome of Foes | Wizards of the Coast

What sacrifices are you willing to make to ensure interplanar balance? What role will you play in the conflicts to come? Those are two of the main narrative themes presented throughout Wizards of the Coast’s newest publication, Mordenkainen’s Tome of Foes. Almost immediately upon cracking open the creature compendium, I was inspired by its depth and breadth to consider ways of incorporating elements from the Blood War and the Giths’ feud—with the notorious monstrosities known as mind flayers—into my own homebrew campaign. There are also thoroughly comprehensive chapters about the history of elves, dwarves, halflings and gnomes with new player subraces. Much like Volo’s Guide to Monsters and Xanathar’s Guide to Everything, Tome of Foes offers a wealth of personality and utility.

The premise of Tome of Foes is an account of an eternity of conflicts across the multiverse told from the collected research of the morally fluid wizard—from the world of Greyhawk—known as Mordenkainen—and penned by his lackey, Bigby. Honestly, the titular arcanist reads a bit like Avengers: Infinity War’s Thanos in his devotion to interplanar balance. Mordenkainen’s legendary cosmic arrogance is interjected throughout the book, reflecting the cold calculation of a wizard who’s spent decades reaffirming his own self-importance as one of the few capable peacekeepers.

As is the norm in the digital age, there’s a fairly useful online supplement in the form of D&D Beyond’s daily articles, which explores some of the reasoning behind the inclusion of the varied nightmares on display. One such creature is the Oblex, the result of Illithid experimentations gone horribly awry—though that’s a foregone conclusion when discussing Illithids. The article on the aforementioned ooze explains that the idea came from the terrifying imagination of a young boy named Nolan Whale, who’s a part of the Make-A-Wish program. Also accompanying the digital edition of Tome of Foes is a lengthy (and free) 9th-level adventure with pre-generated Githyanki and Githzerai player characters.

Tome of Foes has little mechanical application for most players outside of the additional playable races, save for probably the most important facet in all role-playing games—inspiration. Did your character’s village suffer collateral damage from a nearby demonic assault in an effort to gain territory in the eternal struggle of the Blood War? Perhaps you’re an upstart Githyanki soldier, cleansing the land of Illithid and building allegiances in the name of your queen, Vlaakith. Have you been looking for the right subrace to complement the Warlock’s Hexblade subclass? Have you found the Shadar-kai to finish the puzzle? Tome of Foes may have the pages you need to conjure richly imagined facets for both playable characters and narrative threads alike, and I think it’s in that latter category where this book offers the greatest value.

From the position as a dungeon master, Mordenkainen’s Tome of Foes is a must-buy. There are a couple sections of the bestiary that feel slightly recycled, namely the demon and devil lord stat blocks. The adventure Out of the Abyss has a dedicated segment specifically for these unholy rulers and their context in this region, but that’s ultimately a negligible detail when you consider the immense top-level detailed contribution to the unremitting conflict between them. I vastly prefer the direction and focus 5E took with its supplementary books by dressing them in a vibrant tapestry built on decades of D&D history. When flipping through dozens of new monstrosities on display, I become giddy with anticipation for the countless opportunities to terrify and captivate my players. Whenever anyone asks why I’m a dungeon master, books like Mordenkainen’s Tome of Foes immediately bolt to the forefront my mind because they serve as vehicles that drive my creativity to entertain friends gathered around the table, sharing in drinks and gasps as a reckless barbarian bursts through the door to find a pustule-pocked venom troll napping on the other side. –Rob Hudak