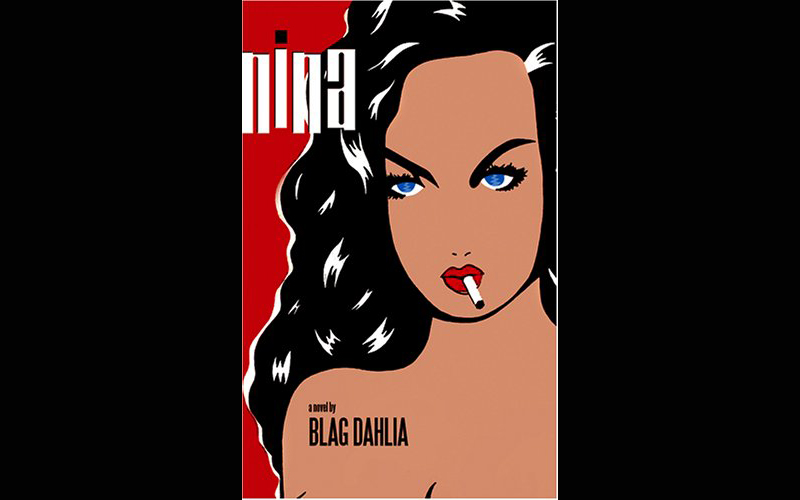 Blag Dahlia is one of those notorious figures in punk rock that many people idolize for the same reasons that others abhor him. As the front man of The Dwarves, Blag has made a career out of shocking audiences for more than twenty years. With his second novel, Nina, Dahlia tries to represent his twisted view of the world through the eyes of a fifteen- year-old girl. Throughout the novel, Nina is presented as an apathetic young girl who hates the world around her, but loves to take advantage of the people that inhabit it. Unfortunately, the book uses the same formulas over and over again to progress the plot to nowhere in particular. Nina gets stuck in numerous hopeless situations only to seduce some sort of authority figure in order to escape. Not only does this get kind of repetitive, it’s also kind of creepy. Dahlia’s constant portrayal of Nina as a girl entirely consumed by the notion of sex, and engaging in the act with numerous creepy old guys made me question if Nina is really just a manifestation of the author’s own desires. Weird. Dahlia also does little to flesh out the character of Nina, choosing instead to introduce a handful of new characters every few chapters, developing them and then casting them to the wayside a few pages later. There are some interesting moments in Nina, but Dahlia gets a little too nihilistic for his own good by getting lazy and killing characters off. Also, for a guy who writes a monthly article called “How to Write Good” Dahlia isn’t much of a master writer. He’s not horrible, but it’s clear that if Dahlia weren’t a mildly famous person that this probably wouldn’t have ever been published. Nina definitely has its moments, but overall it just seems like a trashy novel about a creepy old punk rocker’s insatiable lust for young girls. –Ricky Vigil