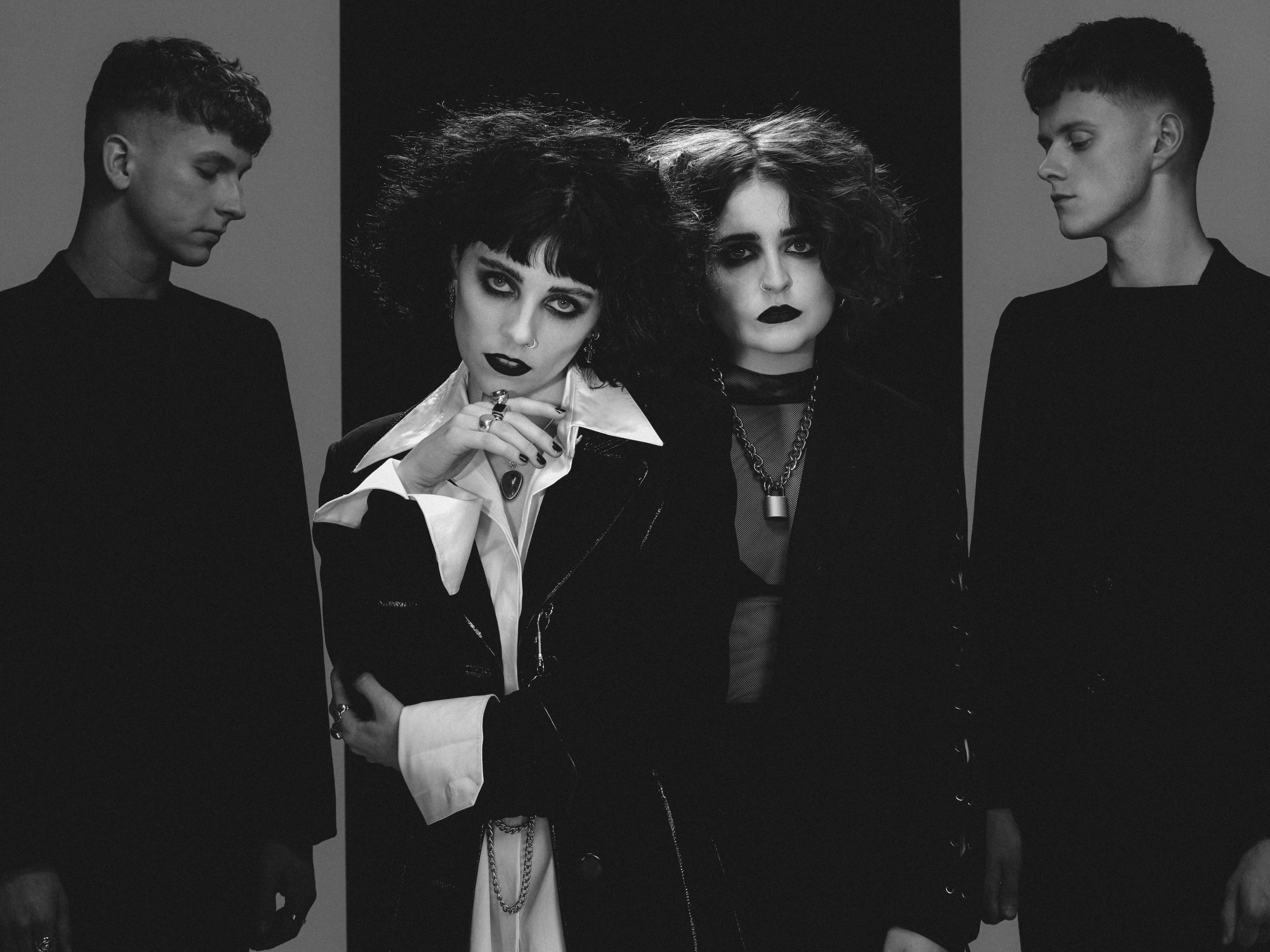 Mancunian co-ed, Pale Waves swept through our fine city one year ago—nearly to the exact day. After chatting with front woman, Heather Baron-Gracie and drummer Ciara Doran at the time of their freshman foray in Utah, it was apparent the brilliant, young band had a bright year ahead. Returning to a slightly larger venue on this round, Dirty Hit’s freshest foursome have proven themselves with a slew of respectably successful hits, clever music videos and the release of their stellar debut album My Mind Makes Noises in the early fall.

Baron-Gracie and her band mates including Doran, Hugo Silvani and Charlie Wood have had a handful of adventures over 2018, which have added to the polish and professionalism of their stage presence. Having been stuffed into the charmingly-cramped garage of Kilby Court twelve months ago, the stage of In The Venue was an earned, albeit minor upgrade for a growing band not intent to blend into the endless pop drops at the top of the charts.

Armed with a lengthy LP of tracks, Pale Waves gave good gig on a whole new level this time around. An equally glam array of mall goths and mid-twenty-somethings filled the venue, with a marked number already sporting merch from the bands prior visit—a testament to their growing popularity, especially in youthful cities such as ours.

Previous openers hailing from Ohio and fellow Dirty Hit band, The Candescents returned to open the night—looking as down-to-earth scruffy and sounding as college rock as before. Indie rising star, Kailee Morgue rounded out the warm up with her underground hit “Fuck You” and raised cheers of familiarity from the audience.

Baron-Gracie and co. were welcomed energetically well into the night, opening with notably more fanfare and deliciously catchy hit: “Television Romance.” Her usual marionette-like maneuvers were met with more crowd thrills than before, affirming the growing love for the band in this particular postal code. Everything from the stage production to the band’s acumen a year later were an enjoyable progression to witness—something like the unfolding petals of a thriving, emo, deep-crimson rose in bloom.

Fans of teenage nostalgia with a few sharp edges will enjoy the sounds of Pale Waves, as displayed with “Eighteen” and “New Years Eve,” all of which were played to perfection live. Mid-set, the anthemic “Drive” was a delight to hear—being arguably the grandest track of their debut album—followed by bleak, melodramatic treat “My Obsession.” After a brief intermission following “Noises” and hungry chants of “Heather come back” from the audience, Gracie and her colleagues returned to the stage. Pale Waves finished their set with a crowd chorus sing along and their charming singer calling the audience “fucking legends” as the band closed with epic earworm, “There’s A Honey.”

Baron-Gracie now inhabits a more confident, composed onstage persona with the charming remnants of awkward discomfort that lend to her relatable performance. Doran, Wood and Silvani mirror the same evolving style, both sonically and stylistically. One can only hope this young band’s personal connection to their listener base doesn’t wash away with their developing trajectory. Pale Waves will wander through our territory again in late April as veteran co-openers with No Rome for label cohorts The 1975’s forthcoming world tour. It would be worth the ticket price to see this band, yet again, bring catchy, guitar-driven dreampop to our ears.