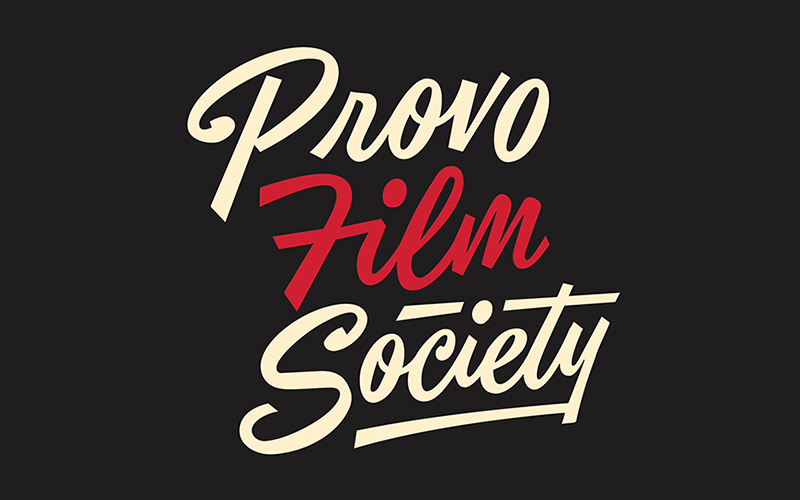 As downtown Provo proceeds to undergo a kind of hip evolution with venues like Velour and restaurants like Communal and Black Sheep Café, it’s still struggling with the Utah County stigma—this idea that people south of Bluffdale have no interest in cool things like independent cinema. Even those who wish to pursue these interests in Utah County seem to think this is the case, as many of them move north or out of state to pursue their interests. To be fair, Provo really doesn’t have an independent film venue that appreciates movie geekdom in the same vein as Salt Lake’s Broadway and Tower theaters, and therein lies the problem.

Solving this problem has become the focus of the Provo Film Society, an organization of artists and film enthusiasts from all over the state. Organized earlier this year, the Provo Film Society is dedicated to preserving an appreciation of independent film in Utah County. “There’s never been anything like that in Provo,” board member Joshua Ligairi says, “The only outlet for a foreign film would be through BYU, and they’re often edited for content. A lot of us grew up here or came here as college students—all of us have wanted this for years, and we’re going to put our heart and souls into it.”

Their current passion project involves constructing a movie theater in downtown Provo that would screen limited-release films or independent films with some kind of local connection. “Even though the music and restaurant scene in downtown Provo is really good right now, people don’t really spend an evening down there very often,” says Ligairi. “We just want to contribute to what’s going on in Provo. There’s a lot of cool stuff happening here finally, and we want to keep the momentum going.” In order to jumpstart this campaign, the Provo Film Society is holding a 10th anniversary screening of Greg Whiteley’s documentary New York Doll. In addition to a post-viewing Q&A session with the director, the event will feature a concert by a house band made up of members of Neon Trees and Fictionist, who will perform some New York Dolls tunes to commemorate the film’s anniversary.

New York Doll first premiered at 2005’s Sundance Film Festival, earning high praise for documenting the post rock star life of Arthur “Killer” Kane, bassist for punk legends, the New York Dolls. The film explores Kane’s descent into drugs and alcohol as well as his life as a member of the LDS Church in California, and it’s an excellent piece of documentary filmmaking. Kane’s story alone is cinematic gold, and Whiteley manages to portray the LDS community without pushing an agenda or demonizing the religion in any way. “Whether I’m filming a Mormon proto-punk rocker or a Republican presidential candidate, I try to film them both with a cold eye and a warm heart,” Whiteley says. The genesis of the film began after Whiteley had become acquainted with Kane as mutual ward members in California. “I was fresh out of film school and desperate to tell someone’s story. He was about to die and desperate for someone to listen to his.” Since then, it’s become an influential film for independent documentarians like Ligairi. “Being a Mormon kid with a punk background, New York Doll had a huge impact on me the first time I saw it,” he says. “I related to the movie in tons of different ways. I also saw that it was possible to make a movie about Mormon culture without making it seem really lame.”

It was Ligairi’s own career as an independent filmmaker (he and co-director Andrew James released Cleanflix in 2009) that put him in touch with Whiteley. “I had contacted Greg about screening his new film, Most Likely To Succeed, and he told me that the 10-year anniversary for New York Doll was this year, and that captured my imagination.” Ligairi says. Inspired by one of Provo’s Rooftop Concert Series in which a house band covered John Lennon tunes, Ligairi contacted Branden Campbell of Neon Trees to see if he would be interested in putting a band together to cover some New York Dolls songs for the event. “[Campbell] has been a New York Dolls fan since he was 13, so he was excited to be a part of it,” Ligairi says.

Since the Provo Film Society is a nonprofit organization in its early stages, it’s always looking for help. “The most important thing is to get in touch with us on Facebook,” Ligairi says. “We have a sign-up sheet for volunteers and we’re going to open it up for memberships in the near future.” Ligairi is also hopeful that the upcoming theater will be ready to be a venue for the Sundance Film Festival in 2017, and there will be plenty more opportunities to help the film society continue to grow.

The New York Doll screening and concert will take place on Friday, Oct. 23 at the Covey Center For the Performing Arts at 7 p.m. For more information about the Provo Film Society visit facebook.com/provofilmsociety.